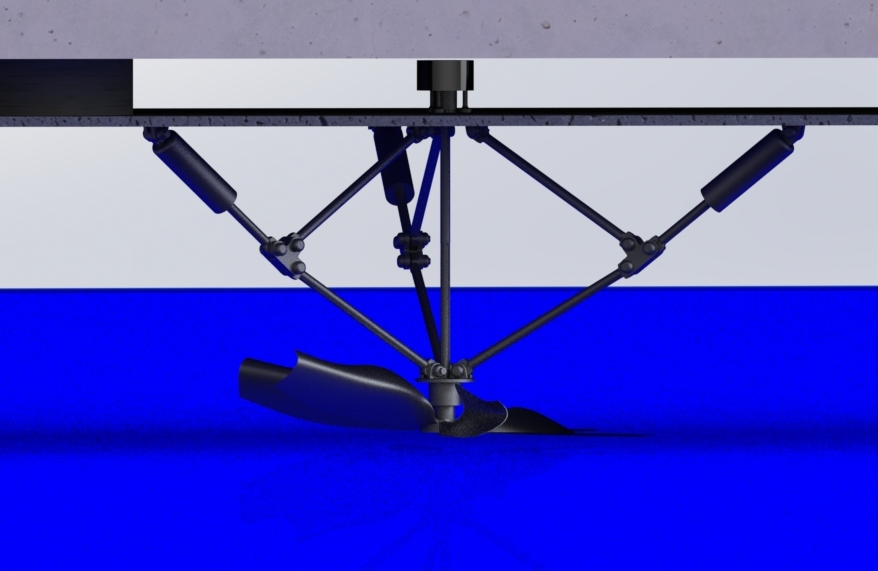 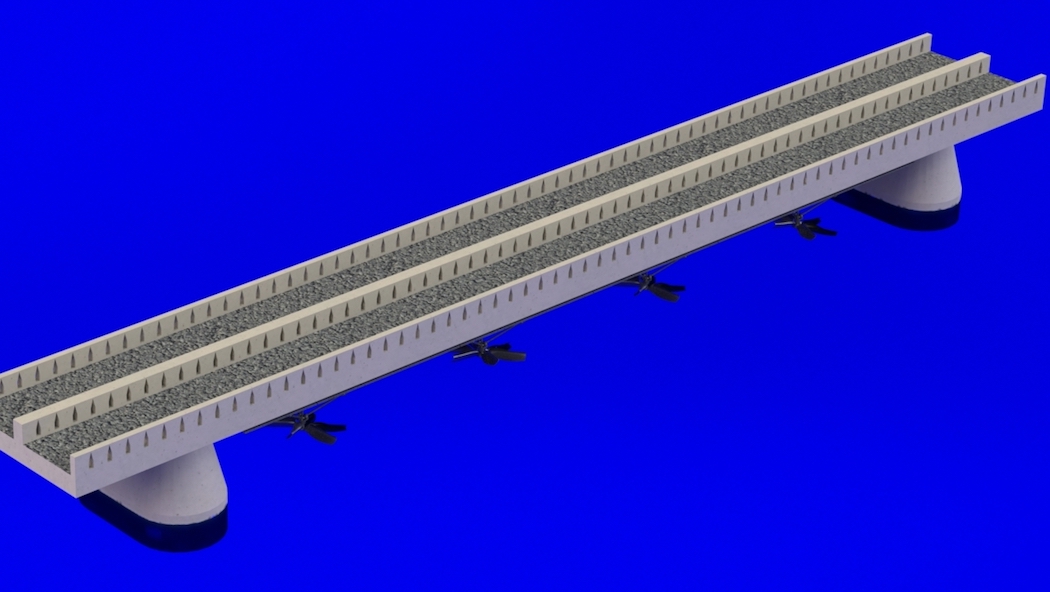 Environmental issues including ozone layer depletion have become a significant issue because of vanishing natural resources and CO2 emissions according to sustainable use of fossil fuels during industrialization processes.

The Vertical Axis Waters Turbine (VAWT) is a device, simple in construction and which gives an appreciable output. Using water resource to produce electricity is a perfect option. But due to complexity of design and initial costs and also absence of a good design for a small scale energy production the small scale water turbines are not used. One of the biggest disadvantage of water turbines is that it needs a dam to be made for the energy production that makes it expensive for the setup and also a lots of skill is required.

In this project model we have proposed a new design for a water turbine which can be used both in small and large scale energy production. The best thing in the proposed design is that it does not need any dam for the setup, it is a water turbine used to trap energy from the surface of the water flow irrespective of the flow of the water stream.

This setup of new design can be used between span under the bridges, In the river wherever required kept at a distance where the flow became again laminar from the turbulence cause by the setup in water, surface of sea and ocean as it can be used even in varying direction of flow of water. There are a lots of surface water turbine designs already proposed and used but the main problem in them is that they cannot be adjusted according to the varying water level. In this design we have also proposed a mechanism that can be used for the adjustment the height of the turbine. The motive of the project is to design and optimize the design using analysis software.

Basic methodology behind the design is in a Vertical Axis Water Turbine the drag on the blades is reduced then the efficiency must be increased by a significant figure. For which we have made a set up in which the blades after rotating 180 degrees in water will come out of the water and since there is much less drag in air as compared to water the unwanted drag in the blade will reduce making the process more efficient.

Even in our set-up the blades can be adjusted according to the varying water level.
The set-up can be used even in varying direction of flow of water such as in oceans.
The blades are designed in such a way that when the flow is from the front the blade produces a lots of drag which gives the driving torque and a small amount of downward force on the blade due to which the whole blade assembly is tilted in a particular angle, due to which the blade present at the opposite side comes out of the water surface reducing the drag.