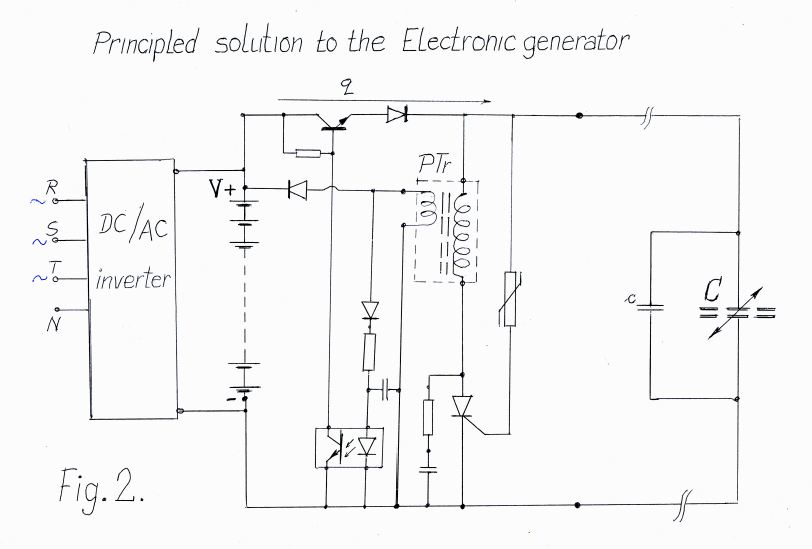 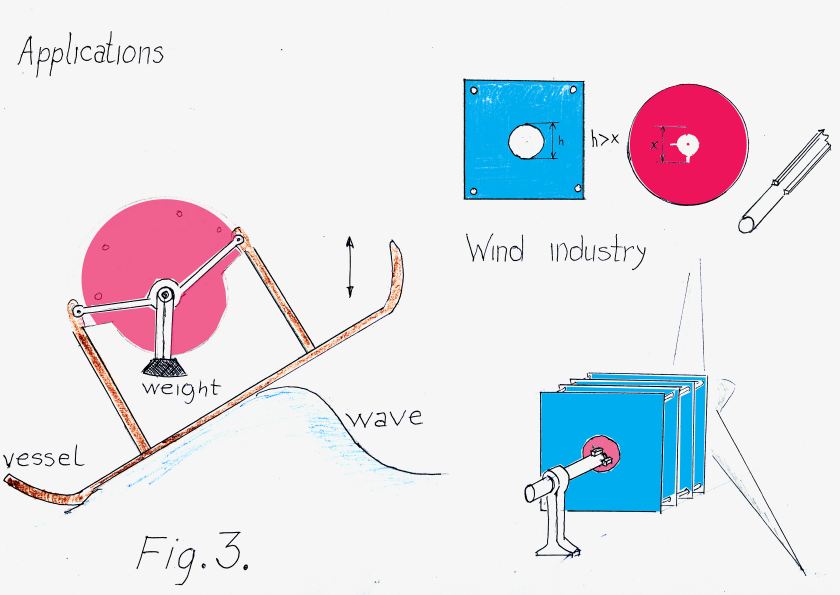 The movement of large masses of water waves,contain large amounts of kinetic energy.Low speed (frequency) waves is a problem for efficient use-conversion of kinetic energy into electrical energy.Electronic generator solves the problem!
The biggest gain in the use of large amounts of energy are people who are residents of the sea islands and coast to households and industry.It is environmentally friendly energy source that emits no CO2.

Advantages of Electronic generators are a simple design,low cost,and reliable operation and maintenance to compare with existing converters of energy waves!
Electronic generator in addition to use in the conversion of energy waves, can be used as a modification in the wind power industry(Geareless Wind Turbine).It can even be used as a mobile phone or flashlights charger, where the energy of motion used when walking.These are the conditions that give the idea of a special marketing premise potential!
Electronic generator is basically a capacitor of variable capacity, which for a small angular displacement, capacity change from the maximum to a minimum!This was achieved by the design shown in(Fig. 1.). Capacitor plates are made of a variety of metal (Copper or Aluminum) sectors, wrapped in a plastic mass of high dielectric constant and high dielectric strength. When the capacitor sectors coincide, the capacity is maximized. When fully dispersed sectors, capacity is minimal.Undulating movement of water changes the position of the plate of capacitor connected to the deck of vessels,compared to the capacitor plate loaded by weight,which under the influence of gravity maintained their position(Fig.3)
In(Fig.2)shows the principle of electronic generators! Batteries,through the protective diode and transistor, electric charge(q)-charge capacitor(C),on the battery voltage(V).By moving the sector of capacitor,the capacity is reduced to minimum, and it increases the voltage n-times (n V).Varistor is turn-on and turn-on thyristor,that the primary pulse transformer(PTr)discharges the capacitor.At the secondary winding is induced voltage suitable for charging the battery via diode.All the while,until the thyristor is turned-off,transistor by optocouplers hold turn-off,to allow turn-off thyristors.When the thyristor is turned-off,the movement of the sector makes to capacity increases,the transistor turns-on and begins a new cycle. A ring that connects the sectors on each plate of capacitor,provides a minimum capacity(c) and limits the maximum voltage on the capacitor.
If the voltage rises n-times,it will be n-times energy of capacitors-higher.Larger number of sectors, provide the greater the amount of energy wil be collected…Inverters using battery power and transmit it to the mains! Batteries and electronics is on the coast.Capacitor is at sea,and are connected with high voltage insulation wires.
Mass production of the generator is easy to perform and requires only a few parts that need to be standardized, both of which could be made simply by assembling thousands of vessels.Rutile plastic masses(based on Titanium dioxide) are suitable for coating plates of capacitor,as they have a large relative dielectric constant and high-dielectric insulating strength.
Price compared to performance of the existing examples (wawe energy converters)is multiple small,and return on investment would be in a much shorter period.