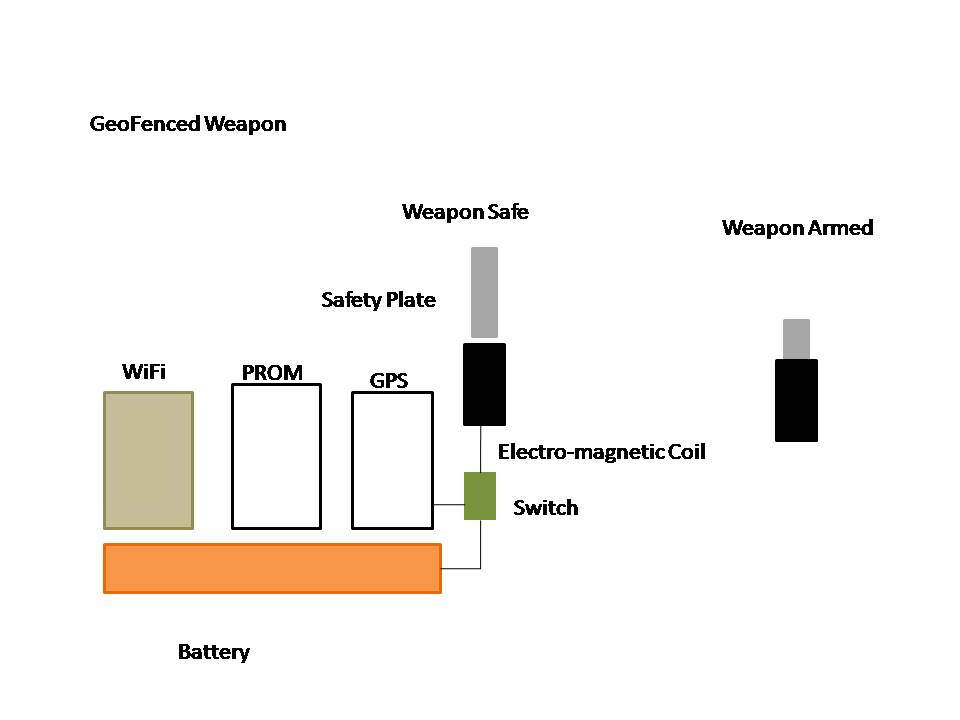 Gun violence is a tremendous problem around the weapons. Guns are stolen from police, military, and civilians then used to commit crimes.

By tying the firing mechanisms and safeties to a position sensing system, weapons would only be discharged in approved areas such as hunting grounds or shooting ranges. Even if a weapon was stolen it would be possible to broadcast a signal with with the weapon's serial number and neutralize it. The communications system would also broadcast the location of where a shot was taken stripping away a criminal's ability to hide the shooting.

The electronics and battery would be molded into the handle or stock of the weapon making it difficult to access the security devices. The PROM storing the locations where the weapon could be fired would have to be changed; not a task for someone would does not understand electronics and the tools to change the memory.

This system would make it very difficult for an unauthorized person to steal a weapon and use it. Even if the weapon is stolen, the weapon's serial number would be broadcast rendering the weapon inert.