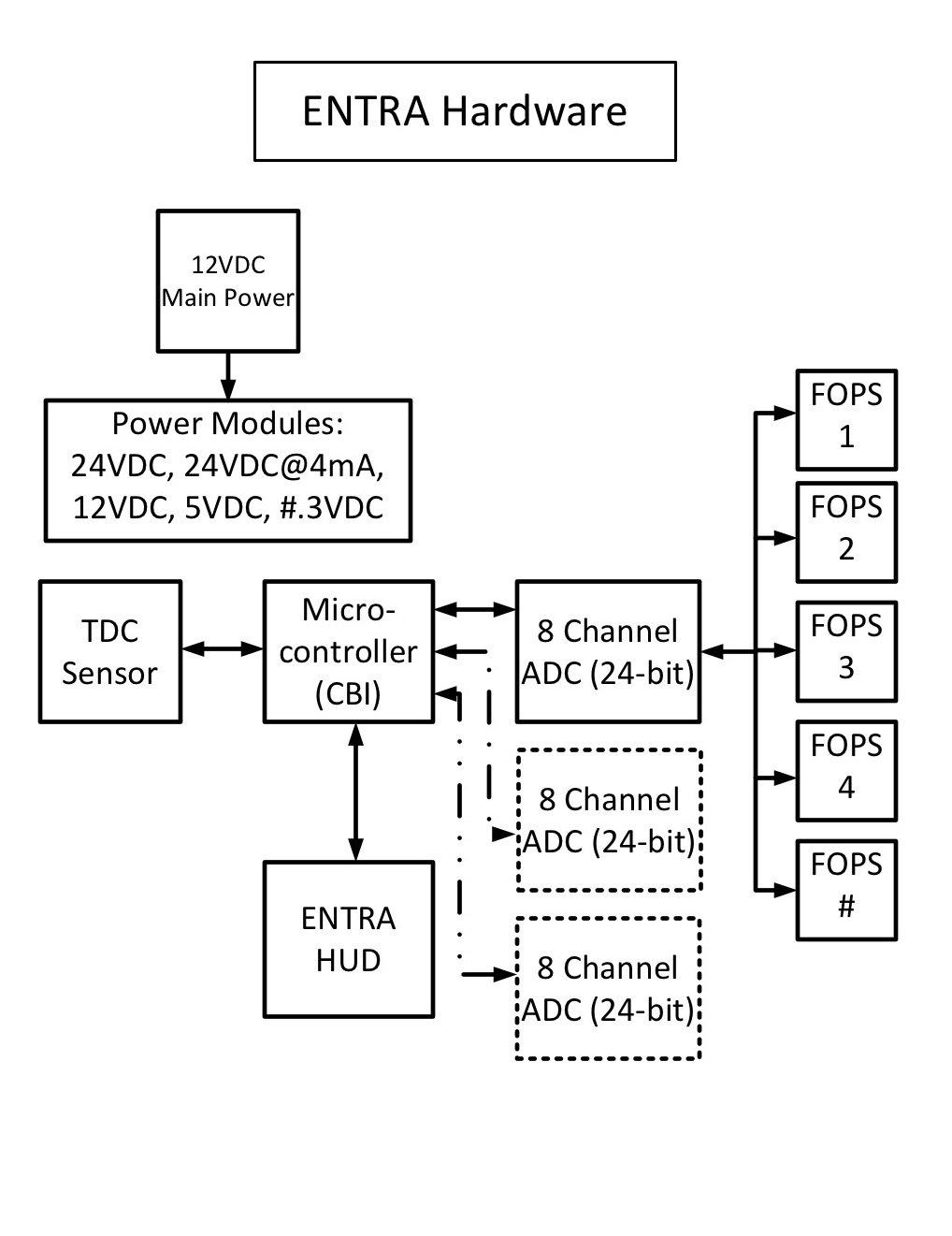 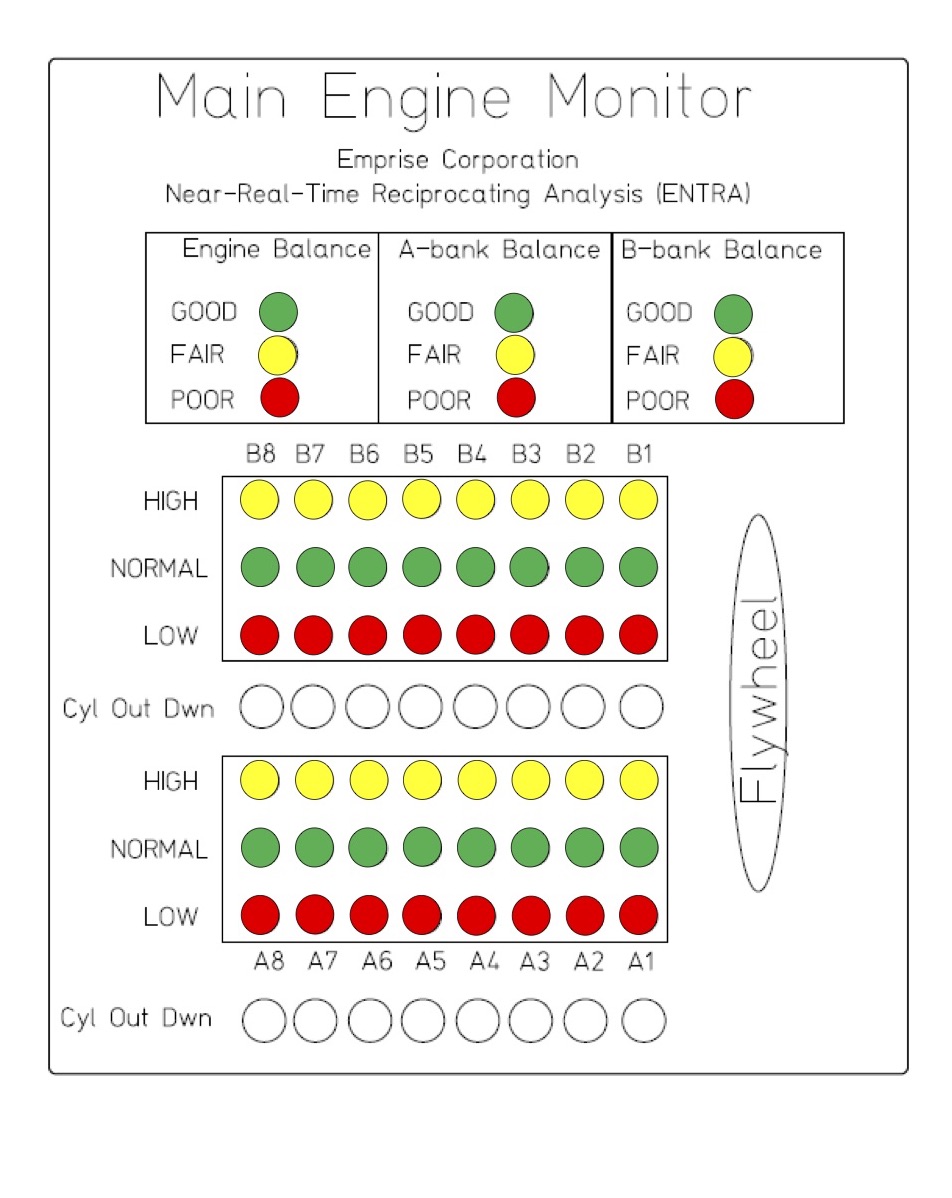 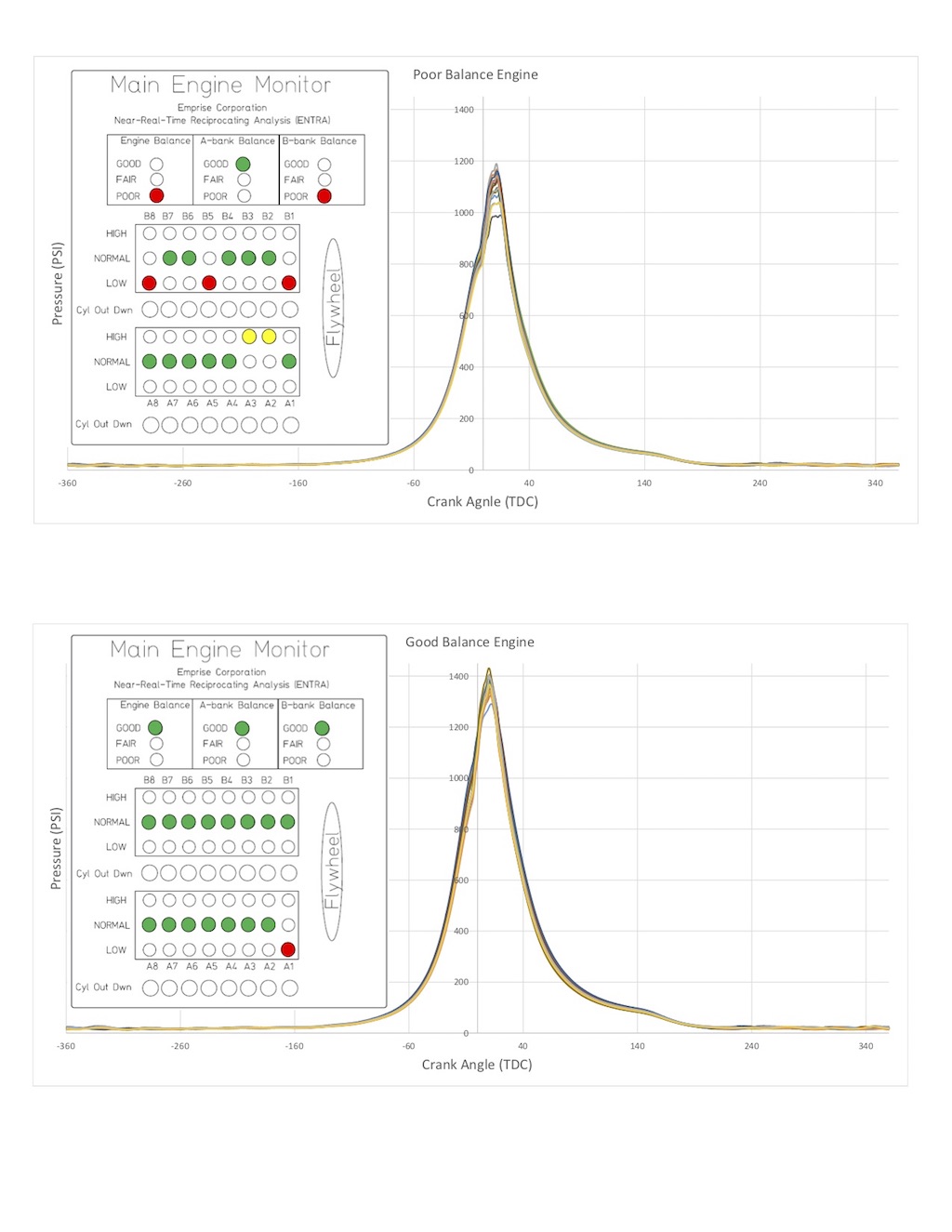 The Navy and Military Sealift Command use reciprocating analysis (RA) as a part of a wide portfolio of technologies to monitor the condition (CM) of the fleet’s large Propulsion and Ship’s Service Diesel Generator engines. The CM data is used to improve fuel economy and enhance the effectiveness of preventative maintenance activities. The RA “shots” are taken periodically by attaching pressure sensors to the indicator cocks, and the Crew Engineers moving a pressure sensor between sequential cylinders during collection. The Pressure Time (PT) data that is recorded is downloaded to the ship’s computer, then displayed graphically in various analysis software packages for interpretation. Some engine compartment environments are cramped and pose potential hazards to personnel during collection activities. With the recent development of Fiber Optic Pressure Sensors (FOPS), FOPS sensors can be permanently mounted on the indicator cocks, allowing for constantly monitoring the combustion chamber pressures, and remoting the access to these sensors outside of hazardous environments.

The Emprise Near-real-Time Reciprocating Analysis system (ENTRA) is a stand-alone, inexpensive system that combines the CBI expert system with FOPS technology to generate a heads-up display (HUD) of engine balance that Crew Engineers can monitor, at a glance, and identify engine faults that require immediate and more detailed investigation through traditional RA systems. Instead of waiting for the typical 1000 hour or 3 month RA shot interval, the assessment of engine condition is constantly displayed with the recognizable green, yellow, red LEDs of the HUD. Figure 1 illustrates a block diagram of the hardware the makes up ENTRA. The ENTRA system is contained in a ruggedized box that is mounted outside of the engine compartment for convenient, and safe, crew access (figure 2).

Figure 3 displays two PT curves for an engine in poor balance and later in good balance after maintenance. Currently, Crew Engineers have to interpret the PT curves after RA data is collected and downloaded to the ship’s computers to evaluate the subtle nuances that indicate the engine condition. This crew interpretation requires a substantial investment in training to maintain analytical proficiency, something that is difficult for rotating crews. Shore side analysts likewise perform their independent analysis of the data. Alternatively, examples of ENTRA HUD displays of the CBI assessment is depicted in the illustrations to emphasize the ease of interpreting HUD displays in comparison to PT interpretation.

The ENTRA systems can easily be installed on deck with no modification of the plant and is not encumbered by ship computer system modification restrictions. ENTRA eliminates the need for sensor and indicator cock manipulation during data collection making data collection safer for challenging engine compartment environments. ENTRA summaries and displays engine condition, based on firing pressures, in near-real-time.