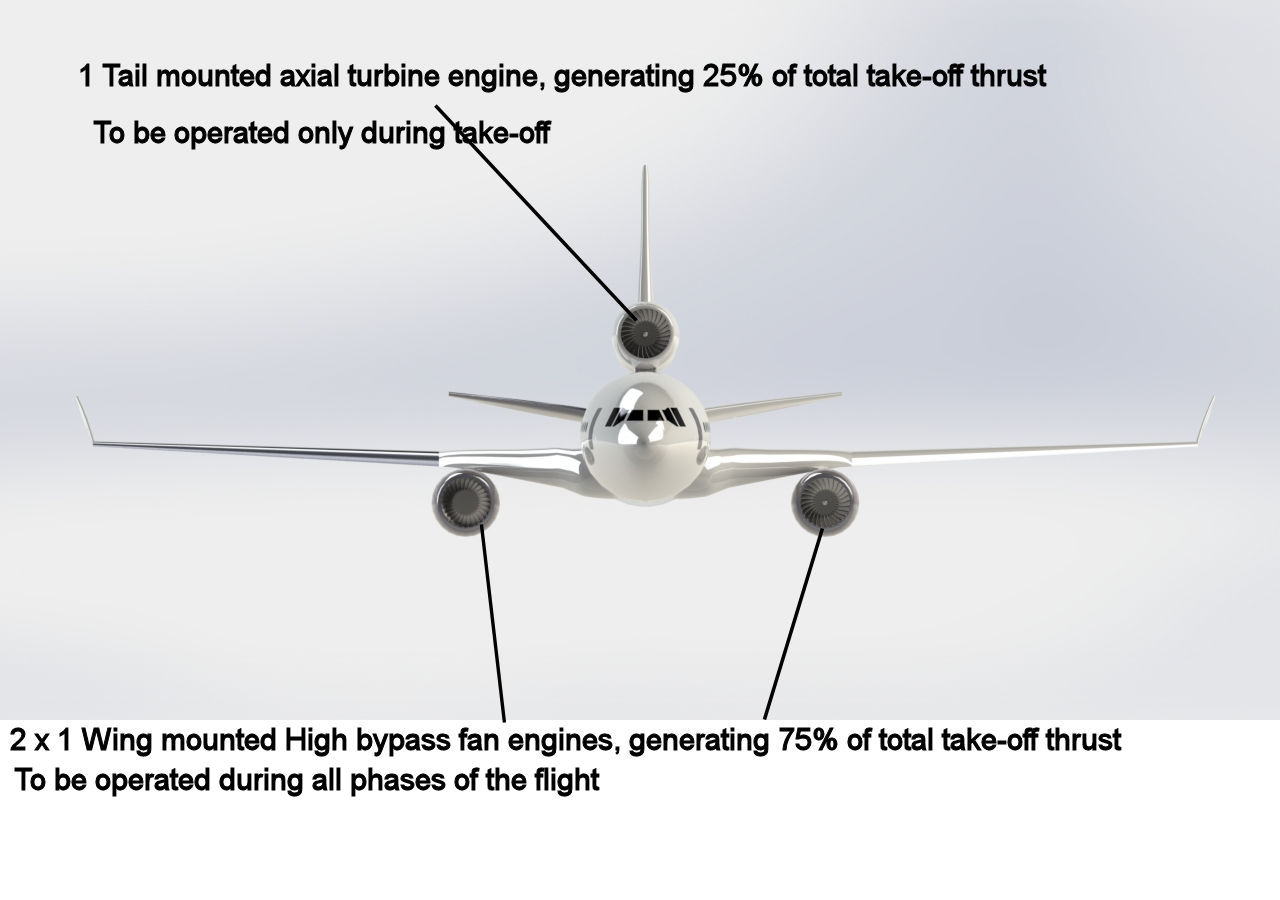 All three engines will be used during take off, climb & reaching cruising altitude.

During the total flight time of 15-16 hours (long range) / 6-9 hours (mid range) third engine will be used only for about 30 minutes. Two high bypass fan turbine engines will be using 90-100% of their full power during take off & cruise, which is approx. 95% of flight duration, will be utilized very efficiently.

Since both type of engines will be running at their full capacity they will be consuming least amount of fuel/thrust. Presently fuel cost is about 35-40% of aircraft operational cost. Hence it is expected to be a substantial saving for airlines if three engine idea is implemented.