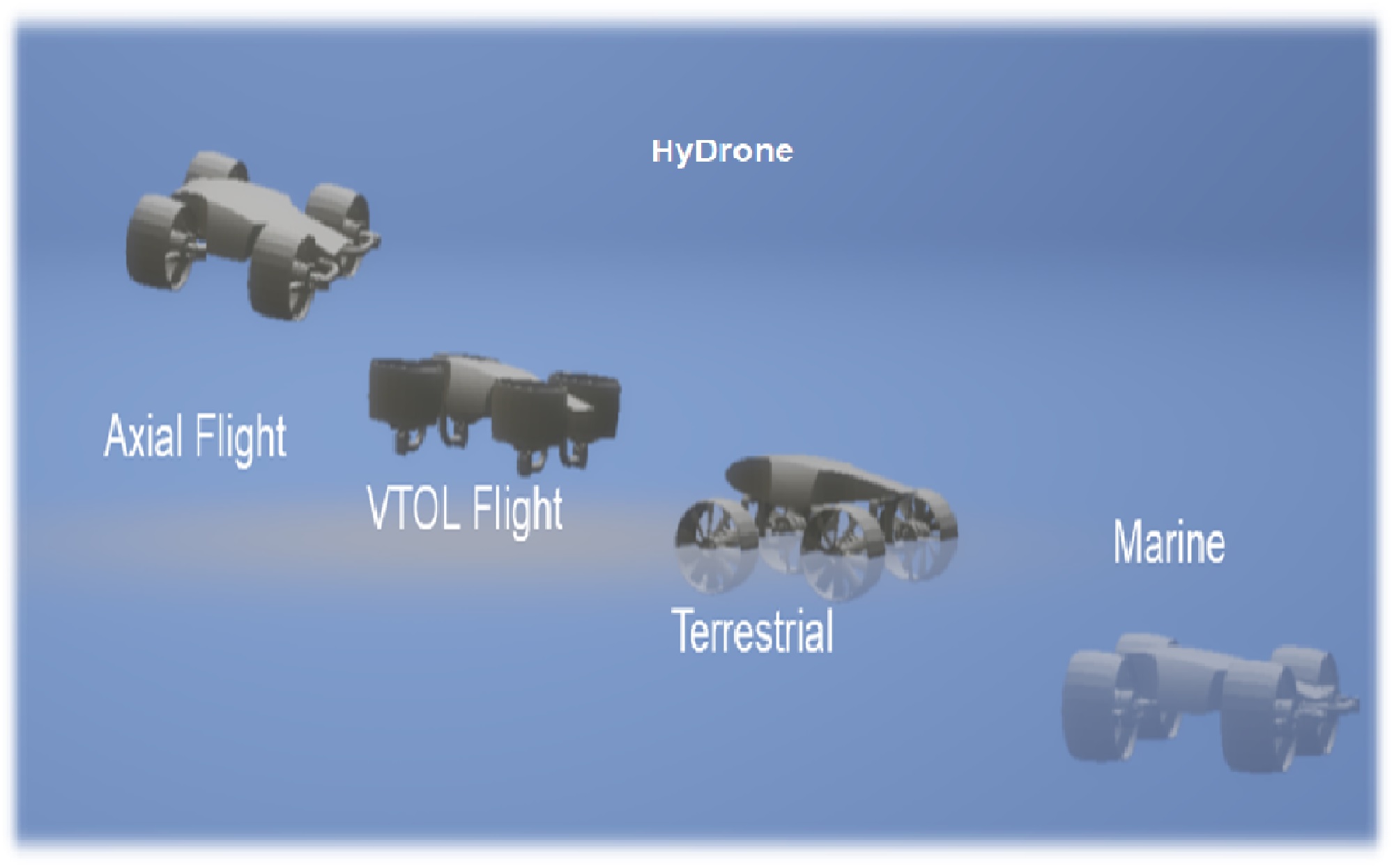 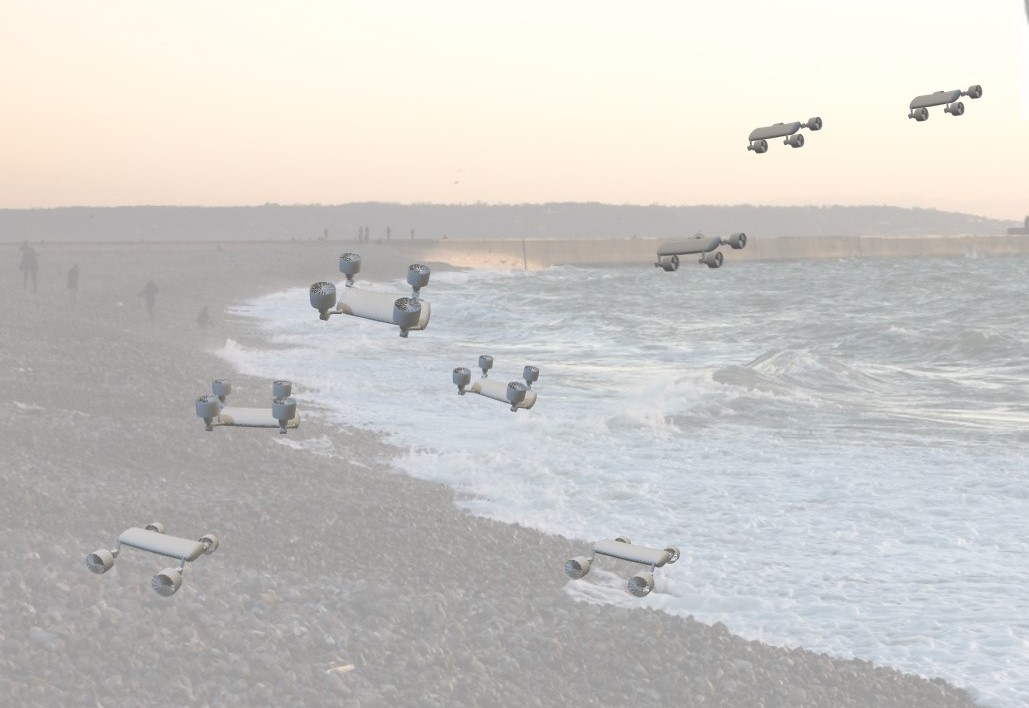 What is HyDroneTM - A vehicle designed to operate in and easily transition between maritime subsurface, surface, ground, hover, and forward flight domains. HyDroneTM can operate in or back and forth between any or all of these domains during a single sortie. This allows a single HyDroneTM to perform missions that would otherwise require two to four separate vehicles with their separate attendant control and support systems.

How Does it Work – The transformational design is enabled by the Hybrid Advanced Mobility Propulsion System (HyAMPSTM) (US Patent 10,180,083, additional patents pending). The HyAMPSTM design acts as a ducted fan propeller in air or water and engages the ducted shroud to serve as a drive wheel on the ground. A rugged and simple motion arm, minimalist shroud engagement system, and modified quadcopter control software configures each HyAMPSTM to deliver vertical, forward or backward thrust in air or water and wheeled drive and steering on the ground based on its position on the vehicle. Transition between modes is accomplished in less than a second. This patented innovation results in almost no “parasitic” elements (used in one domain but just baggage in others) in the design and results in a vehicle with genuinely optimal performance capabilities in each domain.