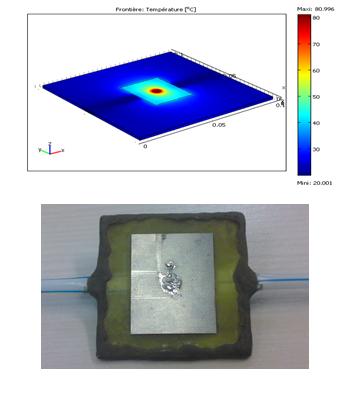 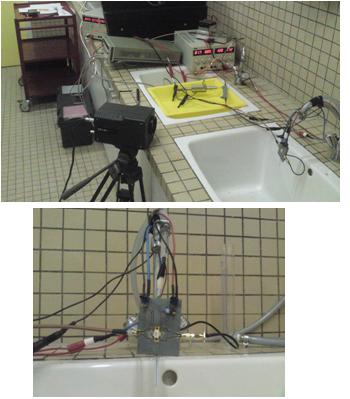 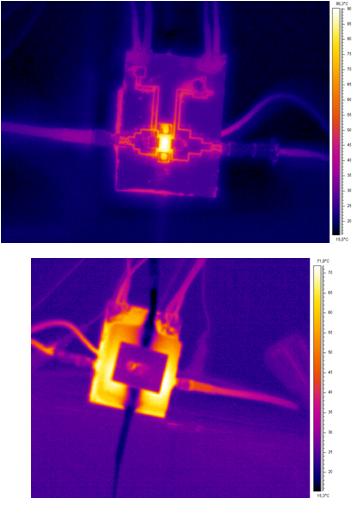 The objective is to develop an antenna achieving electromagnetic and thermal functions by offering a suitable radiating pattern for transmission as a high efficiency for removing the power dissipated by promoting heat exchange with the surrounding medium.

Use of dielectric fluid flow by micro channel is especially considered for cooling.

A power amplifier based on transistor MOSFETs (MRF21010LR1) was fabricated. The bias point as defined in datasheet (Vdd=28 V and Idq=100 mA) for output power of 10W and its Power Added effeciency PAE is about 50%. Thus we have 10 W as a dissipated thermal power.

Different water flows are used: 2, 1 and 0.6 ml/s. Figure 9 presents the temperature distribution of the power amplifier side (a) and the antenna side (b) for thermal dissipated power more than 10W and water flux of 0.6 ml/s. The ambient temperature is 20°C.

No major influences on the electromagnetic performances of the antenna are consequently observed by the presence of different heatsinks, while a higher thermal efficiency is observed to remove thermal dissipated power by promoting heat exchange with the surrounding medium. The thermal powers as Watt per centimeter square of antennas are 0.28 and 1 removed through the microstrip heatsink antenna alone and the microstrip heatsink antenna by distilled water.