A Device for Stopping Explosions at Nuclear Plants 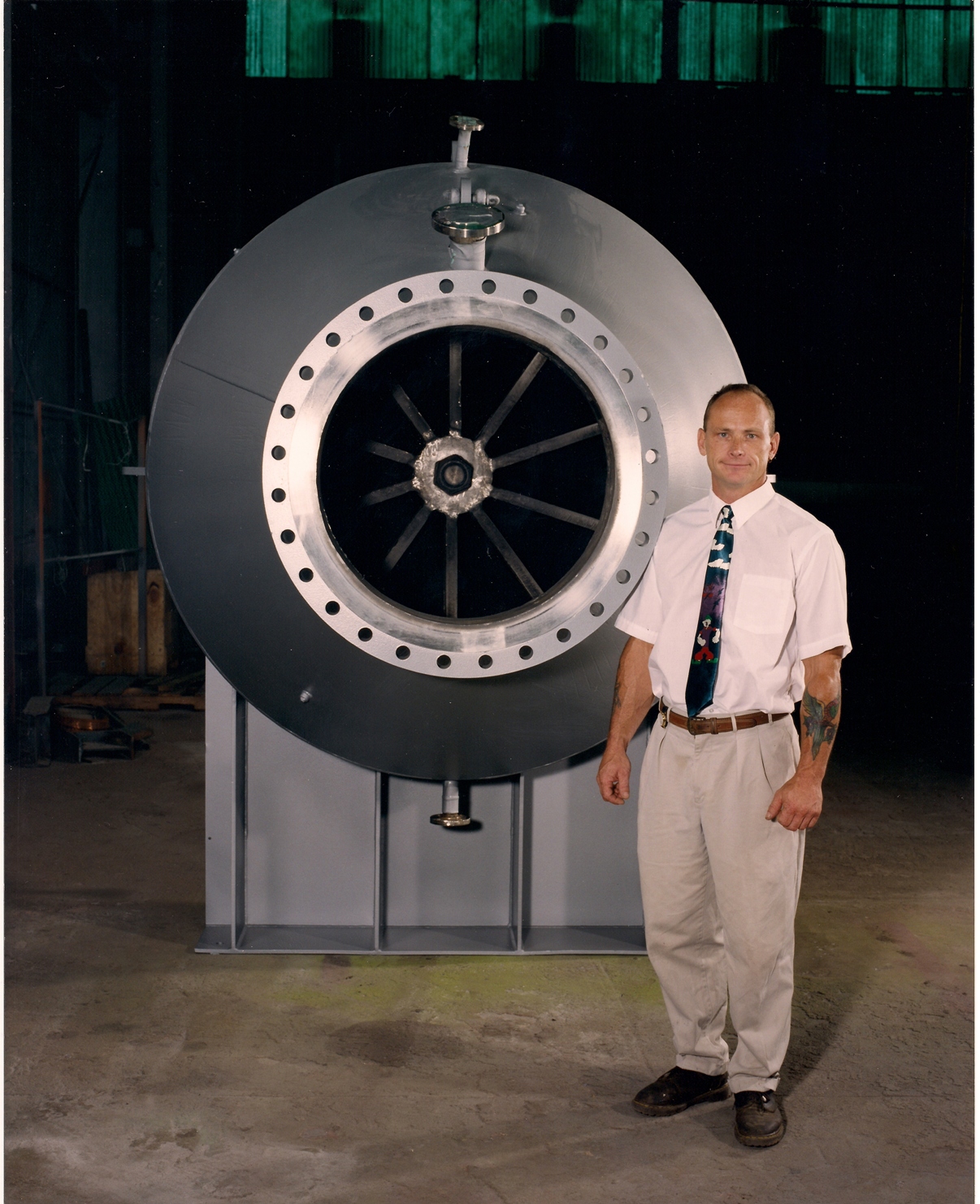 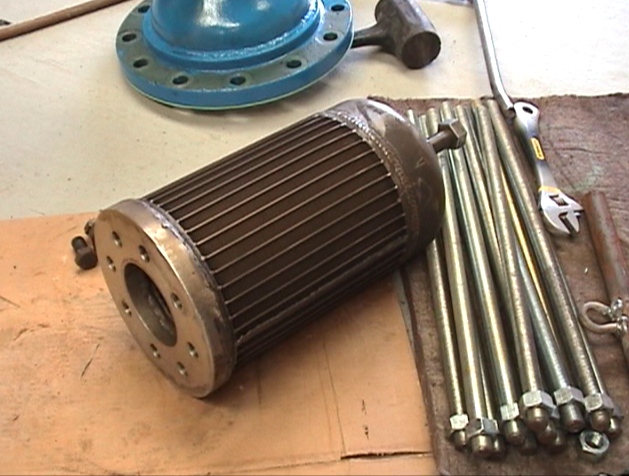 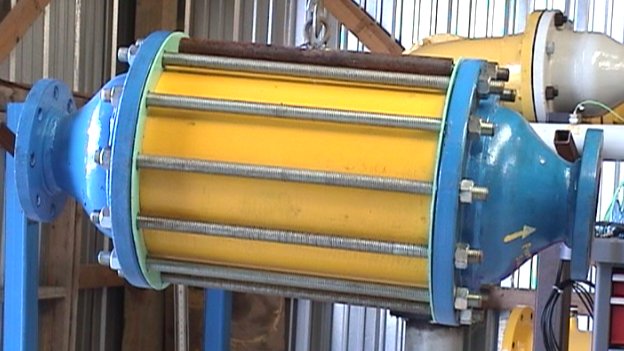 With recent explosions of hydrogen in Japanese nuclear plants there is a need for a device that will stop an explosion of hydrogen/oxygen in an enclosed system regardless of the magnitude of the explosion. A Detonation Flame Arrestor (DFA) is designed to extinguish a flame front resulting from an explosion or detonation of a gas in a piping system. However, in addition to extinguishing the flame, the DFA must be capable of dissipating (attenuating) the pressure front that precedes the flame front. The pressure front (shock wave) is associated with the propagation of the flame front through the unburnt gas toward the DFA. The flame induced pressure front is always in the same direction as the impinging flame travel. The pressure rise can range from a small fraction to more than 100 times the initial absolute pressure in the system and cause significant structural damage causing the DFA element to fail.

DFAs are used in installations where large volumes of gas must be vented with minimal back pressure on the system. DFAs presently used in industrial applications are not known to be effective for low Maximum Experimental Space Gap (MESG) gases, such as hydrogen gas or enriched oxygen and hydrogen applications. Ribbon or parallel plate DFA constructions cannot be cost effectively produced to meet the requirements of low MESG applications. A need, therefore, exists for a DFA design which can be manufactured in a cost effective manner which is capable of operation in low MESG gas environments.

In nuclear reactors stoichiometric mixtures of deuterium and oxygen are produced by the radiolysis of the heavy water moderator. Similar mixtures of hydrogen and oxygen are produced from the light water in the liquid zone control system. These gases are diluted by helium and conveyed to a catalytic recombiner where they are converted back into heavy and light water respectively. Due to the exothermic nature of the reaction and with abnormal operating conditions the catalyst bed temperature could rise sufficiently to initiate a potentially destructive explosion.

To prevent such a sequence of events flame arresters have been installed in systems immediately upstream and downstream from the catalyst bed to stop and quench the flames esulting from any unexpected ignition. The major problems encountered when attempting to design flame arresters for such systems: (1) the types of flame arresters in use have been shown to readily stabilize the flames of H2 -02 -He 1-and H2-02-N2 2, 3 mixtures over wide ranges of flow- rate and mixture strength. This could cause the temperature of the metal arrester surfaces to rise to the extent that they may allow passage of the flame to the protected side of the arrester. (2) A survey of the combustion literature indicates that there is very little information available with respect to the design of flame arresters for highly explosive hydrogen-oxygen mixtures.

This device is manufactured with currently available off the shelf components. It has also been designed and tested to meet industry certifications such as CSA, UL, FM, and ISO.