A Dirigible that Should be Developed 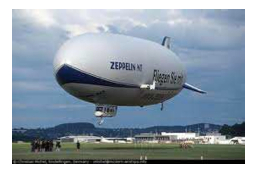 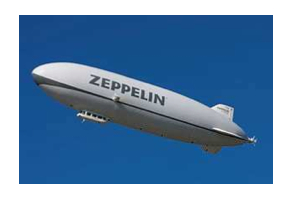 Helium is very expensive to use in a dirigible and even in a larger balloon or a non-rigged air ship. Some of us even after all this time since the Hindenburg crashed in flames, consider hydrogen as being dangerous. This is a false reason about not using hydrogen. Today, hydrogen with modern technologies, can be safely used in a dirigible or Zeppelins. It has more lift ability and can be economically generated on the base or most any place else. It should be not ruled out because of a 74 year ago event.

When hydrogen is pure like most other inflammables it will not burn because there is no oxygen present to cause flammability. In the confined hydrogen there will be oxygen detectors to monitor any oxygen present and oxygen absorbers to keep the hydrogen pure. There are other things that can be done to keep hydrogen safe. Gasoline is far more dangerous. There are many examples of this.

The dirigible should be powered by 2 diesel engines, one on each side of the ship. The propellers will be gimbaled and/or the engines will be movable to enable better control of the ship. This can also be used to provide more lift or other direction of thrust.

On the tail there should be an electric motor driven propeller that can be used for forward thrust or controlling the attitude of the tail. This can be power from electricity generated from the diesels or from electric solar cells on the top of the dirigible. This can then provide some amount of thrust with the diesels stopped. Diesels should be used because they are 45 percent efficient as opposed to gasoline engines’ 25 percent efficiency. Diesel fuel is also much safer than gasoline to store and use.

A smaller model should be built at first and developed to prove some of these concepts. This model should be 20 to 60 feet in length so economical, practical developments can take place. Next it should be large enough to haul 4 to 6 passengers and even larger sizes latter. This concept could have many uses. Would you like a ride?