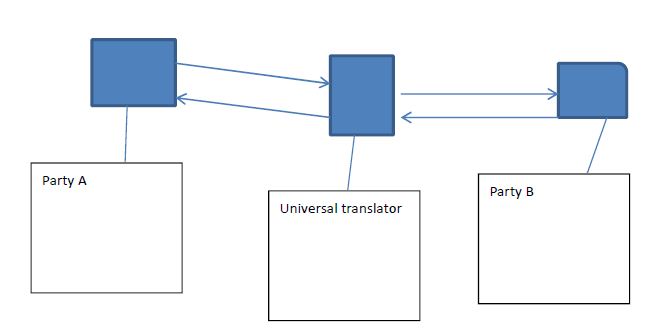 This device will function as a replacement for a human translator. But it is more powerful than a human. Two individuals speaking different languages will use this device to communicate by talking to the device.

The device will identify the language by recording a few sentences from person A and B.

When A wants to talk to B, the device will translate it and use a speaker to articulate the meanings in B's language.

Conversely, it will translate B's meaning to A with accuracy and use a speaker to articulate the meaning to A.

This device will be portable with both software and hardware like a cell phone.

It will be made by micro-processor and software and hardware good enough to catch up the speed of human languages.

The device will be made in a cell phone factory but with more advanced software and hardware.