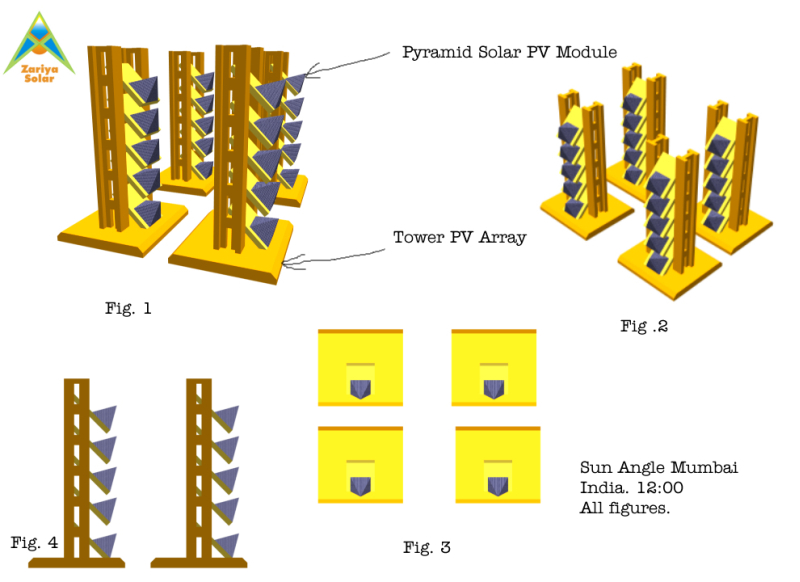 The idea is to minimize solar PV array farm size. The idea is inspired by MIT research. In this design, instead of flat solar PV modules, Pyramid PV Module is used to get maximum power output using small bounding volume.

The modules also trap thermal energy inside the hollow space in the Pyramid, which can be used in solar thermal applications as a by-product. 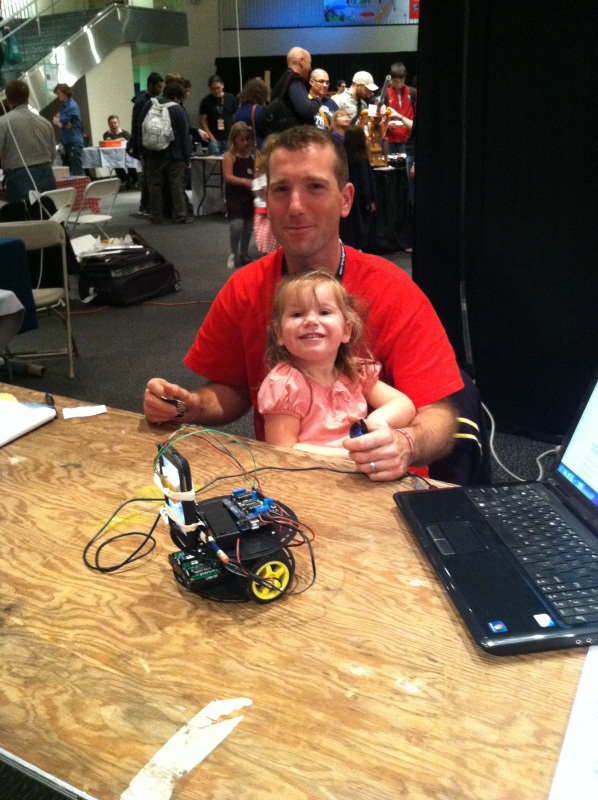 Video calls are a great way to stay in touch with family, friends and associates. Services such as Skype and Face Time are increasingly popular.

But what if you want to go further than just watch a screen? What if you want to project yourself - part of your will - into the environment you are communicating with? I am talking about an active tele-presence.

One place to start is simply being able to adjust the view angle of the camera you are watching. Another step in the right direction is to be able to move your viewing camera about, like you are walking around a room.

Solutions for both of these problems are not often found together and ...

A Better Way to Text and Touch-Type

Get the full power of QWERTY input without QWERTY by allocating all keystrokes directly onto the tips of our fingers. A single press for ten letters, shift a thumb for eight letters more, shift the other thumb for the last eight letters. Hold one finger and press another and have 100 simple keystrokes without moving your hands, just the tips of your fingers!

Now you can type accurately without looking, on a small device with a simple, universal interface. Type while walking or laying in bed, and stop looking at a keyboard.

This is an actual product that we have been working on that will allow people to touch-type on phones and tablets or any ...

This invention is a photon-interactive Gaussian surface lens method that converts incident photons from a single or a plurality of wide band gap semiconductor class light emitting diode dies into a secondary emission of photons emanating from a composite photon transparent colloidal stationary suspension of quantum dots, high efficiency phosphors, a combination of quantum dots and high efficiency phosphors and nano-particles of metal, silicon or similar semiconductors from the IIIB and IVB Group of the Periodic Table and any nano-material and/or micro/nano spheres that responds to Rayleigh Scattering and/or Mie Scattering; and a plurality of quantum dots in communication with said nano-particles in said suspension. The patent teaches that utilizing this method means results in improved narrow pass-band of red, ... 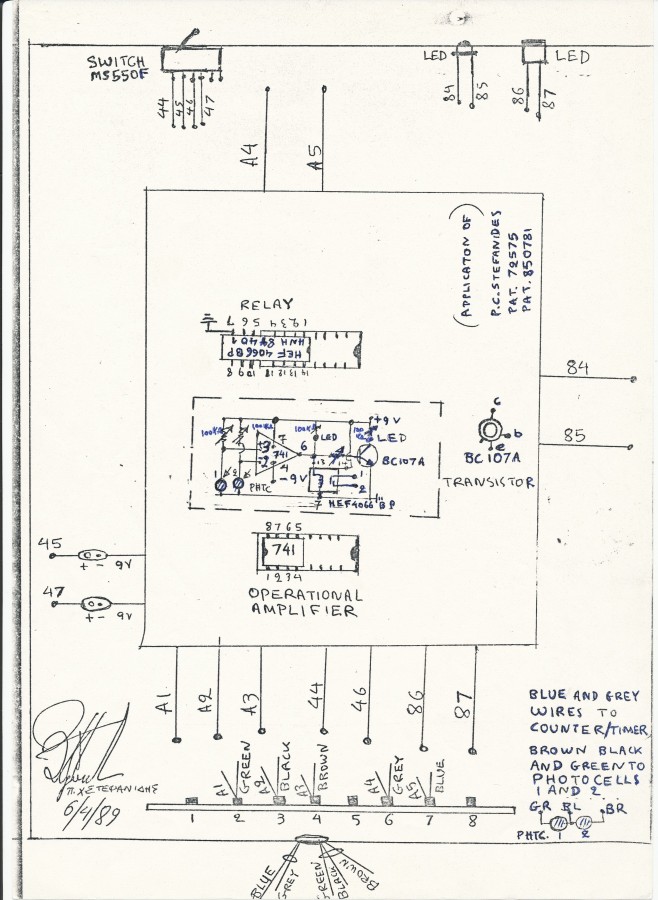 A Design of a Special Light Differential amplifier [ First Photo], originally designed to Detect Direct Light and Filter Out the Reflected Light from the Sky [ the primary function of which was to Orientate a Solar Collector by Locating and Tracking the Sun”], was specially designed for incorporation into a conceptual “SPEED MEASURING SYSTEM” for testing speeds of air-engines’ nozzle actuators, in the lab.

The system measured TIME and for a given LENGTH of a Moving Blade attached to and moved with a nozzle actuator Rod, covering/uncovering one of two [drilled on a metal flat plate] holes, under which correspondingly two Photoconductor Sensors were housed [Second Photo], changing thus the state conditions of the amplifier from ... 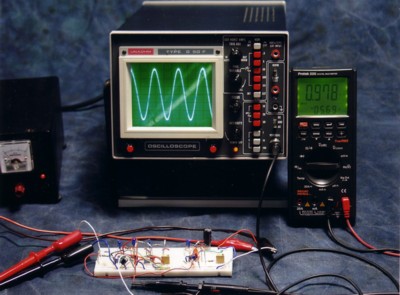 2° order, 3 base-stages biquad/universal continuous time analog active filters type resonant and, more particulary, active full self-compensation techniques to improve the frequency range, the stability and/or the selectivity of the filters themselves with a very low, or as if zero, cost. These active filters techniques are the only ones that can (fully) erase the parasitic poles using a single resistor or an additional operational amplifier which has a functionally filtering output. This patent extends to Italy(priority ITMI20031566 A1).
Results of the sensitivity study are enclosed among the pictures.

The Patents are available on the following (esp@cenet database) page:

Alarm for Mobile Phone by Ultrasound

The aim was to create an alarm for a mobile phone or a mobile terminal (PDA) using ultrasound waves. This alarm can indicate when the mobile is away from the alarm device at a certain distance. This helps prevent loss or theft of the phone as the alarm goes off a few seconds of not receiving the signal transmitted from the mobile.

This signal transmitted by the mobile is through ultrasound waves. To give this signal periodically (every few seconds), the mobile phone or mobile device (PDA) must have a program. This application or program is developed in a language that can be run on the operating system that uses the mobile terminal.

These signals are transmitted by the ... 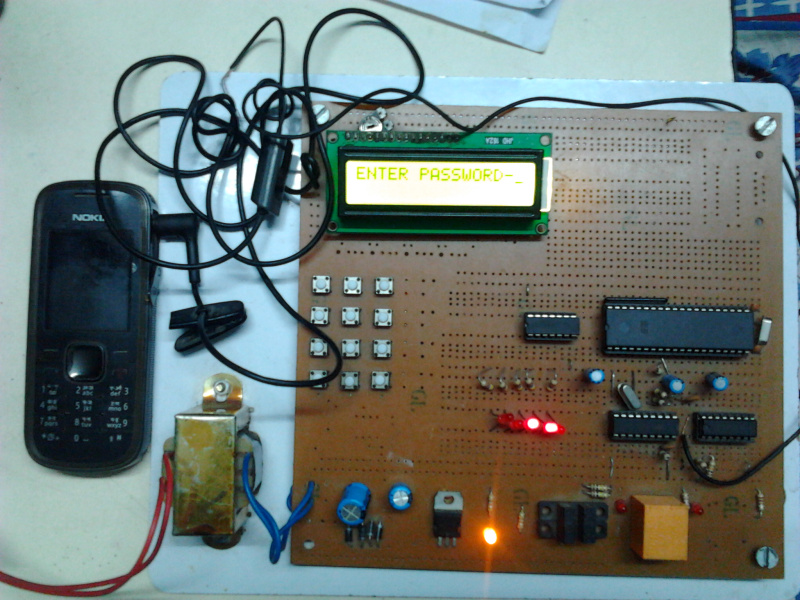 INTRODUCTION: A lot of electricity is wasted due to ignorance or fault of the user. Sometimes a person in the room turns on all the electric equipment which is of no use to them. As an example, suppose a person enters the hall or conference hall (where a large number of tube lights or fans are available). In the default scenario, all the equipment would be turned on which is just wastage of electricity. Or what if the number of people is not up to the capacity of the hall and all the equipment is being fed unnecessarily by the current. Also, what if all the people went out leaving the switches on, consuming the energy until someone sees and turns ... 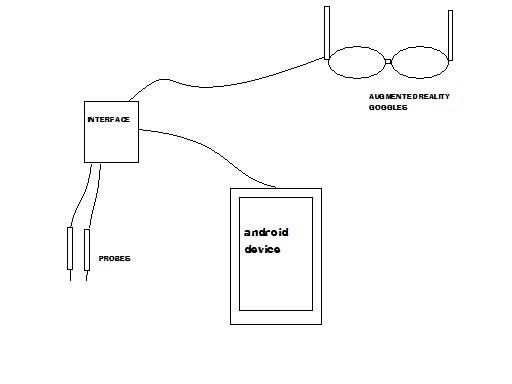 My proposal is for the implementation of an augmented reality network for technical field workers based on a combination of technologies. Components from makers such as, Google, Vuzix, Tektronix, Agilent, and others are currently being used or they are being researched.

This system will use through-view augmented reality eyewear and data acquisition devices interfaced to an Android device running a Java application. The system will communicate over the 4G cellular network with servers running applications linked to Comsol simulations to provide real time visual cues and labels to field technicians about the systems they are servicing.

The field technician will see video labels that describe the function of each component as well as its current status. ...

The AVHIRAL 2.11 is composed of a computer system hardware, containing a protected memory, and a network firewall.

- 1) The usefulness of Avhiral, is a way to have a UTM at a relatively lower than conventional systems dedicated to a public career.

- 2) The use of Avhiral, the device has a 32 bit RISC processor which opens a lot of opportunity and power. The operation of Avhiral can receive packets from the web falling between the router and the central units, they are systematically treated and disinfected.

- 3) The Avhiral have an integrated firewall, which can be configured via the RJ45 Ethernet port with an admin panel, just as some routers by a local IP address.