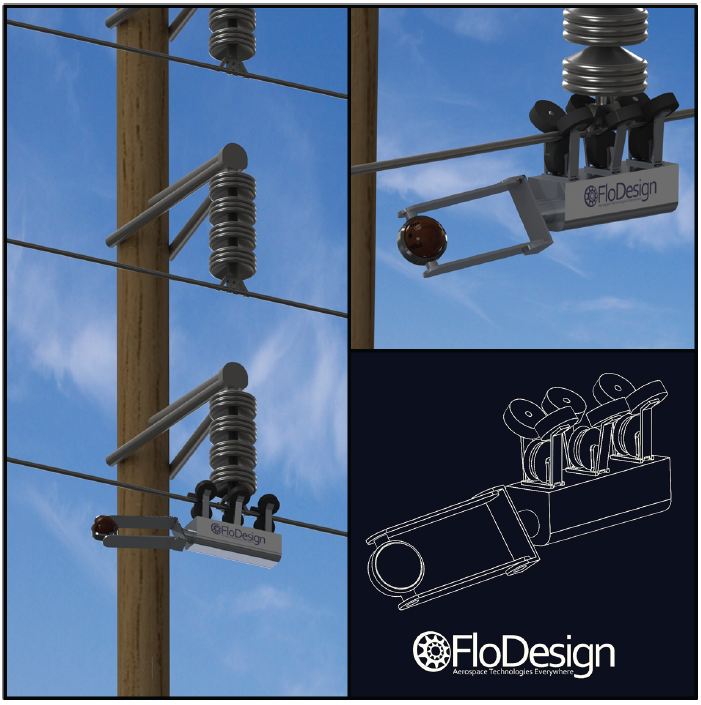 During these week-long inspections, humans walk the length of the lines to assess the following visually: loose guy wires, chipped insulators, woodpecker damage, cracks on the top of the poles, missing or damaged ground wires and proximity of surrounding vegetation. The effectiveness of these tasks can be flawed due to the height differentiation between the inspection point and the human eye, the inaccuracies inherent in human recording of events and the difficult terrain that the human encounters during these inspections
The ARV will provide for more accurate inspection results because the robot will be in closer proximity to the point of inspection as it traverses along the transmission wires. Further, we envision an automated IR Range Finder that will map the terrain so as to prompt the acquisition of a High Definition (HD) image and location of encountered overgrowth. The ARV will have a 360-degree HD Turret Camera for inspection purposes and a GPS system to allow for realtime tracking of the ARV. The ARV will be in communication with a wireless server and able to download inspection data as it is obtained. We believe another advantage of an ARV is the ability for it to perform immediate post-storm evaluation of transmission line damage.

The ARV will be manufactured as a low cost, 3-wheel articulated robot with an attached counterweight system that will allow the ARV to traverse along the transmission wires and guide itself over and around junctions.

We have evaluated other robots that are built to perform transmission line inspections but have not encountered any that are autonomous. Further, existing systems are prohibitively expensive for the smaller municipal market.

Municipalities will realize an effective return on investment by purchasing an ARV as described above. First and foremost, the ARV will help to reduce the danger and difficulty of accessing land beneath wires by foot while reducing the labor costs in performing these inspections. Secondly, municipalities will increase the frequency of inspections reducing the likelihood of an outage due to overgrowth and unexpected damage to the grid. And finally, the ARV will allow for faster response to post-storm evaluation and repair.

The idea of this low-cost ARV performing autonomous transmission line inspections has already sparked interest of a local municipality. As the development of our Autonomous Robotic Vehicle continues to advance, it will surely increase the interest as well. We look forward to the future as this ARV expands its presence throughout the world.