New Technology Provides Precise, Dynamic Control of the Pitch of a Boat Propeller 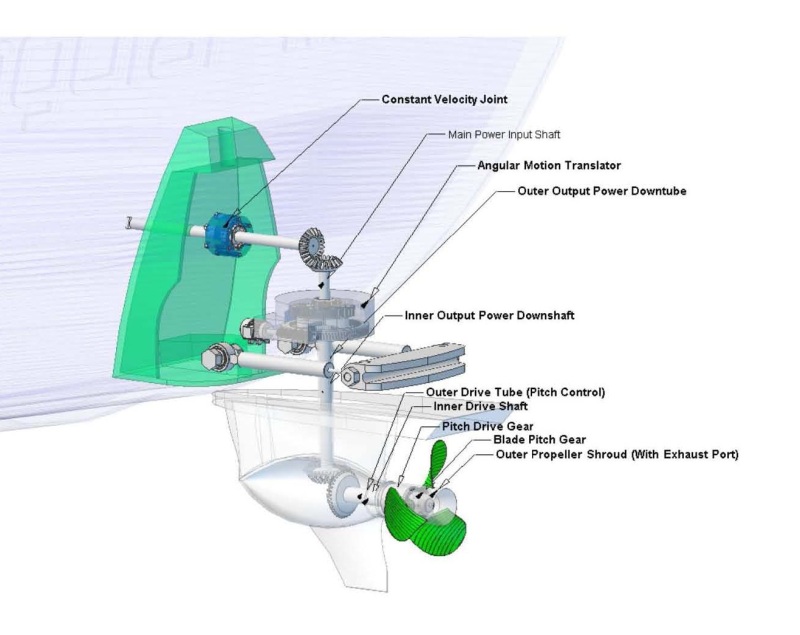 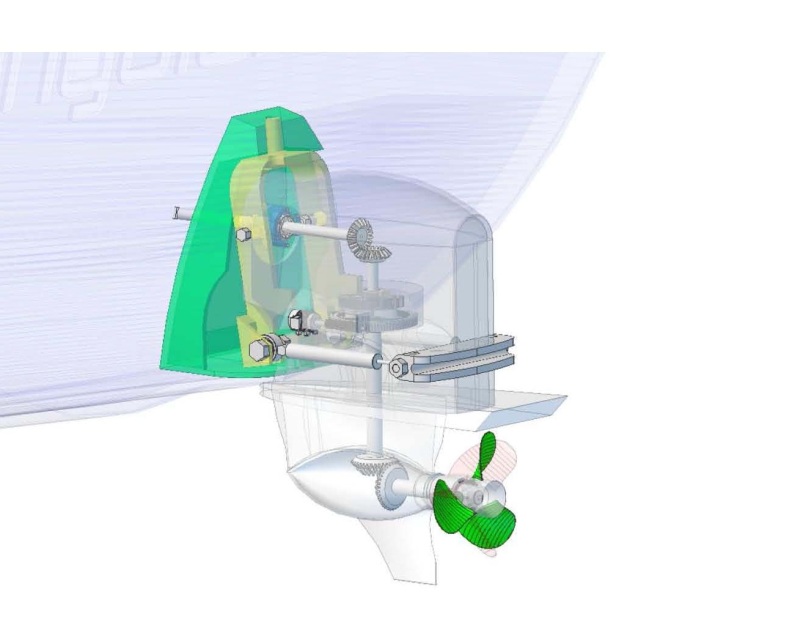 Currently, propeller pitch control uses three approaches: it is based upon either hydraulic oil pressure, mechanical control using lateral motion along the axis of the drive shaft, or electric motor control with the drive motor embedded in the hub. All three of these techniques are either expensive to manufacture and install, or expensive to maintain due to high wear rates or the close machine tolerances required.

The Second Image shows the AMT used to drive a variable pitch boat prop. When the two shaft motion is applied as an integral component of a propeller hub, the AMT allows for precise, directly mechanical control of blade pitch. Additionally, since all contact is either through gearteeth or ball bearings, the wear rates will be no more like that of a standard gearbox. The blade pitch can be altered very quickly, allowing the pitch controller to rapidly accommodate changes in loading while keeping the engine and the propeller operating at maximum efficiency under varying conditions. Also, the AMT/Blade control mechanism can be designed to allow for reverse pitch.

The Third Image shows the complete assembly for an inboard/outboard assembly.

The AMT, then, provides an inexpensive means to precisely and rapidly regulate the pitch of a propeller.