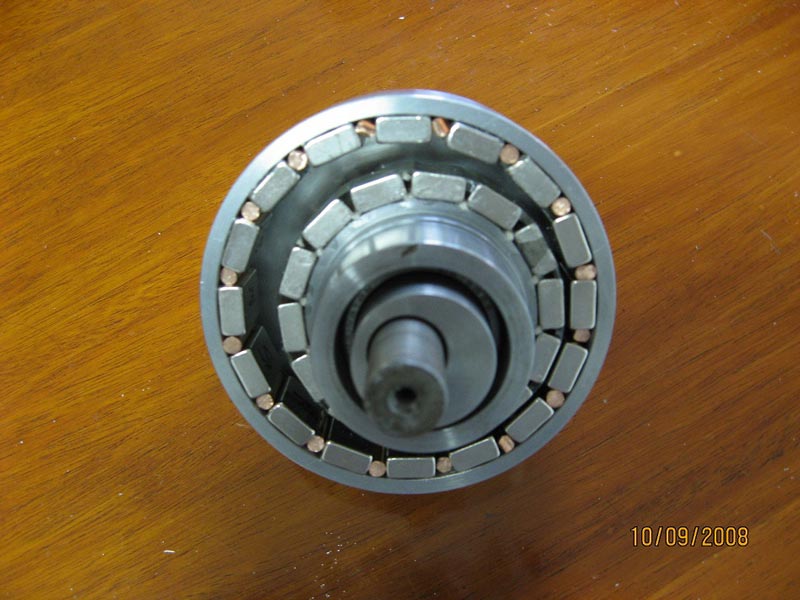 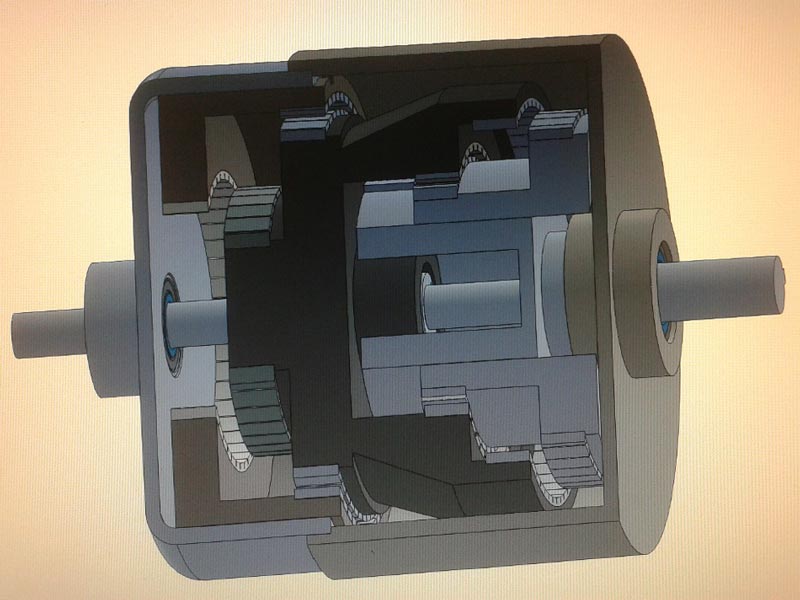 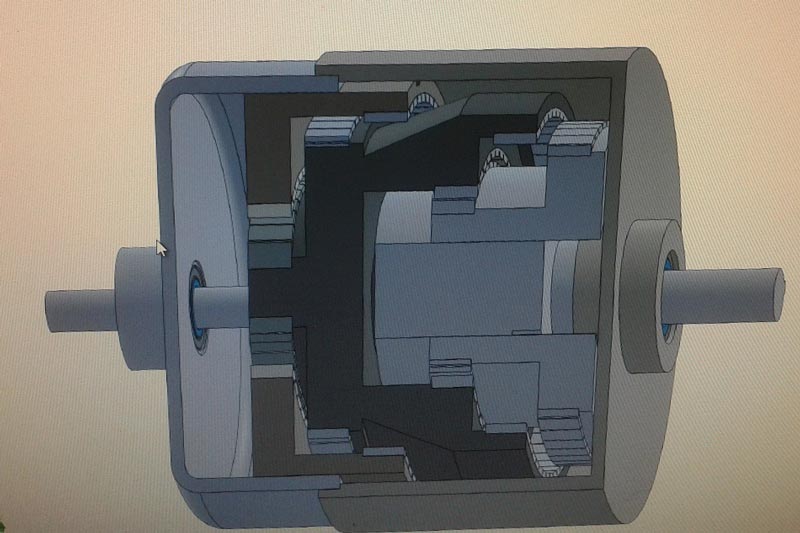 This design idea is a speed change mechanism that mainly brings the possibility of high efficiency, avoiding power losses, usual characteristic of mechanical transmissions. For example in the car industry, the automatic transmission and the associated drivetrain usually consume about 20 percent of the engine's power and a manual transmission takes about 16 percent of the power.

The photo attached shows part of one prototype using permanent magnets (19 X 12,6 X 6,3 mm of NdFeBr) where there are 14 magnets in the internal pole ring with orbital and rotational motion and 16 magnets in the external fixed ring ( external housing diameter is 100 mm ) with the torque transmission about 13,6 Nm between the magnet rings.