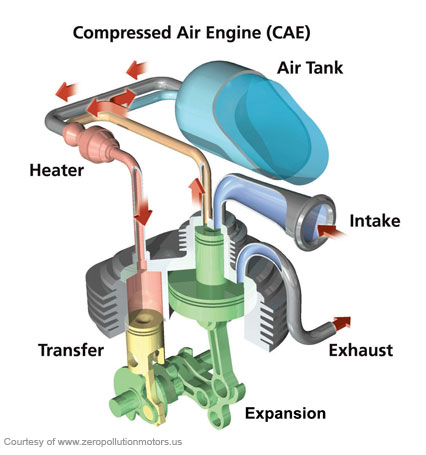 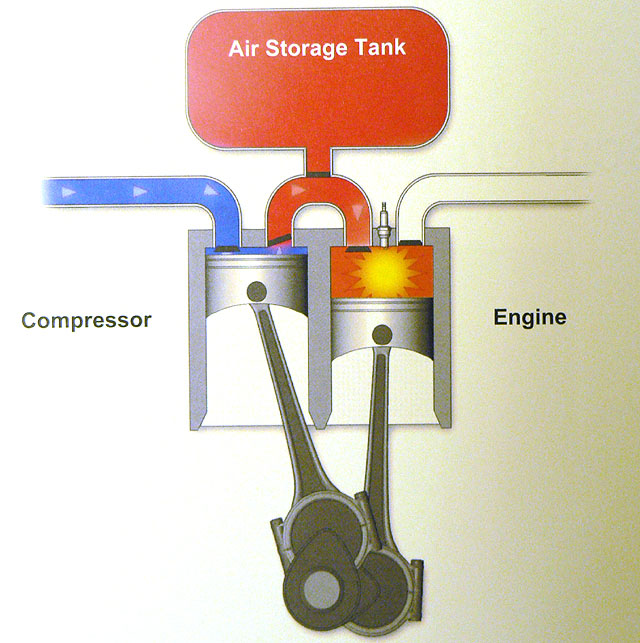 The laws of physics dictate that unconstrained gases will fill any given space.The easiest way to see this in action is to inflate a balloon. The elastic skin of the balloon holds the air tightly inside, but the moment you use a pin to create a hole in the balloon's surface, the air expands outward with so much energy that the balloon explodes. Compressing a gas into a small space is a way to store energy.When the gas expands again, that energy is released to do work. That's the basic principle behind what makes an air car go.
1.3 Applications:

The compressed air engine can be used in many vehicles. Some of its applications to be used as engine for vehicles are:

MDI makes MultiCATs vehicle that can be used as buses or trucks. RATPhas also already expressed an interest in the compressed-air pollution-free bus.

Compressed air locomotives have been historically used as mining locomotives and in various areas.

Various compressed-air-powered trams were trailed, starting in 1876 andhas been successfully implemented in some cases.

Currently, no water or air vehicles exist that make use of the air engine.Historically compressed air engines propelled certain torpedoes.

The model designed by me is a small scale working model of the compressed air engine. When scaled to higher level it can be used for driving automobiles independently or combined (hybrid) with other engines like I.C. engines.Main advantages of Compressed Air Engine (C.A.E.) are:

1. Zero emission.
2. Use of renewable fuel.
3. Zero fuel cost (the cost is involved only in the compression of air).

But the Compressed Air Engine (C.A.E.) has some disadvantages, which are: