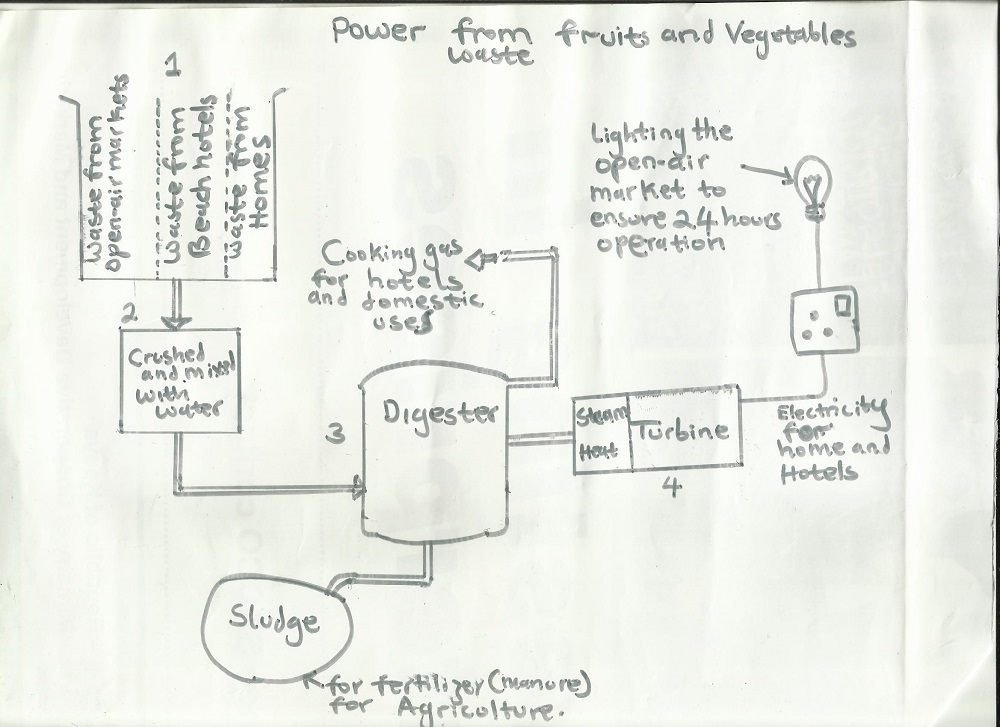 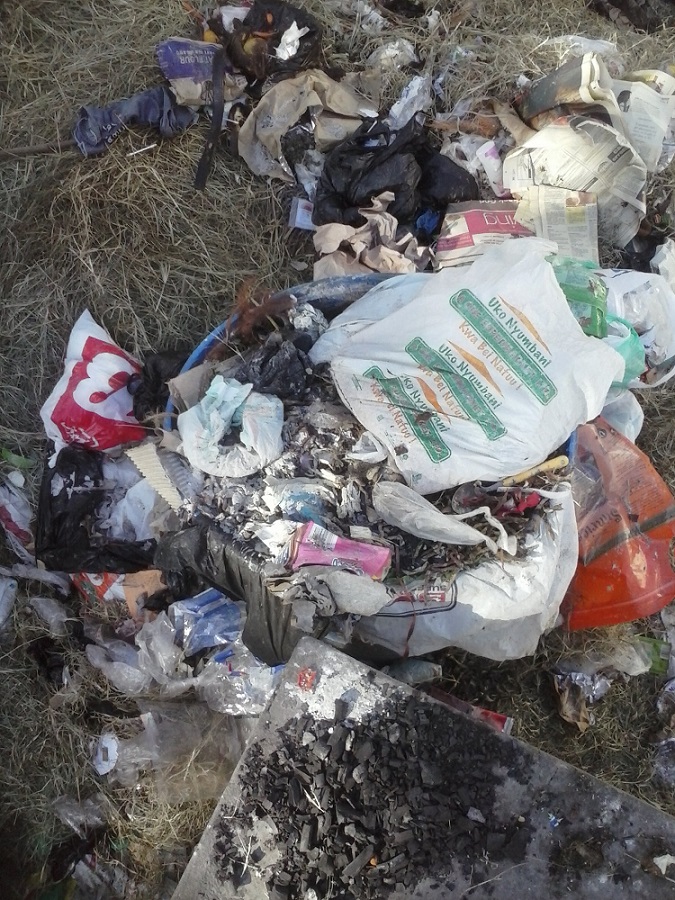 Most of the companies in Mombasa have been recycling plastic waste, glasses,and metallic waste leaving the heap of organic waste which forms 75% of the total garbage.

In accordance with the research and a simple lab analysis conducted by low-level youth bunge group, we discovered that when we crushed sample of different fruits and vegetables waste, mixed them with water, and left them to ferment in tightly sealed container, 200 grammes of this waste produced 554.25cm3 of methane gas in an inverted cylinder.

After this experiment through considering several factors such as the nature of the substrate, temperatures and even the amount of energy in methane which is a round 25-30jper M3, we concluded that this project should be set-up near kongowear market and it is able to produce more than 110,850,000 litres of methane per day. This can result to over 74,000 kilowatt hours of electricity per month. Other products are manure which we helps us revive farming in this region and thus reduce the ever escalating food, cooking gas and electricity prices.

The process of bio-gas production starts by sorting out of the bio-waste from the garbage. Then crushing it so as to have a large surface area of contact with the bacteria. It is then mixed with water and then transferred to the digester where it will be left for some days to digest anaerobically. The pond is covered so as to prevent oxygen from entering the tank since it can inhibit methane production. This process requires a warmer and wetter climate like Mombasa. After a few days the methane gas will be collected and we shall sell it to the hotels and homes for cooking. Some of methane shall be taken to the gas handling system where it shall produce heat which will produce steam and in turn the steam will run turbines which will then run the generators thus producing electricity. See the illustration. This type of power is cleaner, much safer and less expensive compared to the diesel generators and nuclear power.