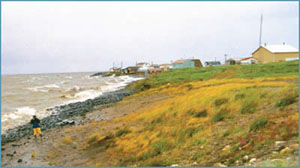 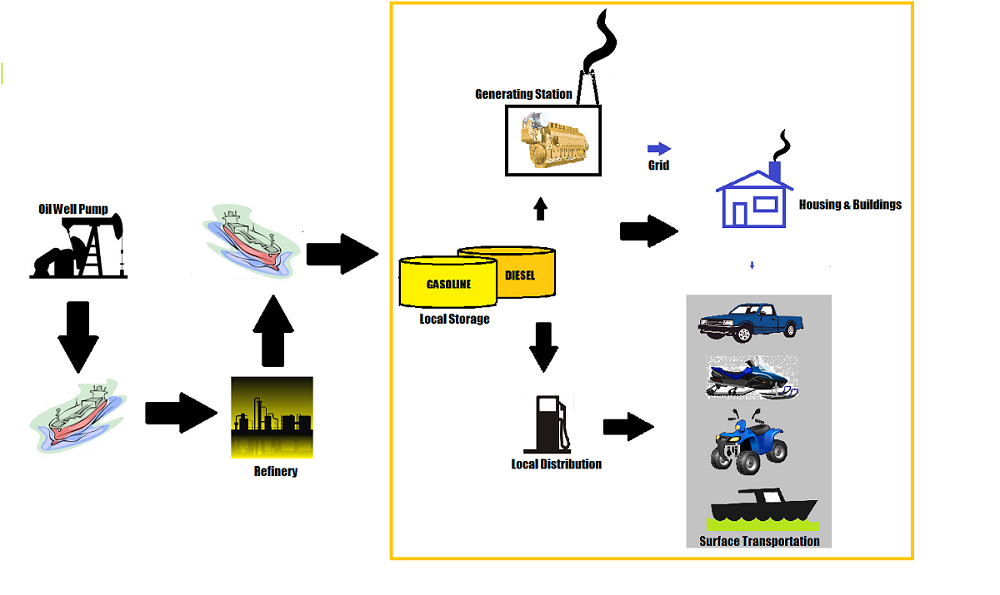 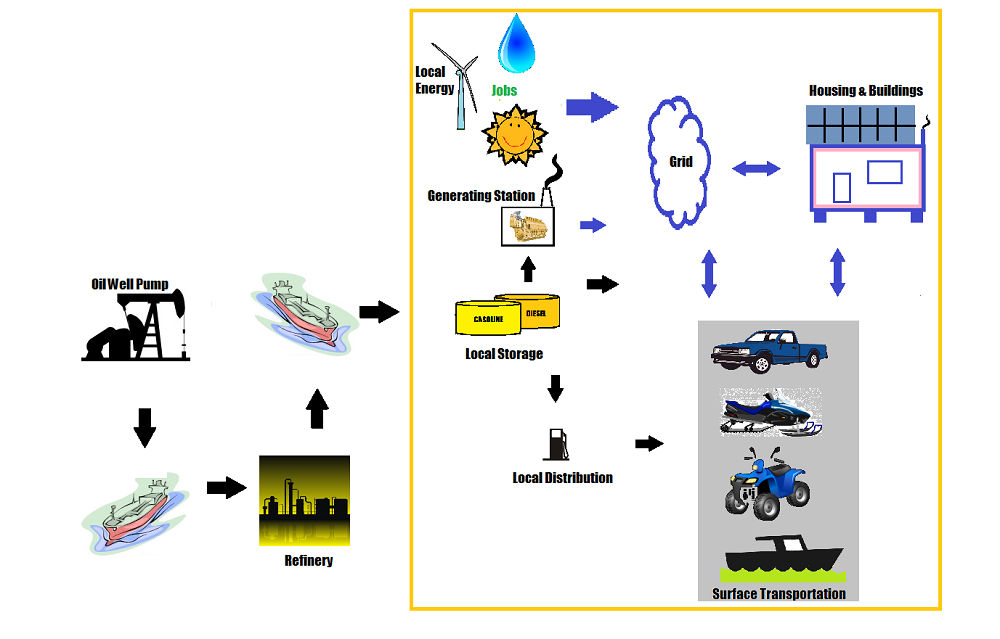 The impact of climate change on coastal communities in the Canadian and other circumpolar Arctic requires building more robust sustainable community infrastructure with less dependency on outside resources. The melting of permafrost and the erosion of shorelines due to both permafrost melt and increasingly violent storms in the Arctic Ocean as the ice cover decreases requires a redesign of Arctic communities if they are to be sustainable in the future.

Housing can be built using a shell concept with greater flexibility of the support structures that enable simple methods of adjustment to cope with permafrost melt and also allows for the movement of the whole structure should the shoreline be endangered by the action of storms such as is the case in a number of communities located on the Arctic coast. Such housing can also be built with more efficient insulation and healthier air quality characteristics using new materials as well as novel approaches to air handling and heating systems.

Mechanical and electrical systems should be designed to minimize future costs to upgrade or replace them as and when new technologies become cost effective. Currently the goal should be for housing that can be operated entirely by electricity generated renewably. Absence of interior structural walls will permit change of layout to meet changing needs.

Although in this concept we do not cover food production, water and sewage for these remote Arctic communities, these are areas where great advances over current practice can be achieved with regard to energy use. The energy infrastructure of such communities, now based almost entirely on diesel generated electricity, can be made more secure by the inclusion of renewable energy such as wind, solar and ocean tidal/current sources. In the model proposed, electric and pluggable hybrid vehicles including ATVs and snowmobiles would provide energy storage for the renewable energy sources made possible by using the battery capacity of this clean transportation system. This would be based on vehicle-to-building as well as the conventional building-to-vehicle charging systems. To optimize these systems, a smart micro-grid using smart grid technology is proposed based on developments now well underway.

The possibility of creating a demonstration of these concepts in a remote community in the Canadian Arctic is presently being discussed and initial concepts are based on the characteristics of communities in Nunavut. Input from communities in Nunavut with regard to these concepts include the involvement of the local community in planning a multistage implementation over a number of years that also includes training of local personnel to participate in the installation and maintenance of the various aspects of the sustainable community plan. The initial community plan and implementation program will be followed by addressing the needs of the many other similar communities throughout the circumpolar Arctic region leading to a region of the world that can again be totally sustainable as was the case before European exploration and development began over the past century.