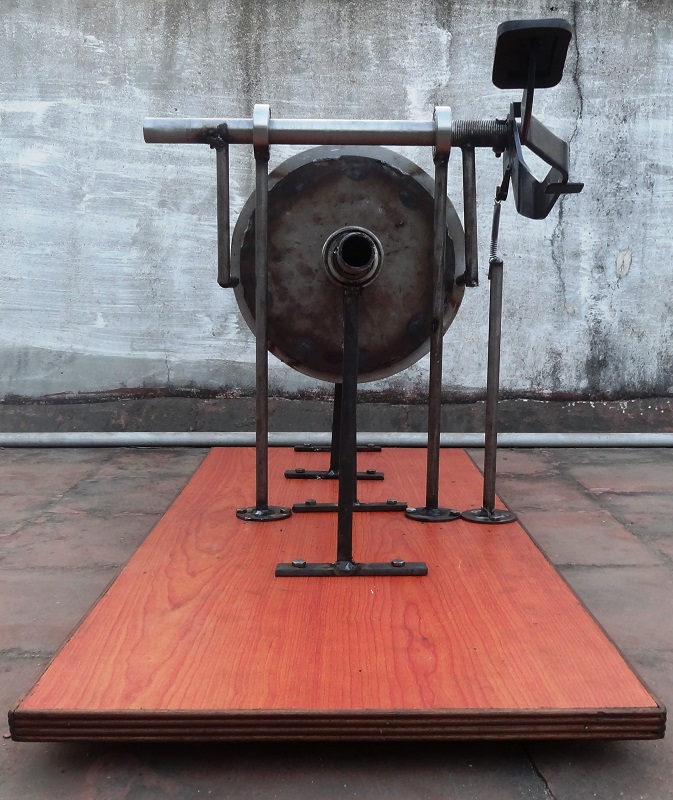 REFWD-CLUTCH MECHANISM
The flywheel and clutch disc are in contact to transmit the engine power to the wheels. Rotational motion is transmitted from the engine-flywheel to the gearbox by using a clutch-system which is based on frictional properties.

ACTIVATION OF CLUTCH
When the clutch pedal is loaded, the pressure plate of the clutch system moves away from its position, leaving a considerable gap between itself and the engine-flywheel. (i.e.)Contact between engine and gearbox is now cut-off.
Therefore, no power transmission happens in the clutch-system, but the inertia motion enables the rotation of the wheels until the contact is regained.