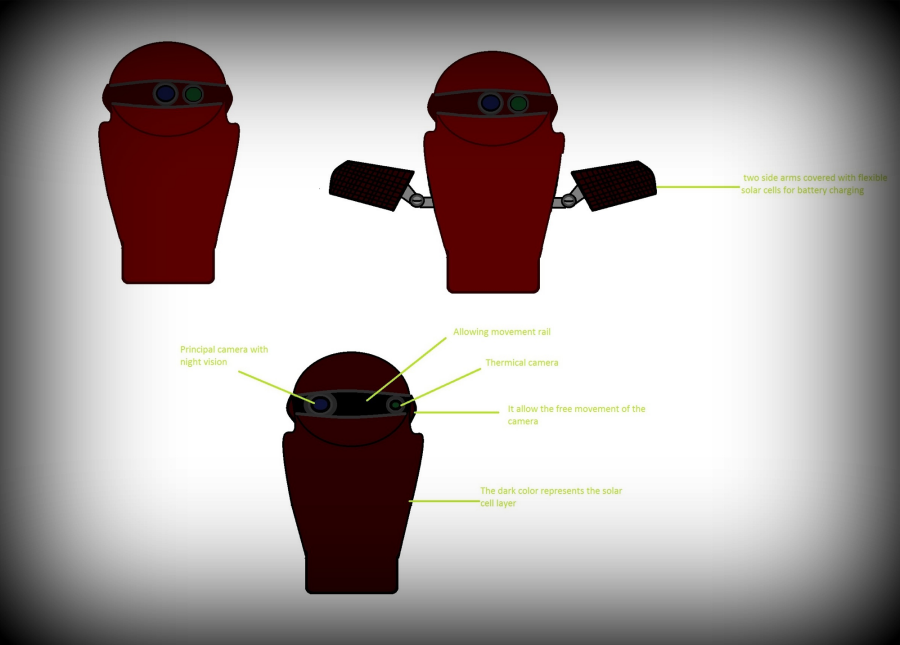 Spy-way is one of the two projects that can be conjugated as one, but, at the same time, they can develop complete and complex tasks separately. So please, let me introduce you the Spy-way project.

The continuous growing of car accidents on highways seems endless. The citys expansion brings big changes: a more concentrated population that generates traffic, stress and the daily migration of people that come from distant places to work. As a result, lack of caution behind the wheel is present, and a new class of drivers appears, those involved in stress, desperate to get to their destination and tired workers who lose consciousness. Alcohol takes part of this problem because of his aggressive consumption; added to this we have unpredictable factors caused by natural disasters.

"There is not a greater love than the one of protect our love ones;" Spy-way was designed under the same thought. ve taken it further, incorporating PTZ technology the camera can rotate in two axes, one horizontal and one vertical, zoom in and out, manual or automatic focus in all directions, also incorporate automatic monitoring system where sound, heat or movement traces activates it.

Spy-way will be placed at strategic points, allowing a panoramic and objective view of traffic, and road conditions, having also the ability to record the speed and plates of the vehicles.

I thought to work on the android system for the popular and simple application development; the video will be transmitted in real time for drivers, allowing them anticipate what happens, swerving or slowing down opportunely.

"Time is the key to save a life." Spy-way will be able to send alerts to the authorities at the moment of the accident and alert other drivers, clearing the way for rescuers, simultaneously preparing the doctors of the nearest hospital to receive the injured.

The drivers will interact with each other on a social network, they’ll be able to post what happens to others using a satellite signal.

TECHNICAL ASPECTS
Spy-Way will be the first of his kind, at this stage everything is being take in the most realistic and theoretical way possible , because it is waiting for sponsorship. It incorporates a camera of 40 mp. with "78x" optical zoom and image stabilization, night vision lens, the structure is reinforced with carbon fiber polymer, to charge the battery has two side arms covered with flexible solar cells that’ll rise up and down (I thought to cover the structure with flexible solar cells also).

Spy-way incorporates a thermal imaging camera, which, linking smartphones gps will send the images to the phone or the screen, in a small corner on the windshield, using HUD technology (head-up-display) both images of night vision and thermical images will be display allowing them cross through dense fog or snow banks without any difficulty.