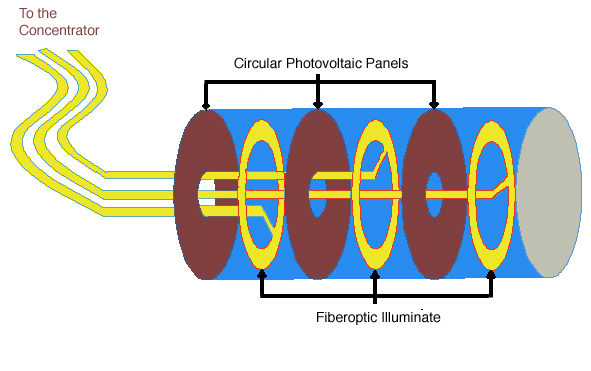 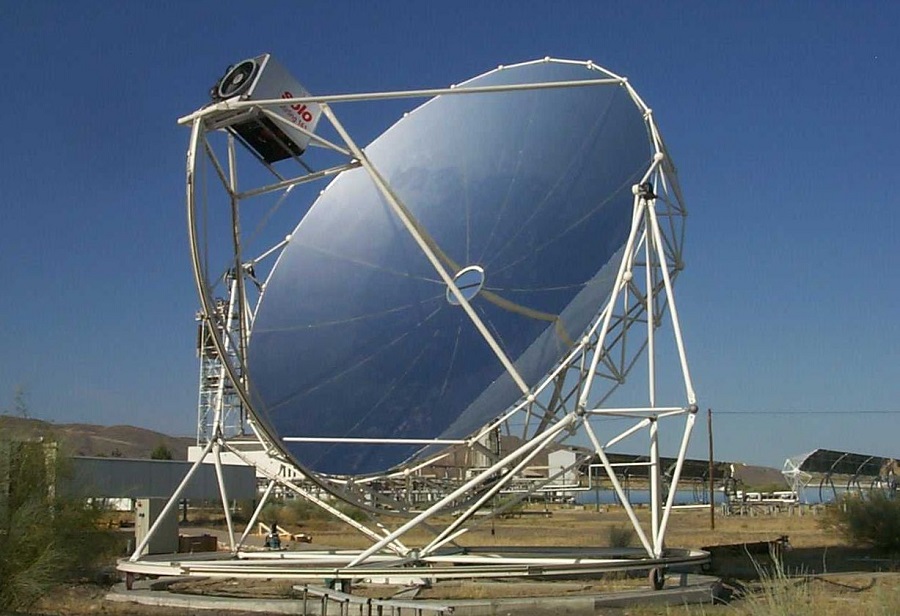 My solution is to improve the passive cooling by actually burying the solar cells in the ground. By using fiberoptic cabling we can transfer the light energy gathered by the collector to a location some 60-80 feet beneath the surface. The lower ambient temperature this far under ground will improve the cooling of the cells by as much as 50 degrees compared to a passive tower system. It will require the creation of a cylindrical solar module, (illustration one) but it should not be difficult to manufacture.