Application of the Biefeld Brown Effect 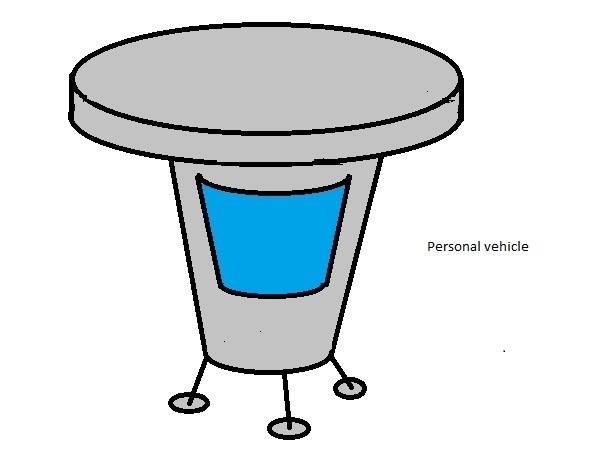 Application of the Biefeld Brown Effect

In 1923 Professor Paul Biefeld and his student Thomas Townsend Brown discovered this effect during the test of a new type of capacitor. Basically the Biefeld Brown effect is electro gravitation. If you have a flat disk capacitor with a good dielectric like Barium Strontium Titanate (BaSrTiO3) and apply high voltage to the plates a directional force normal to the plates will be generated according to the formula developed by Musha Takaaki from Japan.

Using this idea I can imagine a personal vehicle with low mobile parts and low cost. The barium strontium titanate utilized in the dielectric costs about U$D 100 per kilogram. I imagine a disk about four meters in diameter with a cockpit under it for the crew. For atmospheric use.

With such disk and for example 100 KVolts you can develop a force about one and a half tons for propulsion and lift the vehicle. To be properly guiated the disc could be divided in three equal sectors of 120 degrees who can be charged different or equal to get differential forces to guide and lift the vehicle.

With this principle that works in atmosphere and space you have a propellentless force of propulsion.

The force generated by this system of propulsion is several times greater than ionic engines and photonic thrusters allowing reach high speed only maintaining the charge in the capacitor.

This type of propulsion will be very useful for interstellar and interplanetary missions. Reducing the time of travel significativally.

The force of propulsion depends strongly of the type of dielectric used, being the barium strontium titanate one of the bests.

It could be used too to put in orbit heavy loads without using neither chemicals propellants and reducing the risk of explosions or failures.

This type of propulsion will give us a totally new class of transport vehicles without contamination , low cost and easy to manufacture.

The idea is here, the rest depend of us.