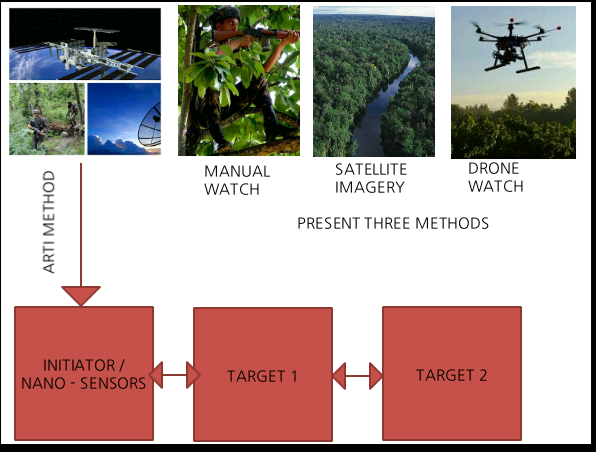 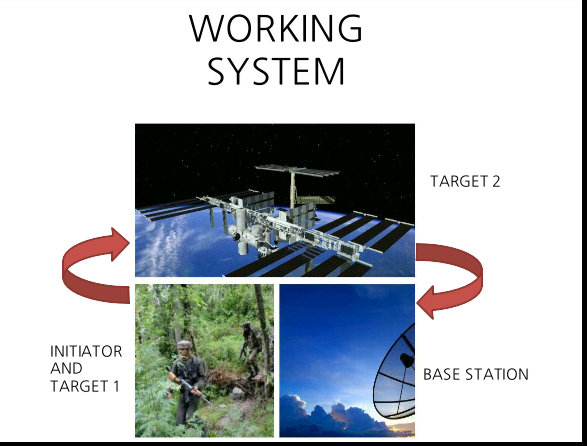 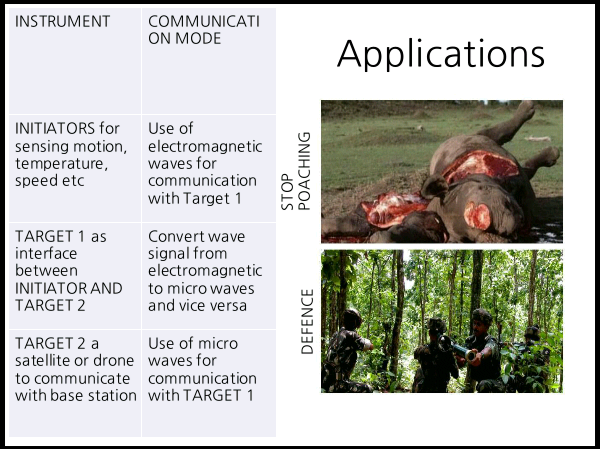 Across centuries dense forests acted as perfect camouflage for guerrilla militants and even today these forests provide a perfect hideout for these militants. Whether it was Vietnam war for USA or the extremist elements in north-east and other parts of INDIA all armed forces found it difficult to remove them and suffered major loss of lives.

The most common reason for this is the lack of a good espionage system for providing real time information about these dense forests. As, these forests are also the source of rich biodiversity, the threat of poaching is also very high. Presently we have 3 main methods for getting information from dense forests:-
1) Use of satellite imagery,
2) Use of drones, and
3) Manual watch over them.

All of these methods proved to be inept in providing information from deep areas of forests and controlling the menace of extremists. Further many lives are lost to ambush by militants. Based on the shortcomings of the present methods I'm working on a system named as Advanced Receiver Transmission Initiative (ARTI) to overcome those shortcomings. It involves 3 major components:
1) INITIATOR / NANO - SENSORS- It consists of two major types of sensors to be placed in deep forests, one as ground sensorand other as above sensor. The ground sensors are to be used to collect weight, ground vibrations etc of the movement of militants, while the above sensors are to collect information on temperature, motion etc around them.
2) TARGET 1- It is also placed in deep forests and act as interlink between the initiator and TARGET 2 like a modem used in inteenet communication.
3) TARGET 2- It consists of satellite's and drones for communication between the base station and TARGET 1.

On completion the whole system will look like the Internet of things for defence system of any nation and provide an edge to them in warfare against guerrilla warfare. Further the information provided by it can also be used to control poaching, track animal movement and other potential information relevant to the armed forces.