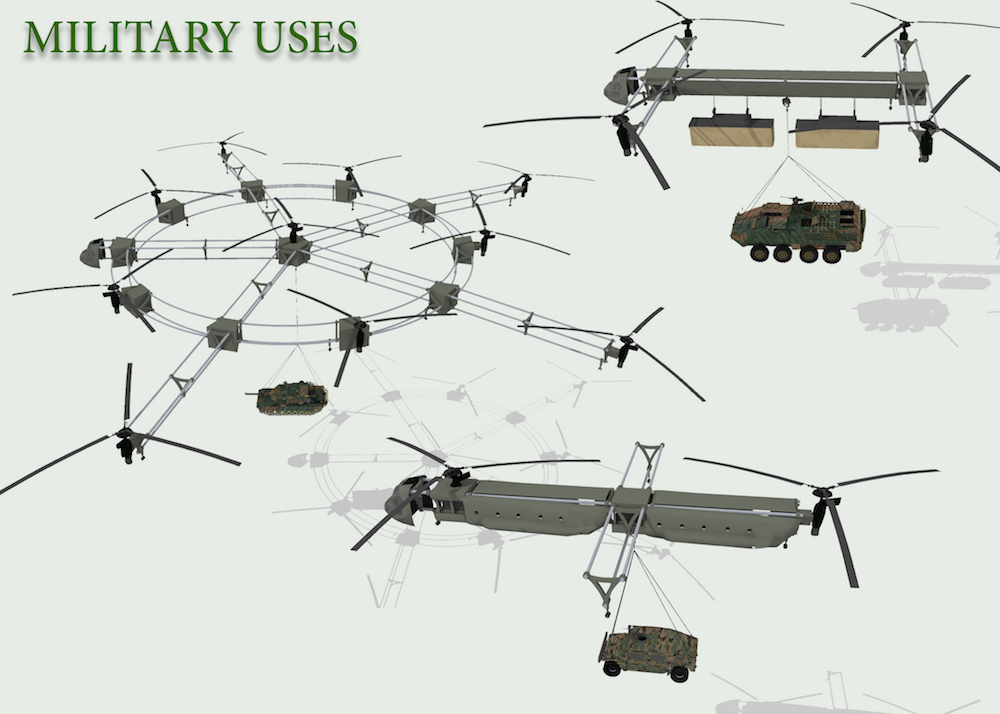 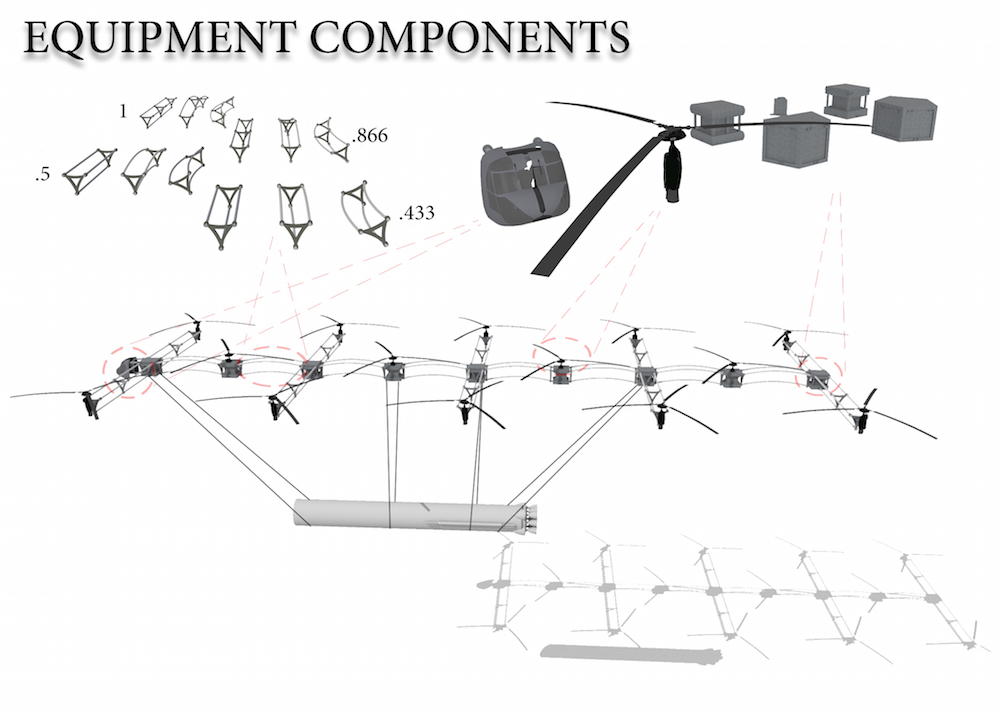 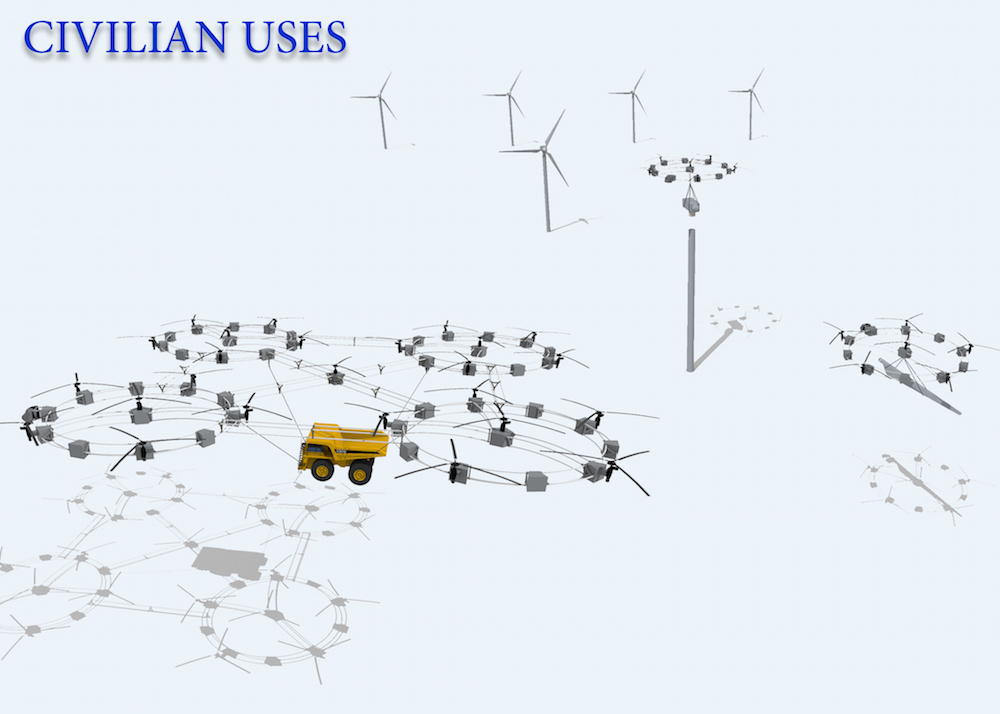 The US Army is in the process of consolidating its rotorcraft fleet under the Future Vertical Lift program. Under this program, the Heavy version will be a two-rotor replacement for the CH-47 Chinook, while the eventual Ultra version will have capability similar to that of a C-130, and will inevitably be a large quad-rotor variation of the Heavy. This will leave the army with a large, heavy, expensive quad-rotor, that still cannot transport the most key elements of its inventory, such as the M1 tank or Patriot missile batteries.

I envision a common, modular, and expandable rotor system, that can scale up from a two-rotor configuration to four, six, eight, and beyond.

The basic engine pod is well-served by the Army's FATE program, and will utilize the latest in rotorcraft innovations, such as composite blades, high efficiency gas turbine, FADEC, electric actuators, and fly-by-wire control. Each pair of these 6,000 shp-class engines will be able lift external loads of 15 tons.

The common frame structure elements allow configuring or re-configuring rotorcraft with minimal effort and tooling. This allows the ubiquitous 4-rotor variant to be temporarily upscaled to a 10-rotor version, now capable of transporting the M1 Abrams.

While much of the Army's inventory can be transported by C-130, some elements such as fully loaded HEMTT vehicles or MIL-VAN containers, require C-17 airlifters. Instead, this rotorcraft architecture allows assemblies of any size or weight to be transported point to point. Whether a complete bridge, a Cyclone-class patrol boat, or an Atlas V rocket, any possible element of the armed forces could be transported by air.

The civilian benefit from investing in this common, modular rotorcraft fleet would be immense. A cargo carrier like the Airbus A-400M has tremendous civilian benefit, yet its prohibitive cost prevents it both from serving causes such as natural disaster relief or fire fighting, but also precludes its operation from an austere environment. The unlimited uses and ease of deployment of this rotorcraft family would have impacts in agriculture, nuclear reactor containment, manufacturing, construction, mining, and beyond. Anytime there is a need to transport or crane outsized items, there would be an quick and cheap solution, unaffected by terrain or location.

The frame structure I propose is constructed primarily of standard 150, 200, and 250 mm aluminum tubing. Military versions may instead opt for aerospace-grade carbon fiber composites. Yet in any scenario, these common frame elements are themselves easily transportable, 3D printed, or extruded.

Each span's central control unit has a self-contained standard CAT6 network, with uplink and downlink ports at each mounting extremity. This allows the entire craft to be controlled via a single TCP/IP address. This does result in a theoretical limit of 256 spans, which would be a craft over 135 m in diameter and capable of lifting 3,500 t.

While it is easy to discount such a monstrosity as unnecessary, that's enough to lift a fully loaded Saturn V rocket one day, and then deconstruct to a normal helicopter fleet the next.