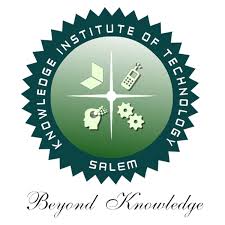 Short Message Service (SMS) has become a user friendly way of communication between people because of its ability to convey information when unable to make a voice call. In this paper, we have explained on how messaging can be done between two landlines similar to mobile phones by attaching a display along with the phone set which was also demonstrated as a project. This concept is also applicable to make messaging between landline and mobile phone and vice-versa. This application comes handy to people without mobile phones as SMS can be done using landlines which still dominate the telecommunication industry and hence proves to be a beneficial gadget.

It requires readily available electronic components like a microcontroller, a dual-tone multiple frequency (DTMF) decoder and a LCD display. This system can be used in noisy environments of factories as a means of communication among workers. It can also be used by the deaf and dumb.

With this paper, a message can be transmitted from any part of the world and received using ordinary and readily available electronic components including a microcontroller, a dual-tone multiple frequency(DTMF) decoder and a LCD. The DTMF signals transmitted from a mobile or a landline phone are decoded by the receiver and then displayed on the LCD in the form of alphanumeric characters.

It requires a mobile or a landline phone at the transmitter end as well as at at the receiver end. First of all, a normal way of telephone call is established between the two phones. The receiving end uses a condenser microphone for input at the ear-piece of the mobile/landline phone, a microcontroller and an LCD to display the messages sent.
Conventionally, you type a message on your mobile phone as follows:

This system can be used in noisy environments of factories as a means of communication among workers. It can also be used by the deaf and dumb.