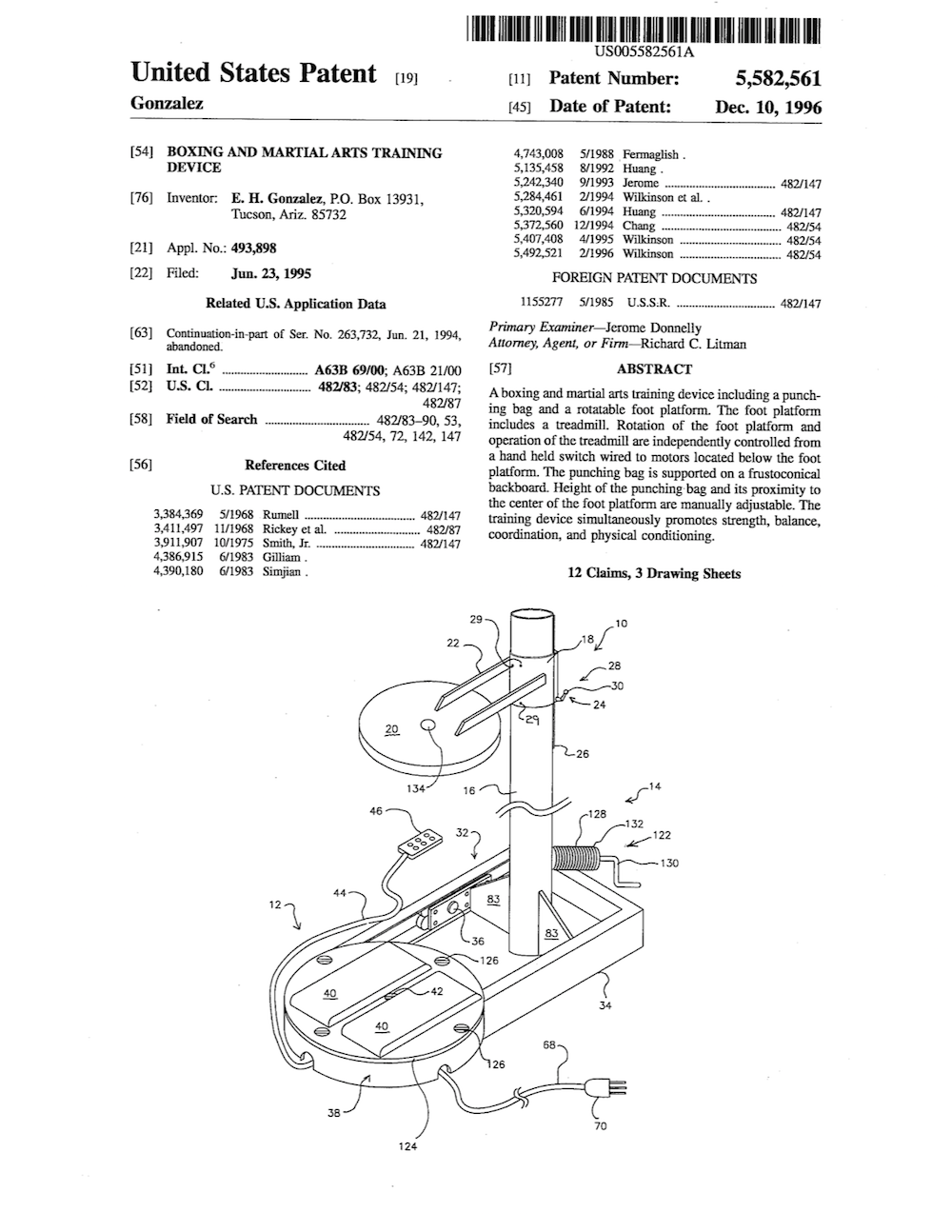 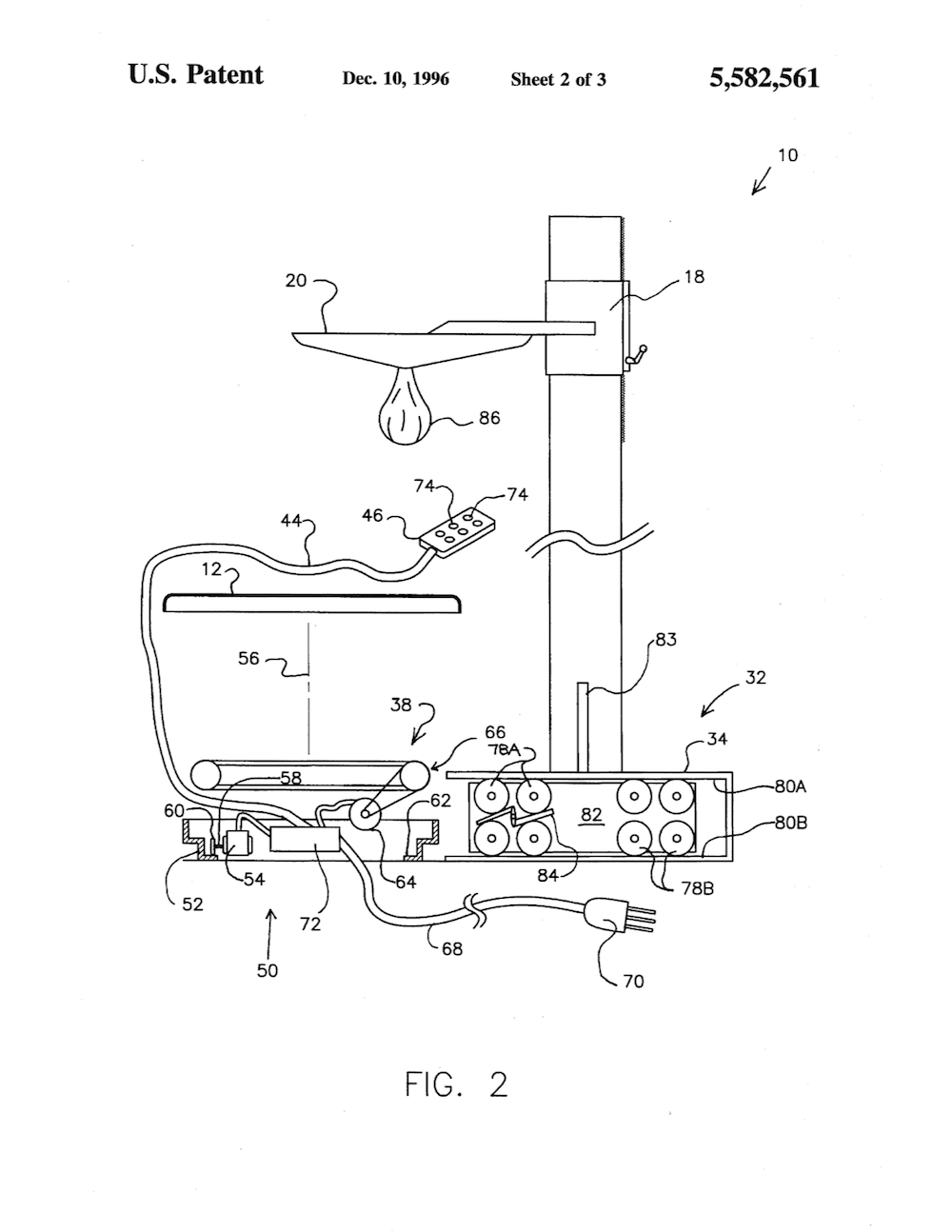 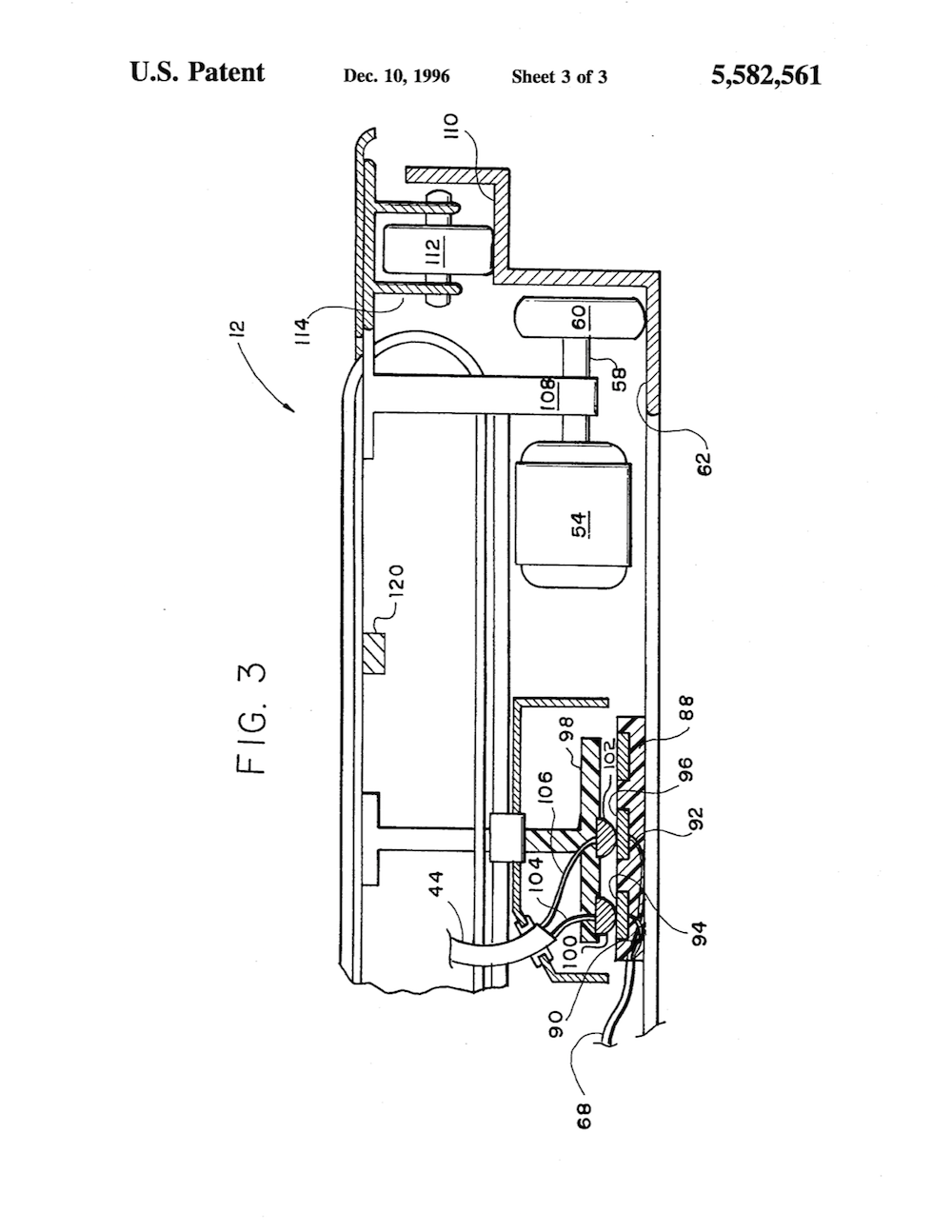 Proposed prototype is designed to challenge & train the user in a 360 degree foot workout while using either a speed bag, or a heavy bag, or a double ended martial arts bag. The bottom platform is round & wide enough to accommodate two treadmill belts side by side driven by electric motor. Said belts travel at the same speed and direction & are spaced just enough from one another to accommodate an eyelet cord connection at the center of the platform for a double ended martial arts bag, & also allow a wider foot stance for the user.

The device is designed to train the user in maintaining overall body balance to maximize power as the users fists make contact when training with either a speed bag, or a heavy bag, or a double ended martial arts bag.

Example 1. Speed bag; as the user trains with a speed bag and stands at the center of the round bottom platform;the treadmill belts may be computer programed to start moving slowly forcing the user to start stepping forward or backward while punching the speed bag. As the user becomes proficient, & is taking quick steps forwards or backwards,the next phase is that the round bottom platform can be programed to simultaneously,optionally slowly rotate, via electric motor, either clockwise or counter clockwise while the treadmills are moving either forwards or backwards.The challenge for the user will be to keep his/her shoulders square with the back part of the machine to force & train the user to proficiently side step to the right or left,(to the opponent's weak side), as all great boxing trainers profess, all while maintaining overall body balance to maximize power at the point of contact of said fists! YEEAA!

The same procedures may be used while using the heavy bag or the double ended martial arts bag.

The height & centering of said bags may be adjusted to preferences of the user. The top part of the round bottom platform may also be lifted by optional cable device at the rear of vertical post for ease of maintenance.

Markets may include but not limited to, 1. boxing gyms, 2. fitness gyms, 3. home gyms.