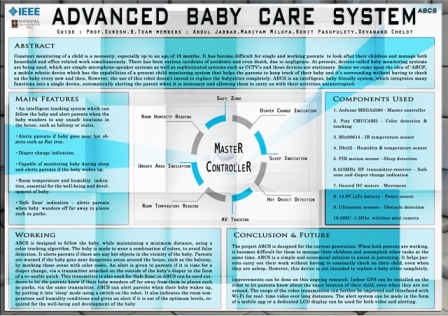 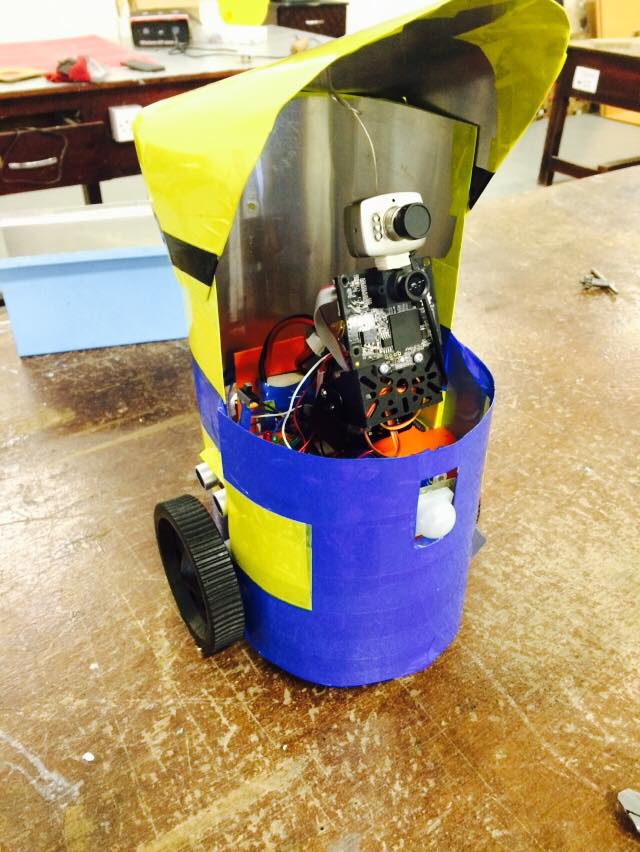 Parenting is not an easy task. Good parenting requires the parent to quickly respond to the needs of their child. Constant monitoring of the child also becomes a necessity, especially up to an age of 18 months. In earlier days, parents relied on hearing the cries of their child. It was simple back in the day, when parents were less busy and homes were smaller.

In today’s world, it is difficult for single and working parents to look after their children and do other household work and office related simultaneously. Developments in technology has enabled parents to use devices which can help track their baby’s movements and their needs as well. At present, there are a variety of child monitoring systems available in the market. There are simple radio systems used to listen to the sounds made by an infant. More sophisticated systems involve the use of a video camera along with a monitor for live video streaming.
Hence, we came up with the idea of ‘ABCS’, a mobile robotic device which can help a parent to keep track of their baby and its surroundings without having to check on the baby every now and then. However, it is not intended to replace a baby sitter completely. Our project involves a robot which can follow the baby wherever it goes. It has the following features which has been explained briefly.

ABCS has a tracking system, which can intelligently follow the baby and alert the parent if the baby wanders off to unsafe locations around the house. This is done merely by the use of the color of the baby’s clothes. It also alerts the parent when the baby wakes up, owing to the situation where parent is in a location where the baby’s cries cannot be heard.

A camera, present in the robot, which will allow the parent to view what the baby is doing at any given point of time, through a dedicated display unit.
ABCS can warn the parent if the baby goes near electrical appliances or hot objects such as a flat iron, warm water and so on. This is done with the help of multiple sensors, such as magnetic and frequency sensors, which are installed on the robot.
Optimum temperature and humidity conditions of a room are essential to the overall well-being and development of a baby. Hence, a room temperature and humidity indicator has also been implemented in the robot.
Lastly, the device is designed to alert the parent when it is time to change the baby’s diapers, using wetness sensors attached to the diaper, a simple harmless sensor, which gives signals to the robot which in turn alerts the parent.
ABCS is an intelligent, baby friendly system, which integrates many functions into a single device, automatically alerting the parent when it is necessary and allowing them to carry on with their activities uninterrupted.

In real time this design will come up in a toy model with WIFI automated one.