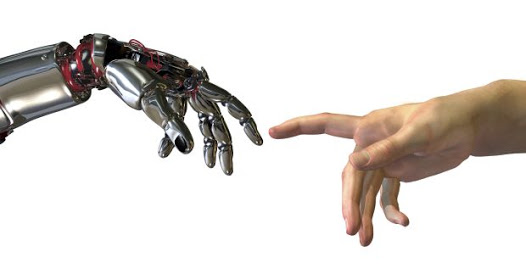 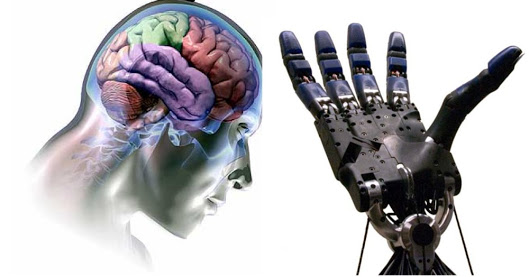 What can it do?
It performs simple daily life operations like getting a glass of water, picking up objects, typing, grasping of objects and unloading of objects etc. that significantly help the physically challenged as well as other people. It is mobile always as it uses thrusters to stay mobile whenever the user wants it to be.

How does it work and what are the technologies used?

BRAIN-MACHINE INTERFACE:
There have been remarkable advances (in the lab, so far) in brain/machine interfaces. When you think, you generate ionic currents in your brain. These currents induce electromagnetic waves, following the physics principles that enable radio and television transmissions. Unlike radio, however, the currents in your brain are roughly a billion times weaker than the radio waves surrounding you in the room right now (we know they are there, for if you turned on a radio set you would hear a signal). Devices placed on the head can detect these weak fields, amplify them, and then send them via wifi to a computer, where algorithms transform the fields into instructions. This way scientists have been able to steer a remote controlled toy helicopter, merely by thinking of where they would like to direct it.

THRUSTERS TECHNOLOGY TO STAY MOBILE:
Thruster pack control systems are designed to interface with a user’s DNI and exoself. When first interfacing, the system downloads a set of control programs that allow the user to operate the thruster pack as though it were a direct extension of their own body. Users running the pack’s program suite can mentally control each thruster unit individually or all units together, think in three dimensions, judge distances and angles with extreme accuracy, and experience neither disorientation nor discomfort due to a lack of a local vertical or when rotating on multiple axes, even at high speed. After the initial download, pack control programs can be retained in a user’s exoself indefinitely and need not be downloaded again.

Using their control systems, thruster packs can be operated by their individual user, by remote control, or by giving commands to their onboard sub-turing AI. Packs can operate with or without a user and can pilot themselves (and any attached cargo) to and from a given location, while carrying additional equipment, supplies, fresh fuel tanks, or whatever else is required.