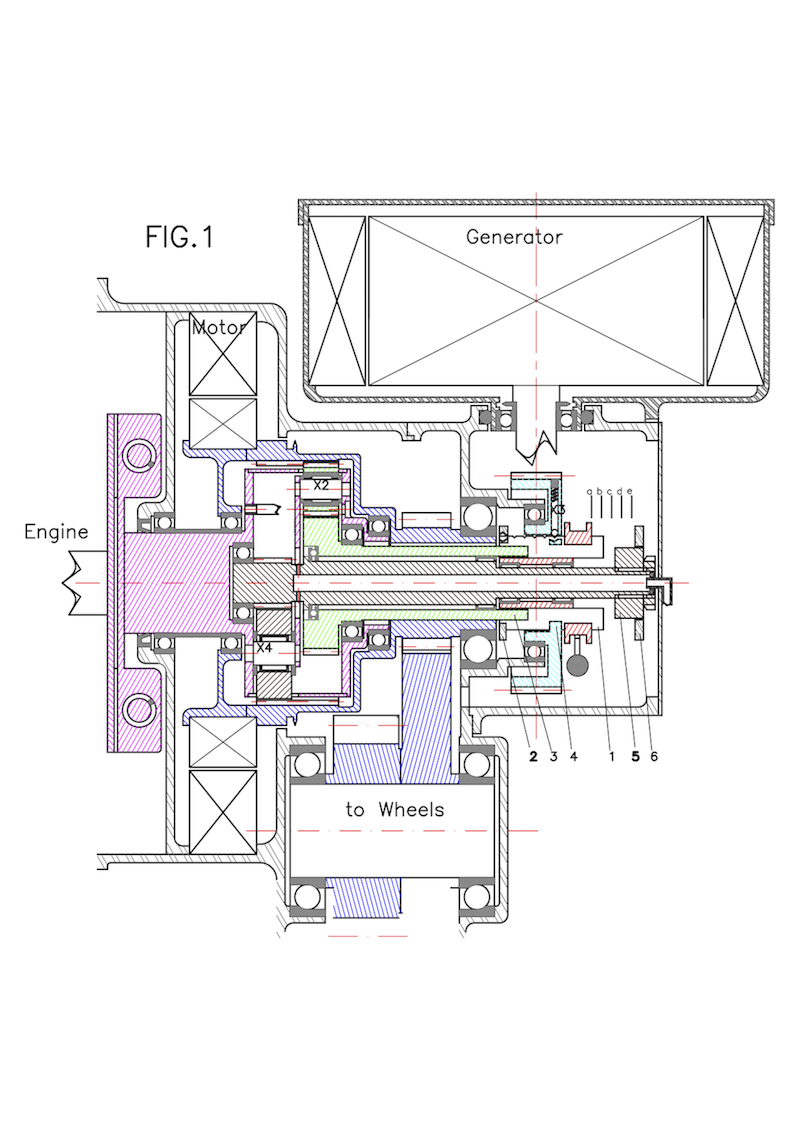 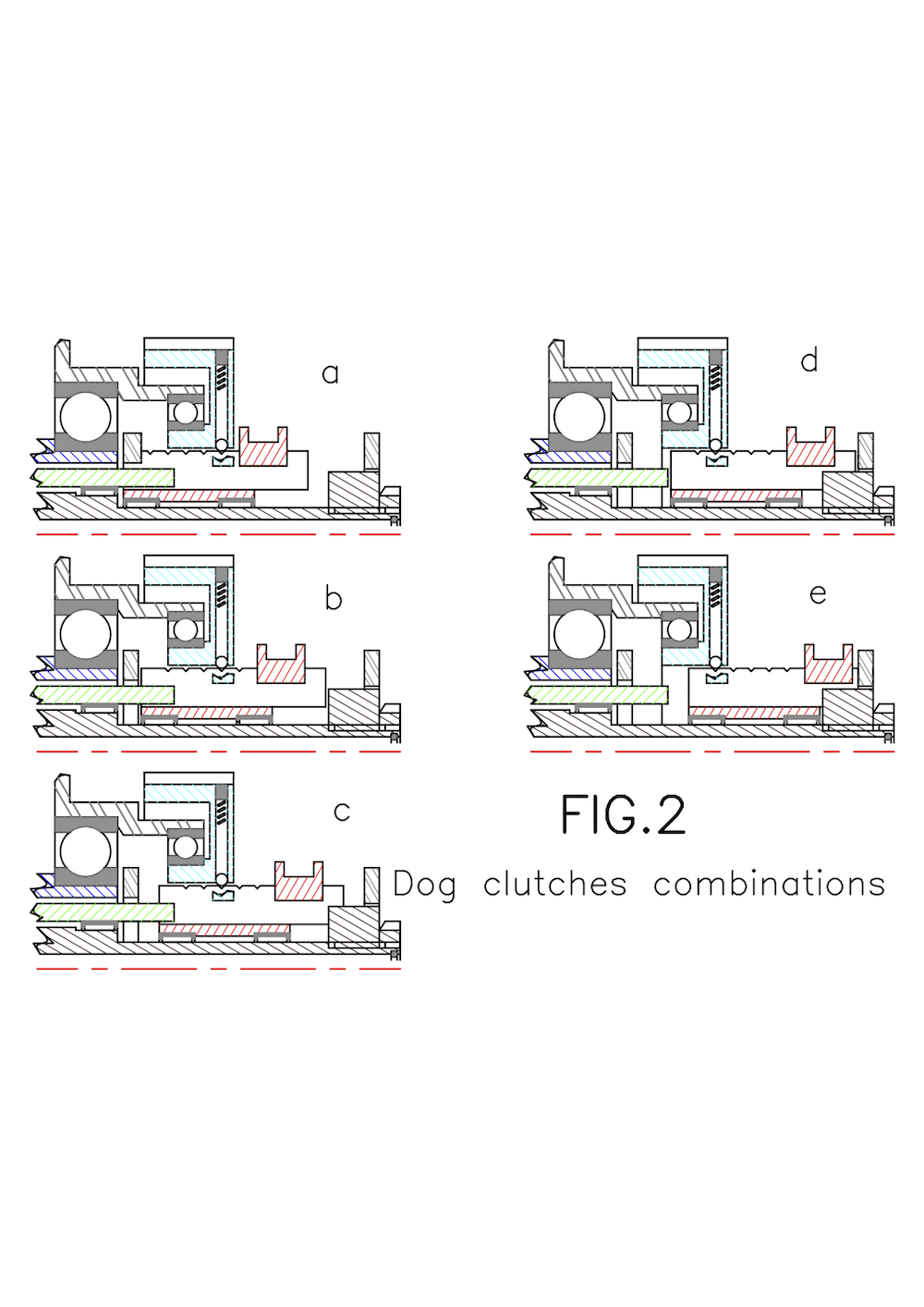 Hybrid vehicle of series-parallel type may have dual mode to improve performances and energy efficiency. Unfortunately, the shifting of the mode may involve complications with additional planetary gears, friction clutches and complex control system.

Here after, a special dog clutch can avoid such complexities and in addition, can suppress torque disruption, even during electric-hybrid change.

Fig. 1 and the following links
http://contest.techbriefs.com/2013/entries/transportation-and-automotive/3519
http://contest.techbriefs.com/2015/entries/automotive-transportation/5116
describe an innovative double mode architecture where the shifting of the mode occurs when the speeds of the shafts are equal, and their torques are low but not null. Several control systems, more or less complex, can manage the last difficulty.

We describe a new shifting device which tolerates a simple control system keeping the advantages of the original architecture. This control system clearly separates two functions: torques are set by the Engine through the accelerator pedal while speeds are determined by the Generator under the MCU control.

Thanks to the synchronous machines, the speed of all shafts, including that of the Engine, are known with a very high degree of accuracy. Consequently, relative speeds between the teeth can be accurately adjusted before their meshing. At the mode change, the new Generator torque can be determined starting from the couple right before the change and the gear ratios. The force to actuate the ring sliding is kept low due to relatively low, vehicle speed, engine power, pilot shaft torque and friction coefficient.

Note that the Engine is never disconnected from pilot shaft and consequently, torque is not disrupted even in electric-hybrid change. Friction clutches have not been preferred for energy-saving reasons.

Fig 1 shows some other improvements also. The Motor is installed on the common ring of the planetary gear mechanisms to save space and numerous parts. The Generator and its rotor-flywheel are vertical to reduce the gyroscopic effect on the vehicle.