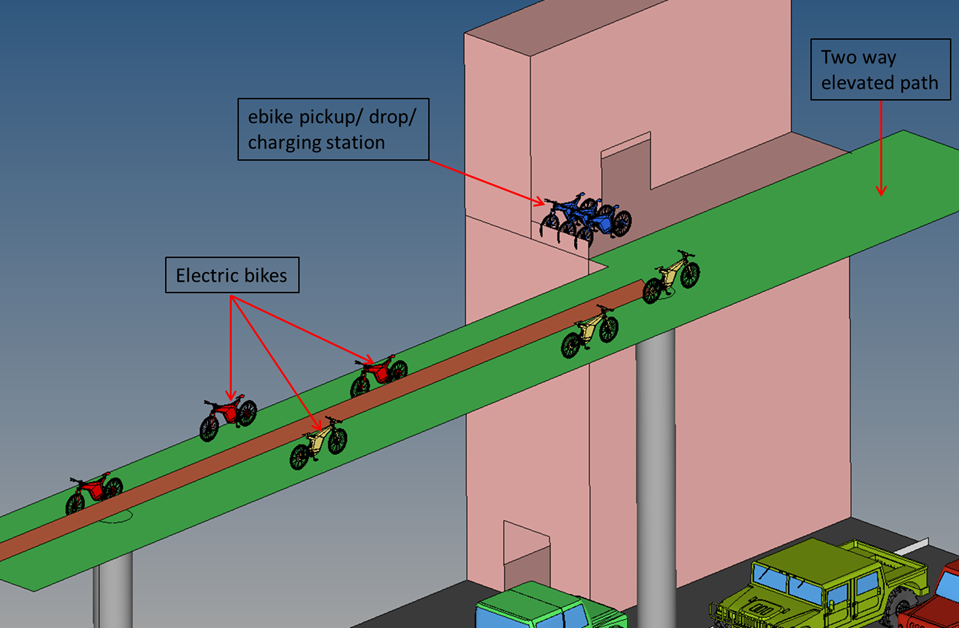 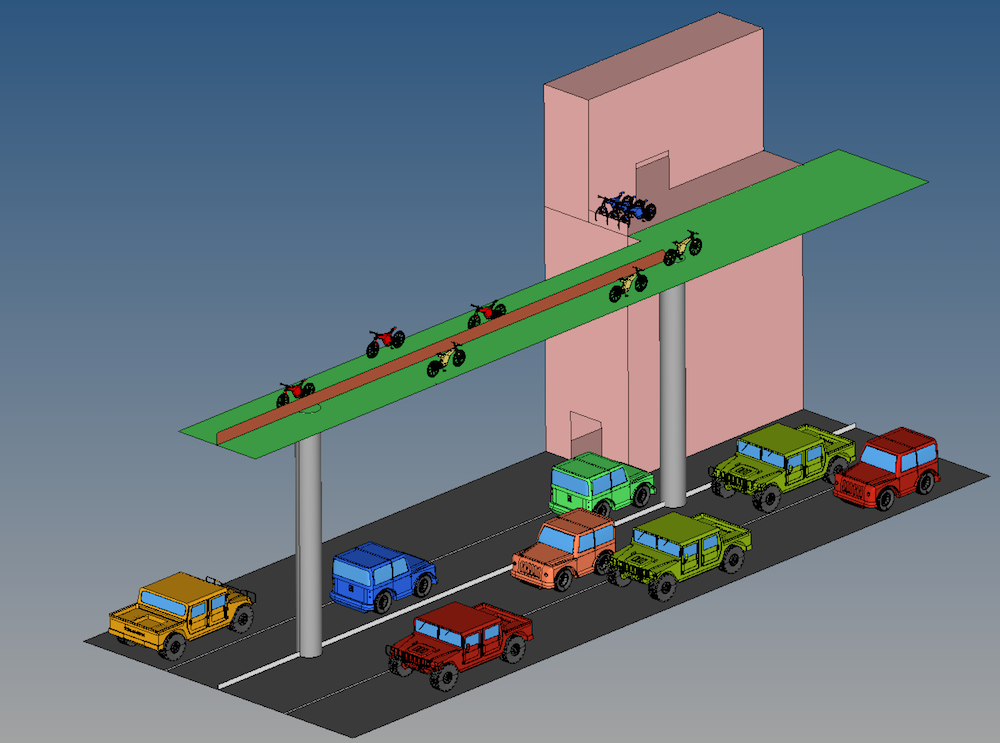 Many metropolitan cities around the world face traffic woes. The traffic causes loss of time, money, causes mental and physical tiredness, reduces work efficiency and causes road rage besides increasing air and noise pollution in the city. Majority of traffic is seen during rush hours in and around the business areas.

Current approaches to counter this are:
• Road widening, which is generally not feasible within the city
• Metro rail, which is expensive to setup, needs more space for infrastructure

Alternative Solution
A simpler and less expensive approach to this can be The Elevated Cycle Paths which run in the city. These cycle paths can be 5-6 lanes (for cycles of course) and may stretch up to few tens of kilometers. These cycle paths will have stopping stations at designated spots in the city. Since these are elevated, they don’t need to be just above roads and can be made to connect different parts with shorter paths. These paths will be partly covered so commuters are least affected by the sun, wind or rain.

The most important point to this is increased use of electric / electric assisted bikes. Since electric bikes are almost silent and there are no emissions, they make perfect tool for commuting. Users should not feel any fatigue. The stopping stations mentioned above will have electric charging facility for the e-bikes.

How will this work?
A person can pick up an electric bike, ride it to station nearest to his destination and leave the bike there while it re-charges for next pickup. He won’t have to worry about things that usually prevent people from getting electric bikes like theft, finding port to charging it after every use or its maintenance.

These cycle paths will be made perfectly leveled so electric bikes are most energy efficient.

People can also bring their own bikes, and use the facilities.

Electronic systems can be used for automation and maintaining and disbursing the facilities.

The potential benefits are reduction of air/ noise pollution in city, saving time, maintaining good mental health. And it is cheaper to setup and maintain. The partially covered paths can be fixed with solar panels to further reduce the energy impact on the grid.

Potential benefits also include expanding the market for Electric bikes, improvement in battery technology, and more advertising space in heart of the city.