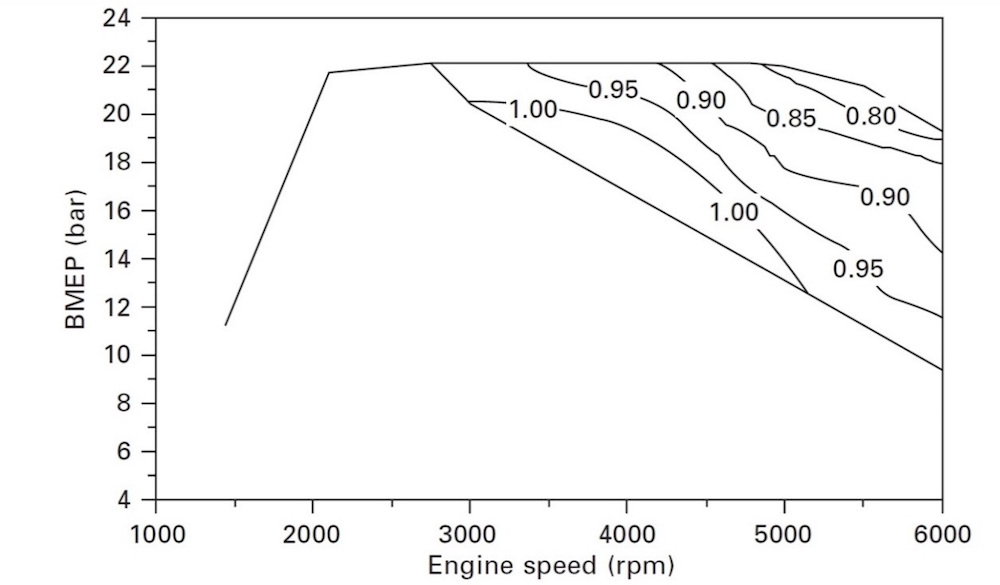 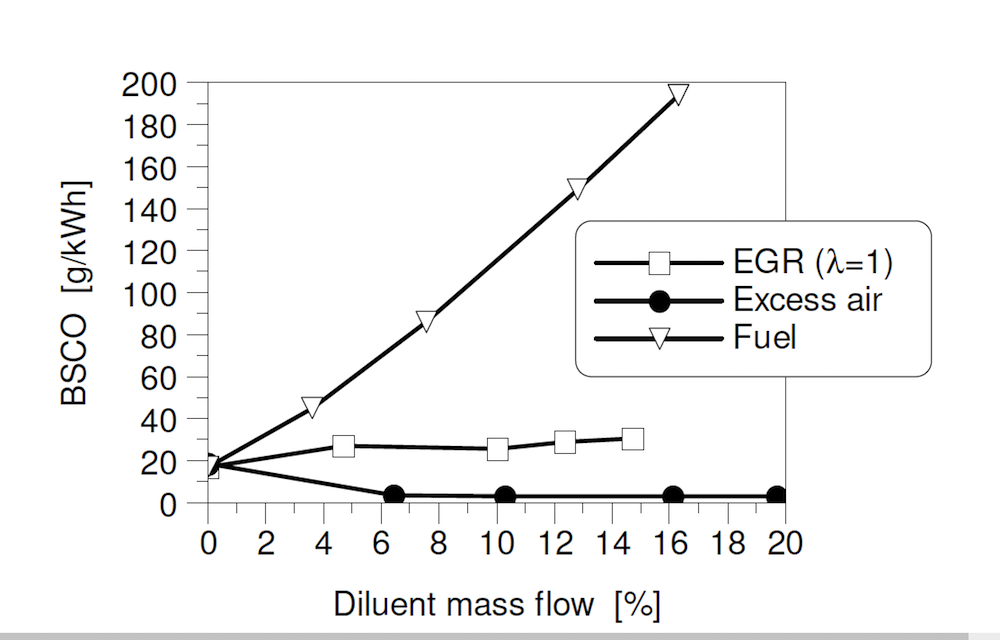 Internal combustion engine is the most efficient and economical on-road power machinery and maintains the dominant role on the market. Among them, SI engines occupied a much higher proportion on the light vehicle engine markets than diesel engine. However thermal efficiency of SI engine is not satisfying and ideal, especially at high speed and load operations. Because of exhaust temperature limit, fuel enrichment technology, indicated by air-fuel ratio on figure 1, is required to ensure the proper work of turbine and catalyst, resulting in much fuel lost and emission deterioration shown in figure 2.

Currently, this fuel enrichment regime is not included in the drive cycle assessments, but with the increasingly stringent emission legislation being published, it is believed that high-load emissions and fuel economy will be regulated soon. Thus, it is of much significance and senses to put emphasis on finding other solutions to lowering exhaust temperature.

In this article, a new device for cooling exhaust in multi-cylinder gasoline engine is proposed. It cannot only improve the fuel economy of high-load operations, but solve the emission difficulty encountered today as well, leading to an upgrade of next generation of emission regulations. Figure 3 is a schematic diagram of cooling device for three-cylinder turbocharged gasoline engine, of which each cylinder is equipped with two exhaust valves. The cooling device is composed of exhaust cooler, exhaust pipe A, exhaust pipe B, a flow control valve, six exhaust passages lined up from 1-1-P to 3-2-P, turbo, aftertreatment. Exhaust pipe A connects 1-1-P, 2-1-P and 3-1-P, pipe B connects 1-2-P, 2-2-P and 3-2-P. The exhaust going into pipe B passes through an exhaust cooler, flow control valve and then merge into turbo and catalyst via pipe A.

Operating principle:
When engine runs at rated conditions, exhaust flow rate and temperature reach peak values. The flow control valve is fully open so that the exhaust coming from cylinders are divided into two groups. One goes into pipe A directly and the other goes into pipe B subjected to cooling process and then merges into pipe A with previous group. Basically, two groups of exhaust can mix well before getting into the turbo, realizing the purpose of decreasing temperature and resulting in lower material requirements and higher aftertreatment efficiency. In general, instead of over-fueling, this method can save 20% to 25% fuel at high load operations.

When engine operates at low load, exhaust flow and temperature are low. The flow control valve is fully closed so that all exhaust goes into pipe A without sacrificing low-load performance. For partial load operations, the cooled to uncooled exhaust ratio can be adjusted by flow control valve to optimize the fuel economy and emissions.

In summary, equipped with this device, the engine can run at all operating regions at stoichiometric ratio and further lower the emission. Moreover, since it is possible to decrease temperature to 780 centigrade, which satisfies the temperature requirement of VNT charger, the low-speed torque and bosting ability of engine can be improved by 10%.