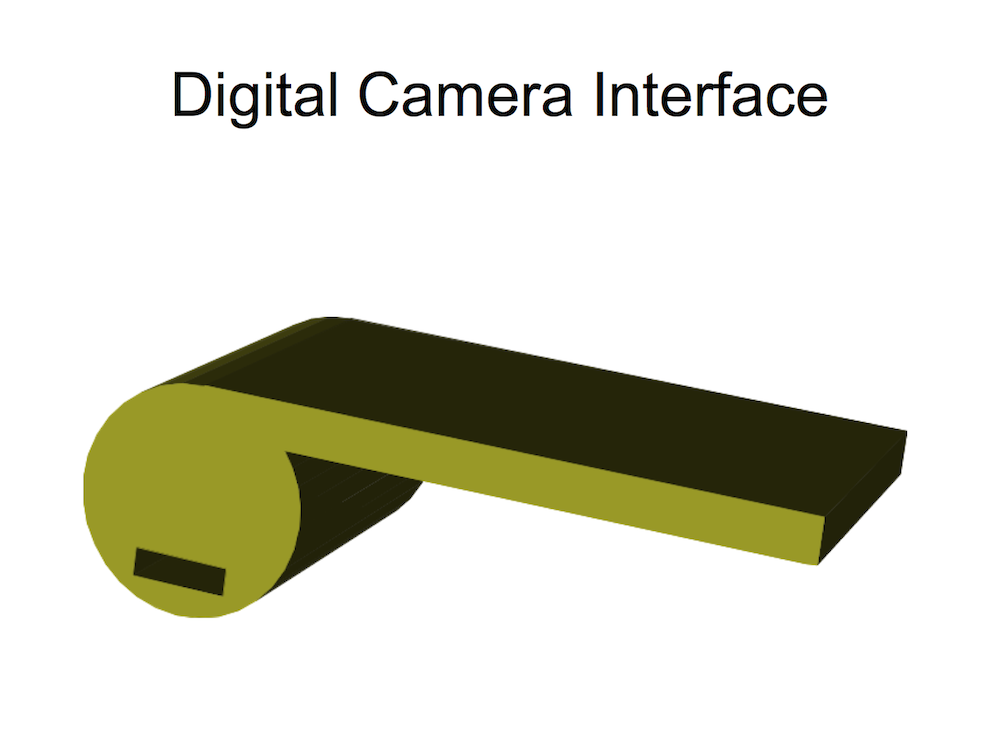 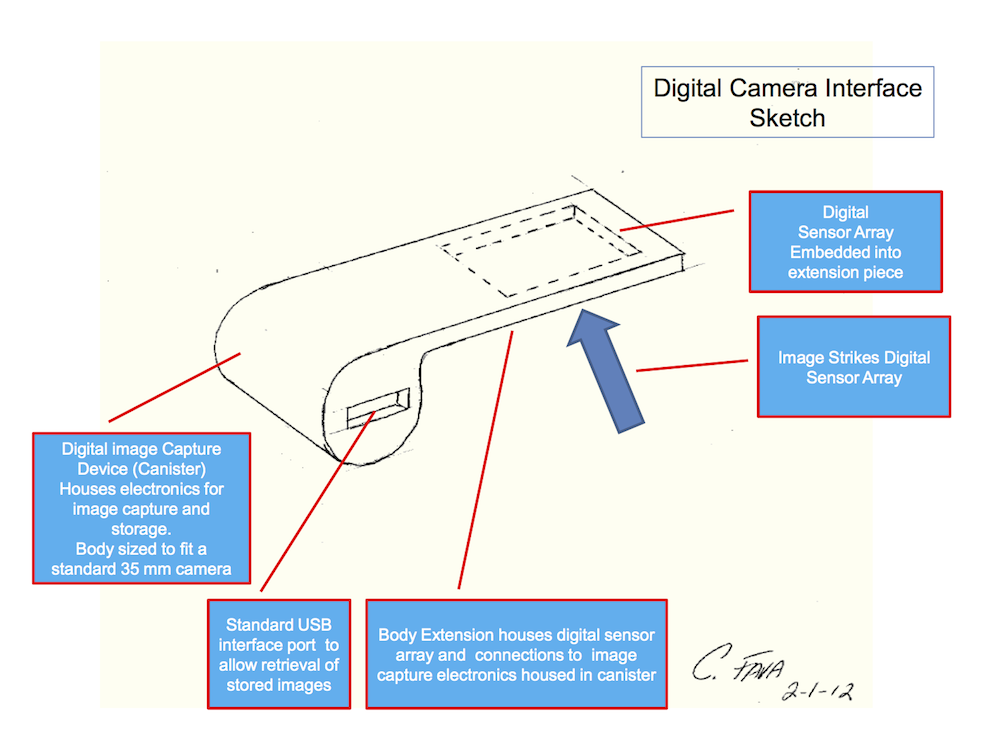 The advent of digital cameras has rendered many fine, quality film based 35 m/m cameras obsolete. Many consumers and photographers still own these film based cameras and would desire to continue using them.

The digital camera adapter is an innovative opto-electronic consumer product device that replaces film and can be inserted into conventional film based 35 m/m camera allowing the camera to capture and store images in a digital rather than film based format. The market for a device that allows a standard 35 m/m camera to capture images in digital format could be huge. Purchasing such a device would be a cost effective way to preserve and elongate the life of these fine legacy 35m/m cameras.

The device takes the external shape of a standard 35 m/m film canister with a protruding “tail” piece that houses the digital sensor array. All electronics, rechargeable battery and image storage memory are contained within the “canister” portion of the device.

Upon removal of the device from the camera, the user connects the device to a personal computer loaded with application specific software and via the USB port downloads the stored images. The USB port would also serve as a means to recharge the device’s internal battery.