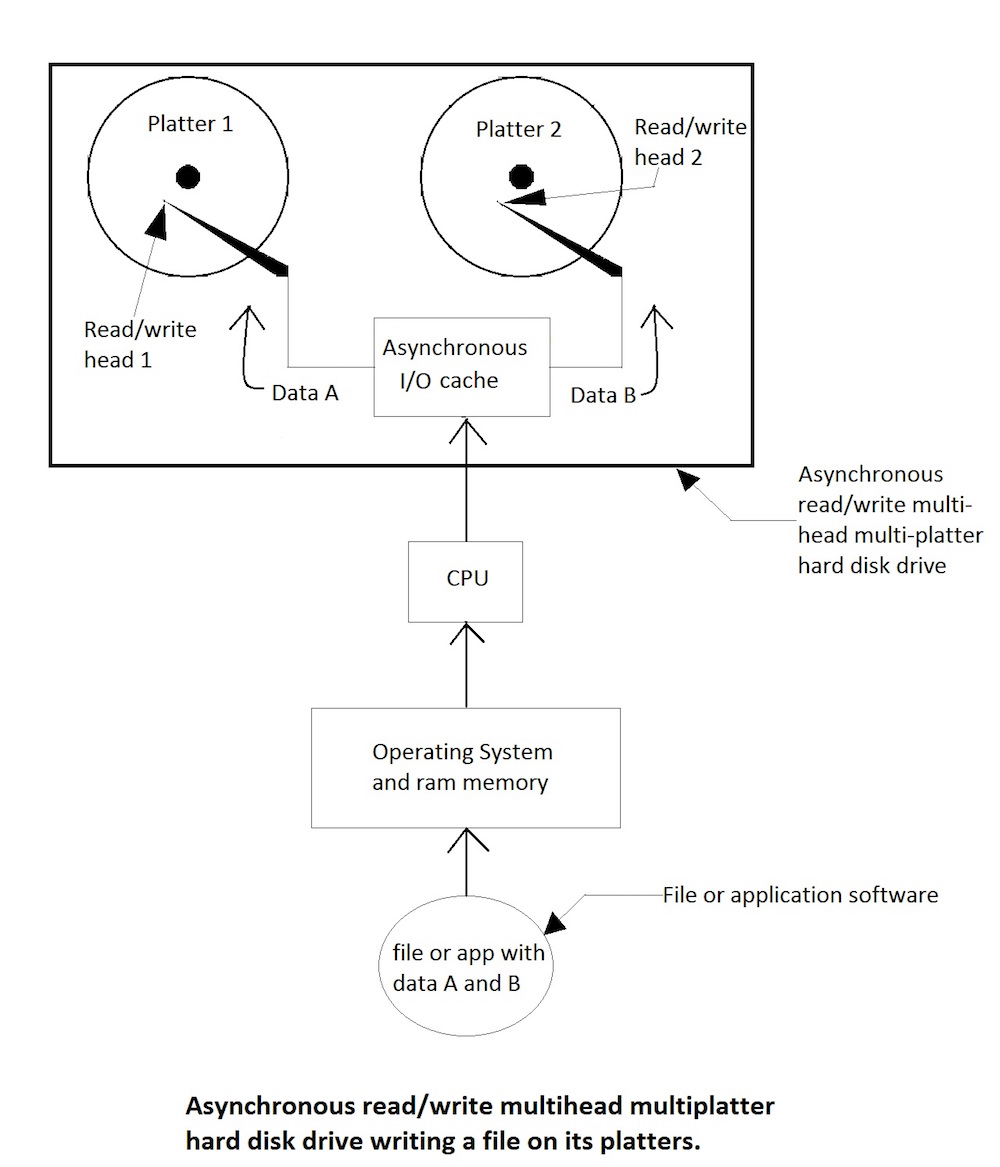 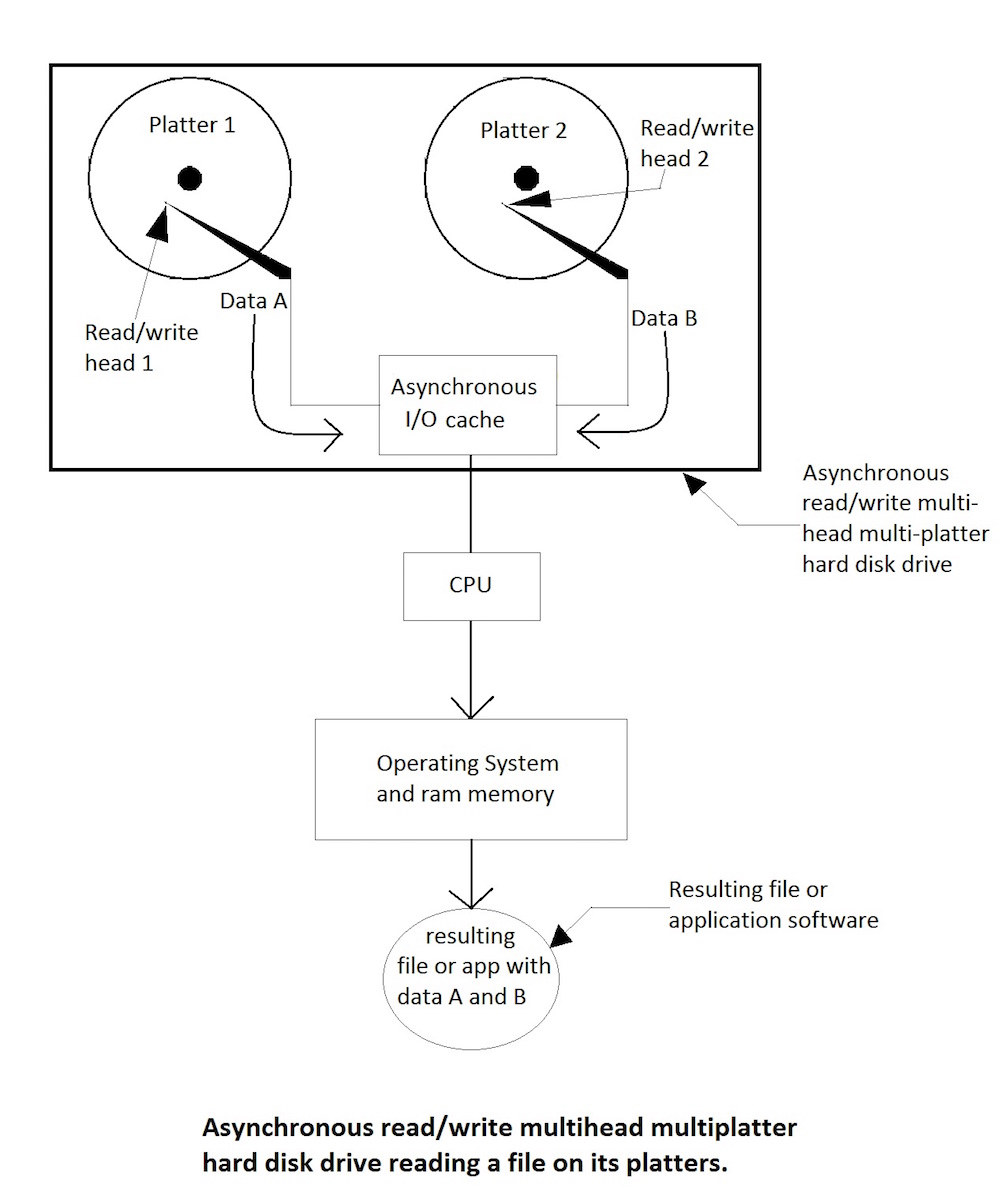 Information technology has rapidly advanced its development through these recent years. These developments include faster processors to handle bigger data processing from Internet and cloud connections, to application deployments. But this increase in data processing speed has become a problem for storage devices in data centers and also in personal computers so solid state drives (SSD) were invented to replace hard disk drives (HDD) because solid state storage devices read and write data faster than HDDs. But SSDs are 6 times more expensive than HDDs. 1 terabyte (TB) HDD goes for roughly $69 while 1TB of SSD can go as much as $439.

With no further elaborations, the attached illustrations may explain best my Asynchronous Read/Write MultiHead MultiPlatter HDD idea for personal computers.

This idea is in the concept phase and I am looking to sell it to companies in the hard disk drive industry.