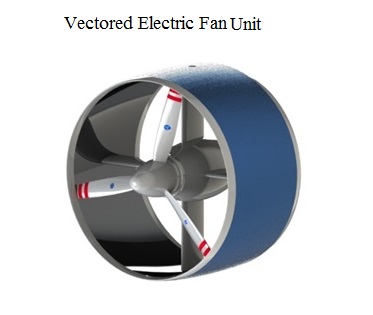 This design provides a sustainable transportation solution based on 4th-generation airship technology that can serve remote communities and resource developments year-round and reduce their freight costs.

Approximately 70% of Canada’s landmass lies north of the permanent road-network. In this area the only year-round transport is small airplanes on gravel runways. Temporary ice roads do allow tractor-trailers to bring in heavier supplies, but climate change is shortening their season and decreasing their reliability. Transport airships would provide year-round freight services equivalent to truckloads at roughly one-quarter the cost of airplanes. Airships also require minimal ground infrastructure and can travel anywhere.

Canada has over 125 remote communities scattered across a vast territory. This could provide a base market for the first 50 airships. However, airships could also be used in mining developments. Well-known deposits of high-grade ore have been identified across Northern Canada, but are uneconomic to exploit due to the cost of building access-roads and the environmental restrictions imposed on this infrastructure. This market for airships could easily range from 50-250 more transport airships.

Canada is not the only country with remote communities and resource opportunities. Much of Africa, the Amazon, Alaska and the Australian Outback would be markets for these airships, and total several times larger than the domestic Canadian market.

The airship presented here is a zero-emission transport airship ‘SkyWhale’. The SkyWhale has been designed to operate in all weather conditions, while handling the logistics cargo trans-shipment quickly and safely. It is rigid, all-metal, water ballast equipped, and hybrid-electric/hydrogen powered. It can carry up to 19 passengers and 10 ton cargo, with provision to substitute passengers for larger loads. The airship will operate below 1,500m altitude and operate at a cruise speed of 125kmph.

It uses hydrogen gas for fuel and lift. The hydrogen will be converted to electric current through either fuel cells or turbine generators to drive electric fans. Water ballast is used to control buoyancy and displace lift in excess of cargo and passengers. Yaw control of the airship is provided by vectored fans at the nose and tail. Pitch control is provided by the vectored fans located on each side of the cargo-bay and fans are directed by GPS-guided-computer-systems built into standard avionics packages.

This airship is in its preliminary-design phase and is being further optimized. Due to the large scale of this project, it has been decided that the manufacture and assembly of SkyWhale will be outsourced to a firm that will procure individual components and assemble the airship.

Airships are inherently less expensive than airplanes because they have lower fuel consumption and manufacturing costs. Airships consume only about a quarter of the fuel consumed by airplanes. Based on industry projections, the cost of manufacturing transport airships is about one-third of an equivalent airplane. With respect to the cost of building all-weather roads in the Northern regions, airships are much less expensive. For instance, a one-lane gravel road that could cost $0.5 million-per-kilometer in southern Canada, costs from $1.5-3 million-per-kilometer in the North.