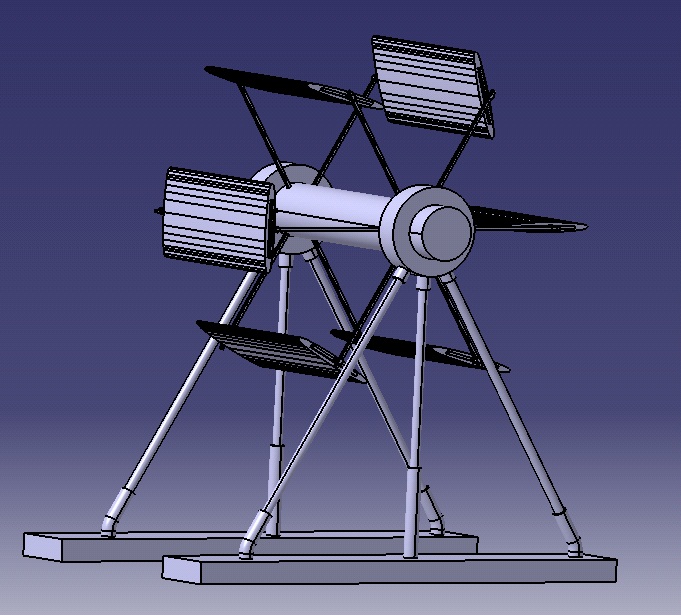 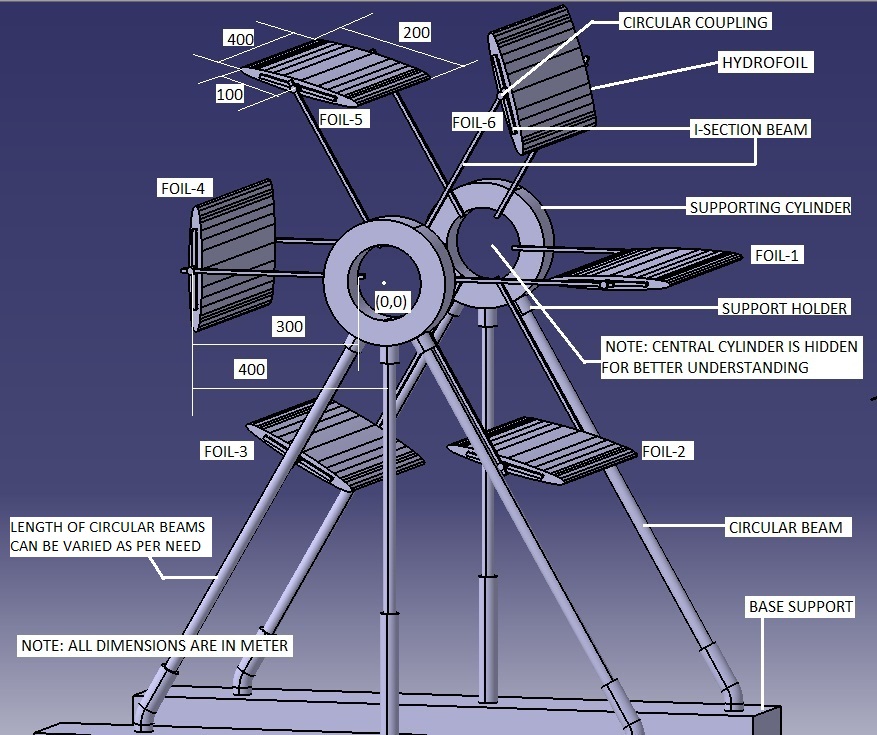 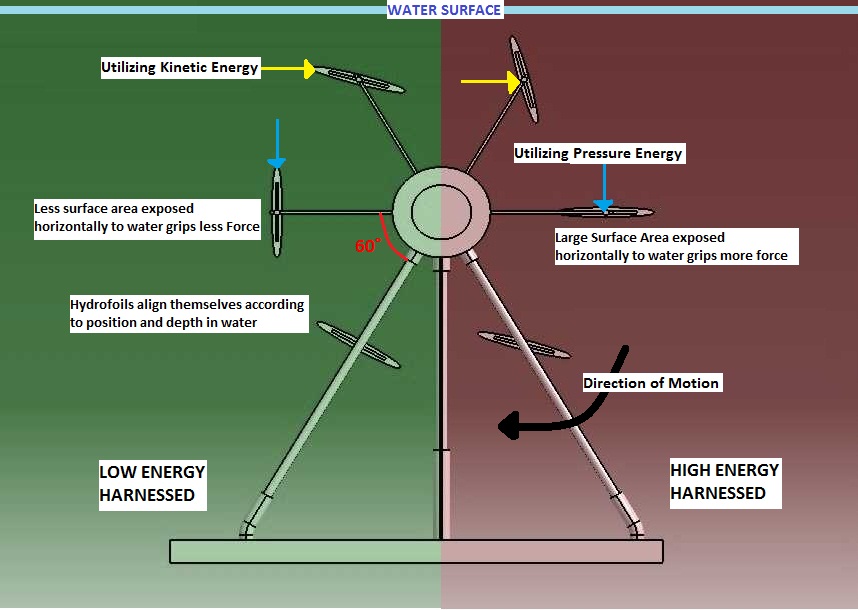 Concept:
The Underwater Electricity Generator works on principle of transforming Pressure and Kinetic Energy of water into Electrical Energy by rotary motion, which is first of its kind.

Objectives:
- Target of 8000 GW
- Apprehend Pressure and Kinetic Energy.
- Continuous power generation irrespective of weather and load variations.
- Something new and unique, which shall be powerful, efficient and useful for at-least 200 years.

Methodology:
- Primary influence is of Pressure Energy acting on large hydrofoil areas at varying depths.
- As waves and tides have periodic occurrence of ‘2’ every 24 hours, hence termed secondary influence, which is neglected so that we can design self-sustaining rotary generator.
- Using Cartesian System, SI Units and considering positive angle in clockwise direction.

Model Conceptualization:
Revised model of Ferris wheel is conceptualized, because large surface area, high pressure difference and continuous rotary motion can be achieved with ease in construction and maintenance.

Construction:
- Revised Ferris wheel diameter including hydrofoil is 1000m, which is supported by one sided tripod frame on both sides.
- I have designed hydrofoil having surface area of 400*200 m² with max thickness of 22m at center, made of aluminium alloy to reduce mass moment of inertia.
- Circular coupling at center of hydrofoil allows it to rotate on its own axis through motors.
- Total 6 hydrofoils are incorporated at 60° from each other affixed to frame’s cylindrical structure by I-Beams.
- Cylinder has a diameter of 200m and length 400m, which houses electricity generators.
- Cylinder has support structure attached on its faces, fixed by cylindrical beams of 10m diameter to ground.