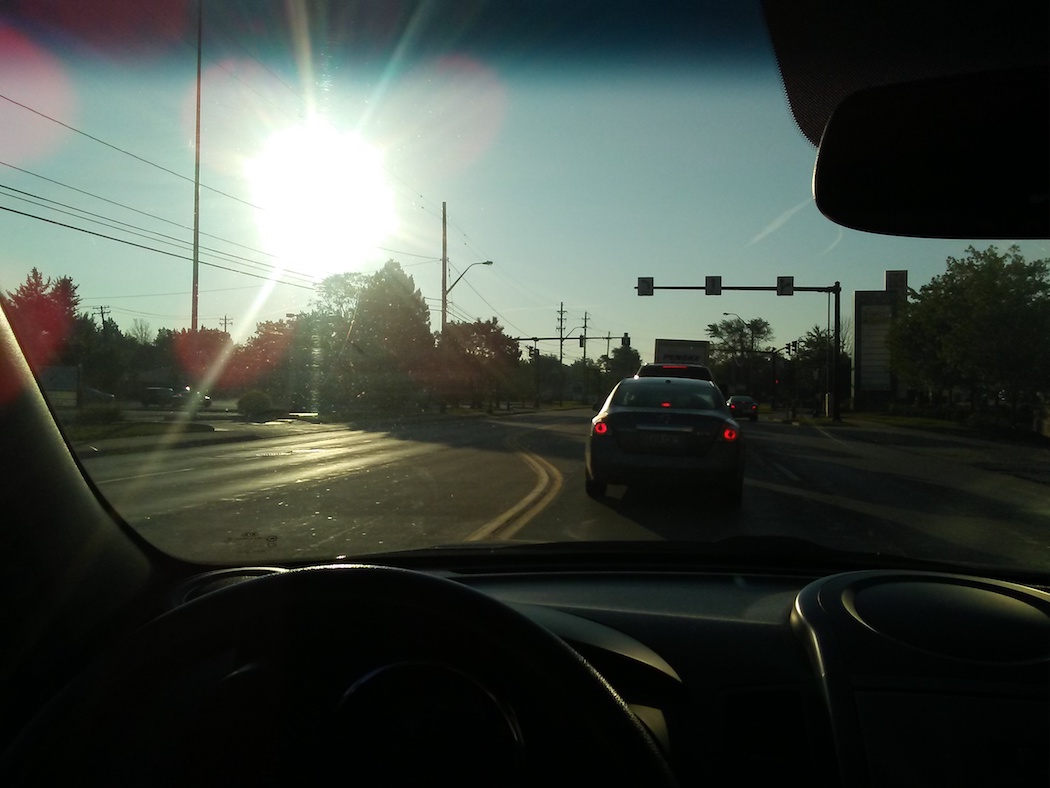 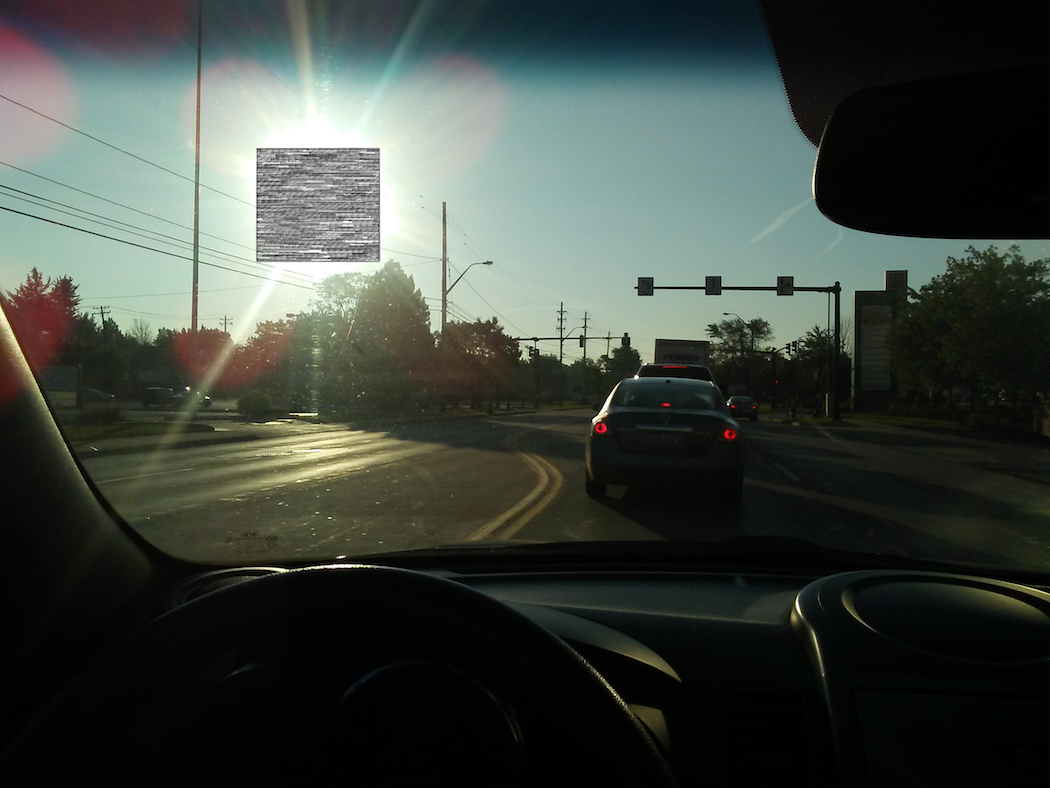 At one time or another we have all had to deal with driving into the sun. My idea is to have a small tinted area that is able to follow the blinding sun based on the position relative to the driver. The clear material would be placed on the inside of the windshield for a retrofit or in the case of a new vehicle, it could be part of the original glass.

The material (similar to the auto-darkening sunglasses available) would have a superfine grid trans-versing horizontally and vertically which would darken when voltage is applied to the two intersecting points. The intensity would be varied based on a user setting which in turn raises the amount of voltage supplied to the area.

The area would also be adjustable based on the size of the sunspot needed to be covered. By increasing the area of tinting needed, additional grid intersections would be activated. The area would be calibrated to the driver height and head position based on the center-line. A sensor mounted to the back of the rear view mirror would be able to sense the sun's position relative to the center-line of the driver's head and shift the tinted area as the vehicle moves.

The tinted area would be fail safe in that if anything would go wrong with the electronics, the shielded area would be off and the glass would be clear as normal. The safety tinting across the top of the current windshields helps along with drop down visors, but it isn't always enough. Most driver's end up putting their hands in front of their faces just to see a stop light change. The moving tint would keep both hands on the wheel and provide some much needed relief.