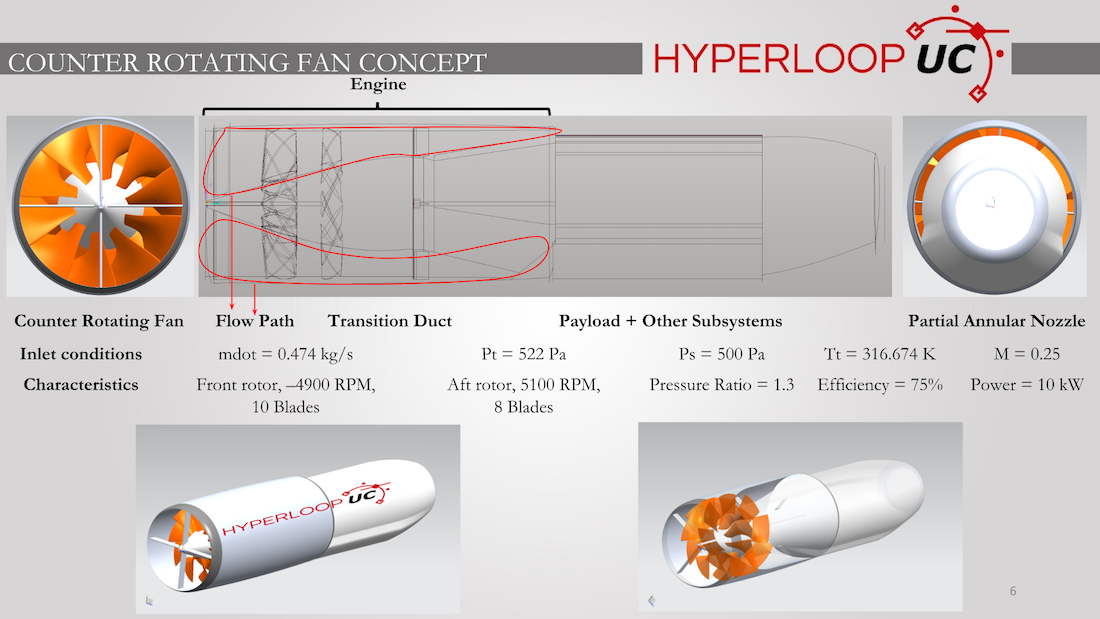 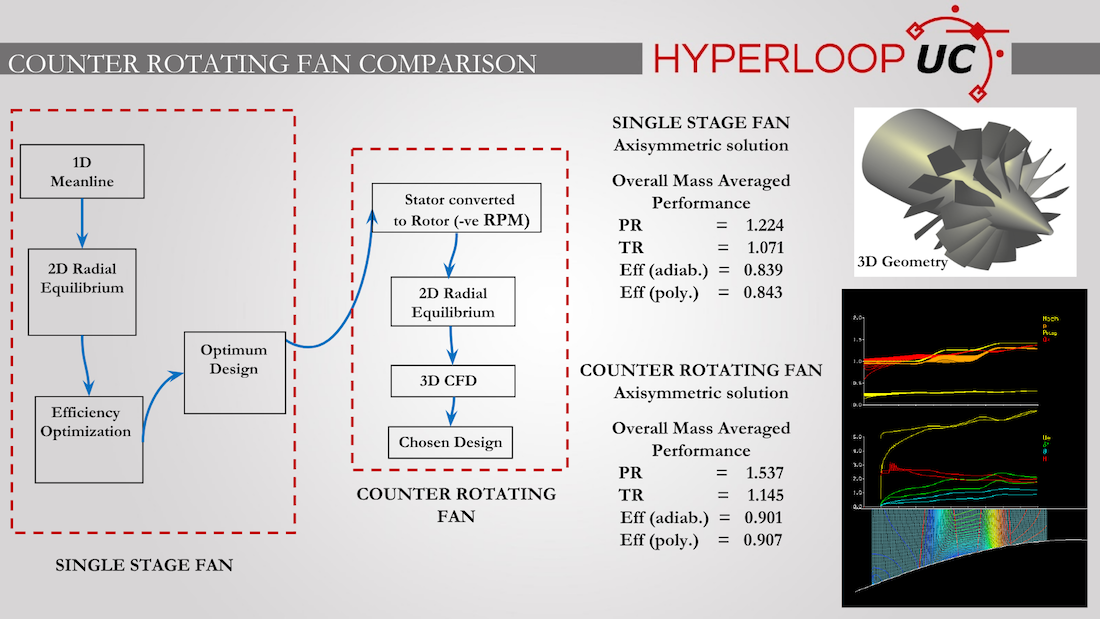 This counter rotating fan design would be usable for Hyperloops as well as commercial bullet trains. With respect to a single fan design, counter rotating fans offer a higher pressure ratio, over 6% increased efficiency, lower rotations per minute, and lower power requirements. As seen in aircrafts in the form of propellers, using counter rotating fans fundamentally cancels all torque on the craft. For the modern bullet train virtually all air drag would be neutralized. As vacuuming the entire Hyperloop tube is neither feasible or cost-effective, partial pressure would be kept in the tube. Hyperloop would have counter rotating fans on the nose of the pod to actively transfer high pressure air from the front to the rear of the vehicle, allowing the pod to overcome the Kantrowitz limit. Keeping the flow attached, the flow is bypassed through a partial annular nozzle. The fan would serve many other purposes, solving the issue of creating a low friction suspension system at near sonic speeds (proving to work at speeds of Mach 1.1 with little to no friction) and providing cooling for braking systems.