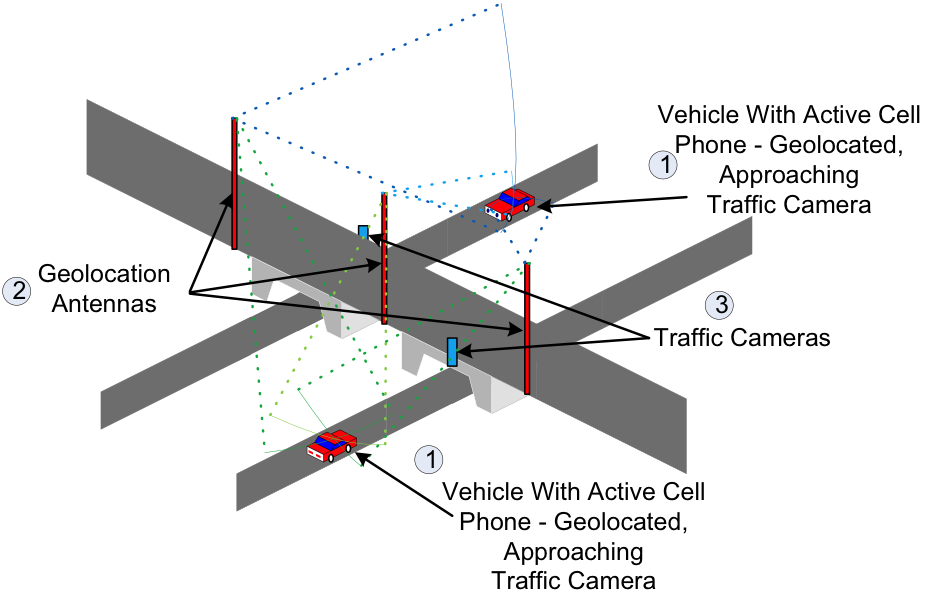 Multiple antennas and cameras could be placed on road overpasses or similar structures to detect and take pictures of drivers that are using cell phones while driving. A moving cell phone could be detected as it approached a check point. Once the system has determined that the phone is in the proper position, a camera would take a picture of the vehicle license and the driver along with timestamp information. Recognition software would be used to determine if the driver was in fact holding a cell phone in use. False triggers would occur if a passenger was using a cell phone or the driver was using a hands-free device. The false triggers would be thrown out by the recognition software while pictures of drivers using handsets would be forwarded to the local authorities so that citations could be issued to the driver.

Depending on cooperative agreements with cell phone carriers, it may be possible to implement this in a virtual manner using existing cell towers. In this instance, the only hardware that would be needed is a processor and camera system for the check point. Custom software in the processor would coordinate the needed data from existing cell towers.