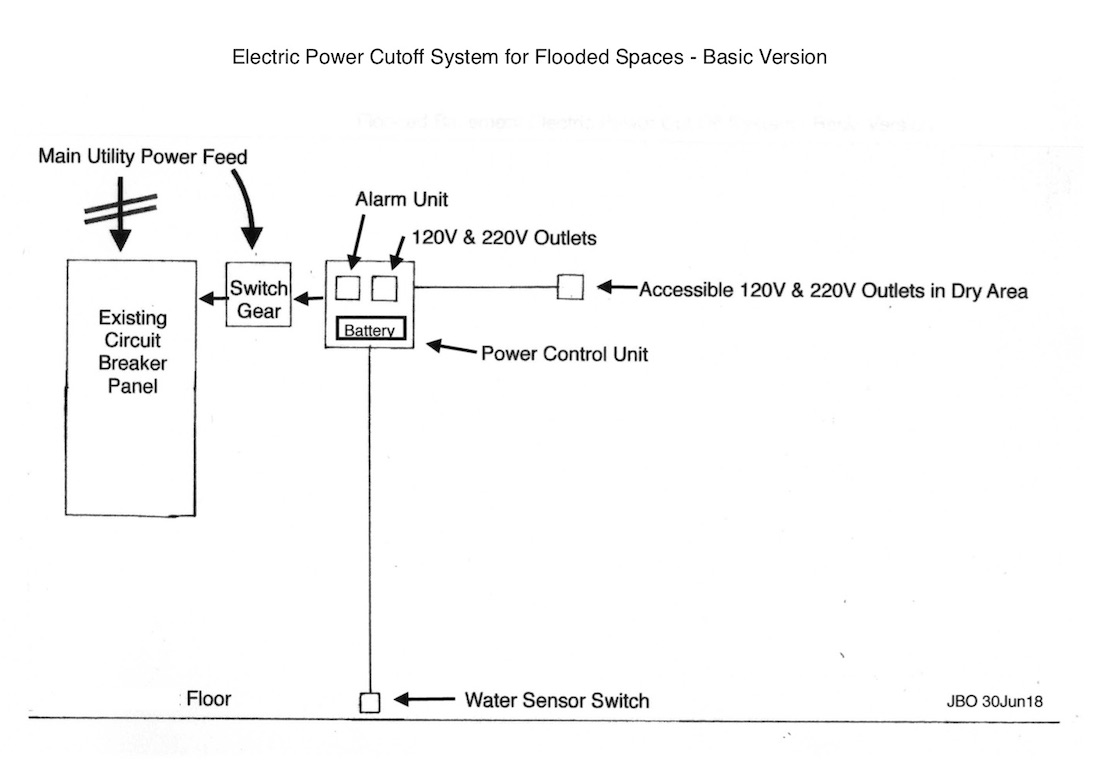 We have occurrences of weather in various parts of the country where flooding occurs. The Midwest has basements that can flood. The South and East have whole communities that flood from storms and hurricanes. Conditions are unsafe for the occupants and any rescue workers. Electrocution is possible for anyone touching or walking in water flooding a basement or building. Access to the main electric circuit breaker panel is normally away from the basement steps or located in a garage.

This design prevents potential electrocution by using a water sensor at the floor level to shut off the main utility power coming into the building.

The water sensor located near the floor is either electronic or a simple ball float switch version found on sump pumps. When water is sensed by the switch, it activates the circuits in the power system controls in the Power Control Unit to activate the power switch gear to disconnect the main utility power to the circuit breaker panel.

When the system is activated, a message is sent to any programmed cell phone number, especially to the power utility company.

The system can only be reset manually to ensure that the flooded areas have been fully dried and a safety inspection has been performed.

Commercial manufacturers of circuit breaker panels can build into their panels the electric power cutoff system for new home and business installations.