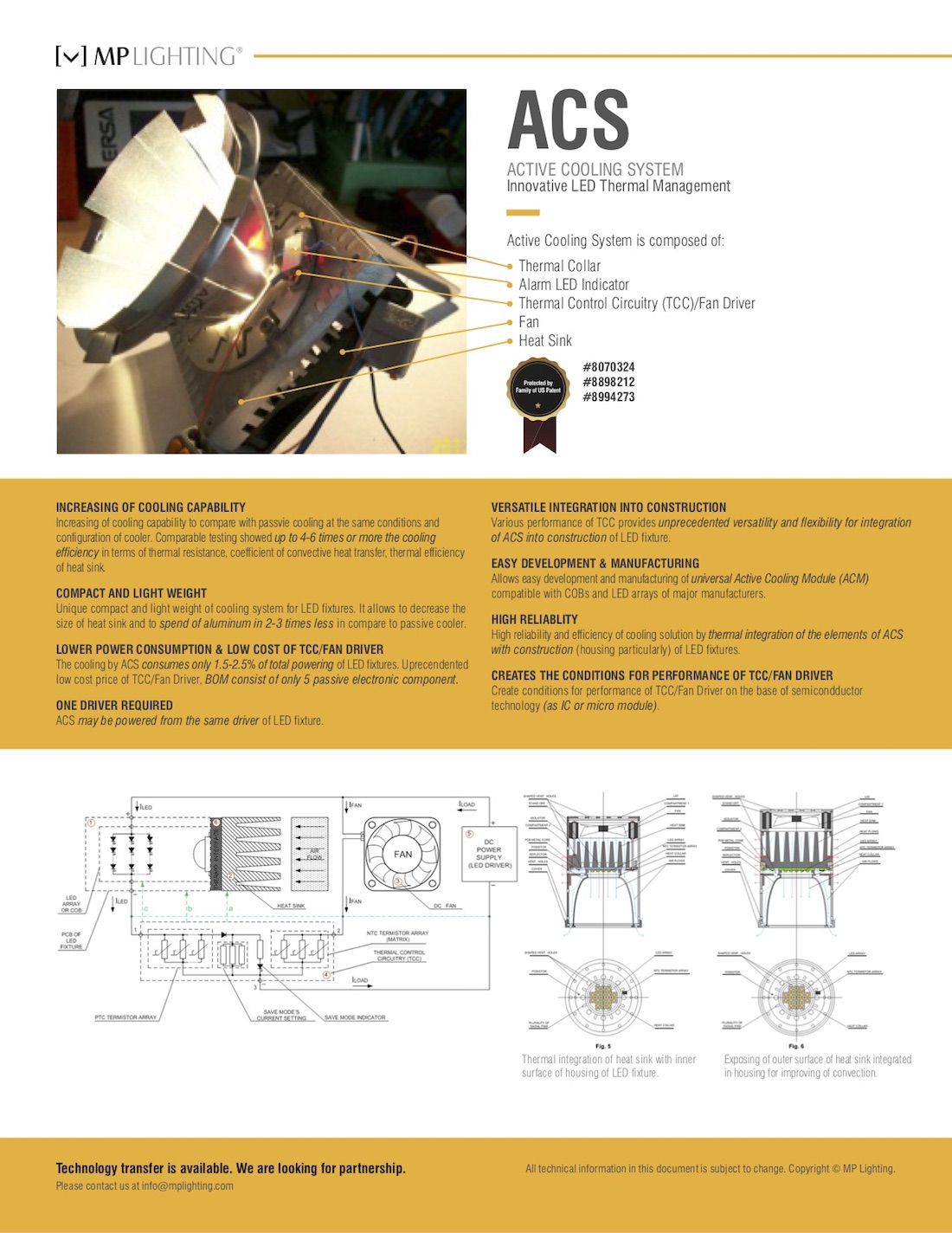 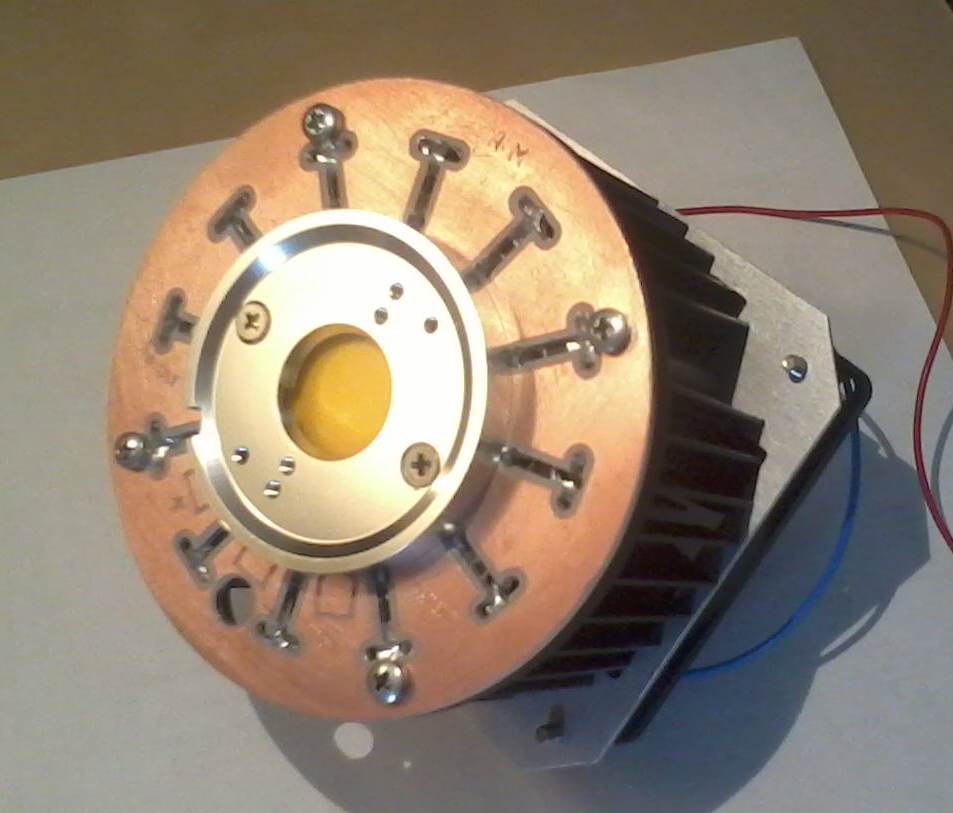 Light-emitting diodes (LED), like any semiconductor, emit heat during their operation. This is because a significant portion of electrical energy (75% – 85%) is converted to thermal energy which results in an increase in the temperature of the LED. Thermally stressed LEDs lose efficiency and their valuable technical parameters. If nothing is done to control the increasing temperature of the LED, the PN junction may fail, possibly resulting in thermal runaway and catastrophic failure.

Thermal management of LED lighting fixtures (or LED lamp) involves the transfer of thermal energy from printed circuit board (PCB) on which LEDs are mounted. This can generally be accomplished through the use of heat sink, which dissipates heat just by means of natural thermo convective process (passive cooling system).  However, for more powerful LED lamps (in the 20 and more watt range), an additional cooling means may be required to maintain performance. This is because of limit the value of coefficient natural thermo convection which limits the thermal energy dissipated by heat sink. In this case a cooling fan which forcing air and increasing thermo convection is typically used in combination with the heat sink (active cooling system).

The conventional active cooling system operates on the base classic negative-feedback control loop and typically consist of sensor of temperature (thermistor), amplifier, control circuitry (as regular, microprocessor), auxiliary power supply, filters, etc. However it is increase the number of components in the light fixture LED lamp and thereby increase manufacturing and maintenance costs, dimensions and weight of LED lamp. That’s why the original active cooling system was developed on the base new concept using of thermistors for thermal management of LED lamp.

The NTC thermistor array has been connected directly in the power line between the DC power supply (the same which powering LED lamp) and the fan. Being thermally coupled to heat sink of LED lamp and electrically coupled to fan the NTC thermistor array capable to perform double function in the cooling system in the same time: changing its resistance by means of changing of temperature of heat sink (acting as temperature sensor) and changing of current through fan by means of changing its resistance (acting as current regulator).

This negative feedback in the control loop simplifies extremely the configuration of ACS because of any amplifier, comparator, microprocessor and auxiliary power supply is excluded from the circuitry. ACS was realized as Active Cooling Module (ACM) which integrates heat sink, fan and thermal control circuitry (TCC) in the entire construction.

A lot of samples of ACM were prototyped and tested with various kind of LED lamp in the range of input electrical power ( 20 – 200) W. Cooling system consumes power no more then (3-6)% of input power of LED fixture and provide thermo regulation of LED’s PCB in the range (45-65) *C under full load of LED fixture.