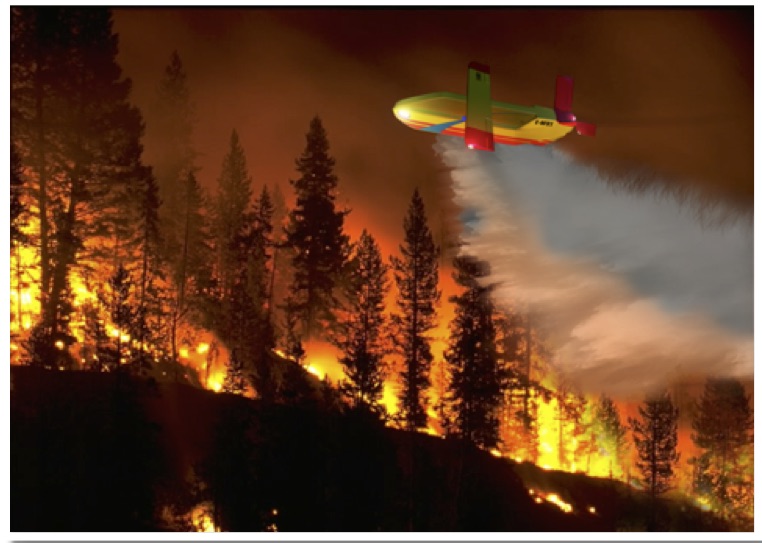 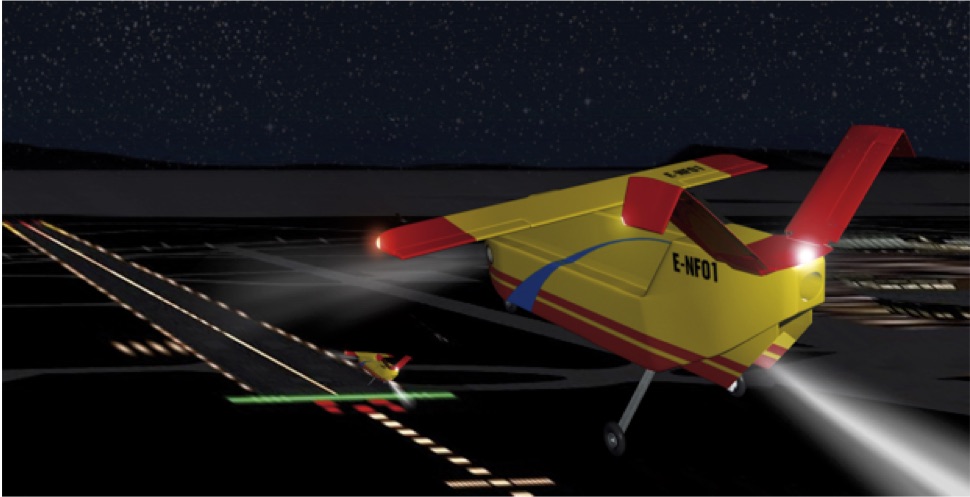 INTRODUCTION:
The maturity of the technologies for the guidance and control of RPAS allows for innovative operational options such as the ability to spray (a liquid) a significant amount of an agent of any sort at a pre-established point in the atmosphere. This is the case of NitroFirex, an innovative project that integrates already available defense and UAVs technologies in order to attain an operative capability that can be applied, at night, in the battle against wildfires and fumigation of drug plantations.

Due to the human and ecological harm caused, the social alarm generated as well as the economic losses that they bring forth, the project that NitroFirex is developing with maximum priority is the one to combat these two modern plagues that whip our society such as forest fires and drugs. For that very reason NitroFirex is concentrating on its nighttime operations as an indispensible and necessary complement to aerial means already in use during daytime.

NitroFirex offers the long awaited night-time operations capability that allows direct support to the ground crews in their relentless fight against forest fire fighting and avoid shot down risk for crew of drug plantation fumigation.

NitroFirex CONCEPT:
The ability to transport a large amount of payload in the minimum time to the area of operations is performed by medium/heavy helicopter or transport aircraft, Launcher Aircraft (LA), designed to do this in minimum time and, if compared with the actual aerial fire fighting means, in the most efficient and economical way.

What NitroFirex does is transport this payload from the LA to the programmed release point. This is achieved by using the innovative UAV patented by NitroFirex, the Autonomous Glider Containers (AGCs) that are released from the rear ramp of a transport aircraft in a programmed sequence or one by one hanged like a bucket-bamby from a helicopter. The AGCs fly gliding autonomously to the programmed release point in the source of the fire

Realizing their contents with utmost precision and then returning to base powered by a jet engine for quick reuse.
Equipped with an autonomous navigation and guidance systems the AGCs glide for one to two minutes from the LA to the point of release over the fire. In this phase its aerodynamic behavior is comparable to that of a guided-glided bomb but with a higher payload, more wing surface and the same glide and guidance capabilities.

For safety, but also economical reasons, the NitroFirex’s AGCs are recoverable. Once the drop of extinguishing agent on the fire takes place, the NitroFirex AGCs performs an “escape” maneuver from the danger zone. Taking advantage of the great and sudden loss of weight as well as the surplus speed, the empty AGCs transformed, thanks to the jet engine that propels it, into an UAV.

It returns autonomously to the operation base of the launcher aircraft where it can be swiftly reused. Base of operations is an airport close to the fire to which the LA with the NitroFirex system is deployed when called for.