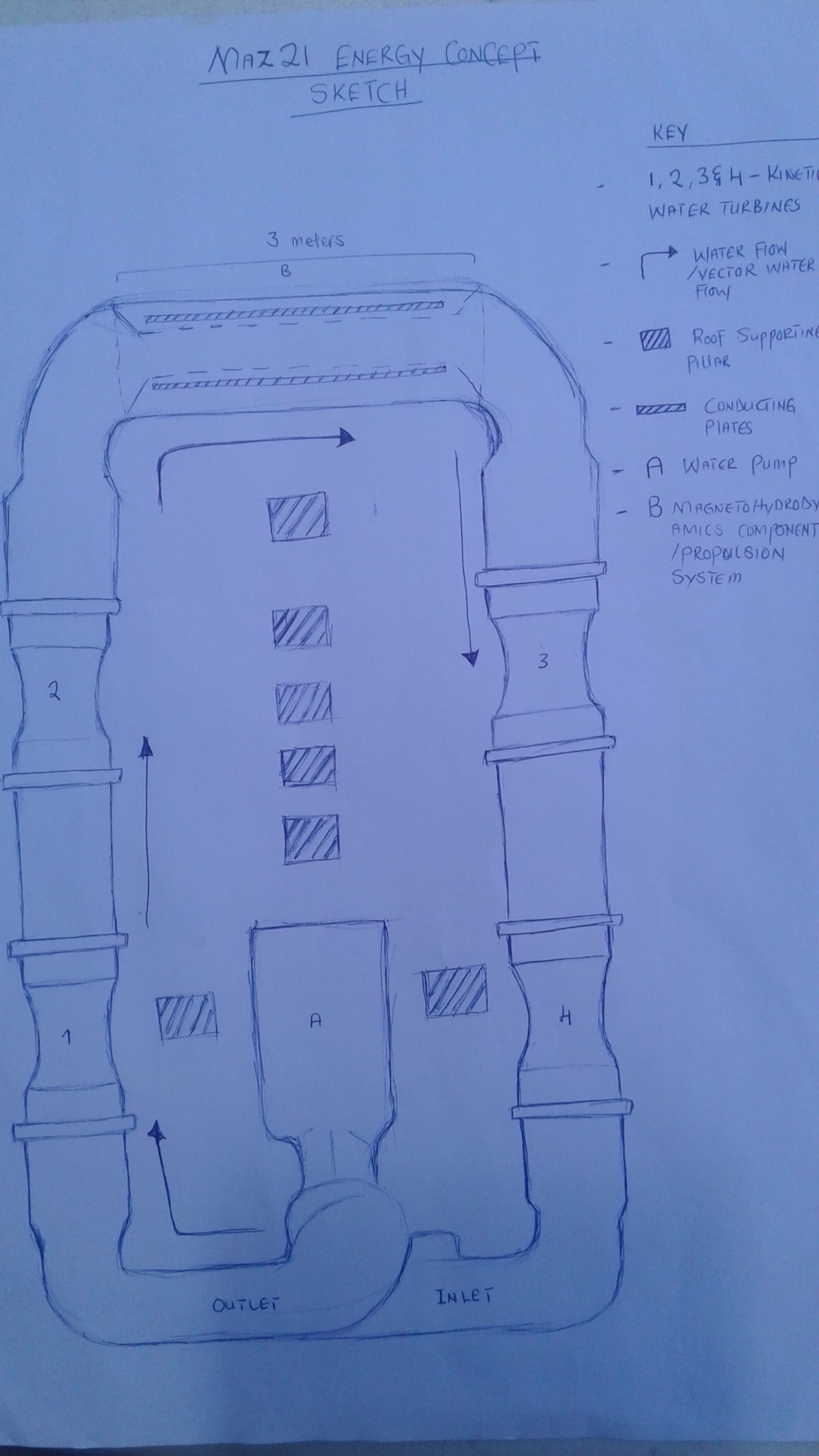 The Maz21 energy concept evolved from the water web concept of 2018 (https://www.entrepreneurship-campus.org/ideas/16/10791/). It seeks to generate power in a cost effective way. It utilizes kinetic water turbines fixed in a series inside a 80cm internal diameter polyethylene tube. The whole system will have 4 kinetic water turbines which shall be connected to form a complete cycle. The water shall flow inside the tubes by a force from the Magnito-hydro dynamics propulsion units, designed and inserted in the tubes.
The water used in the maz21 energy concept shall be ionized in order to improve current density and reduce the joules effect resulting poor conductivity.
The whole system has a unique infrastructure design, this means the system shall burried in a concrete capsule. Its designed to host atleast 6 units which will have 440Kw of power output
The system is aimed at presenting an effective alternative power production concept. The following are the anticipated scores of this system. Firstly, the system is expected to be cheaper than Hydro, Thermal and Nuclear power plant. This is because it utilizes the already existing peices of technology with a few twerks but with a completely different design. Secondly, the system is expected to be highly flexible. This makes this system to be deployed nearly anywhere in the world, especially deserts, refugee camps and drought regions.
Lastly, the system is expexted to be quick to deploy. Which can be very useful in war torn nations.
However, floods are likely to make the system absolute.