TURBINE with Jet Incision and Turboexpander 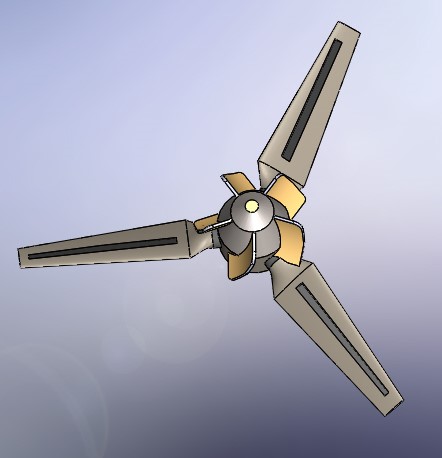 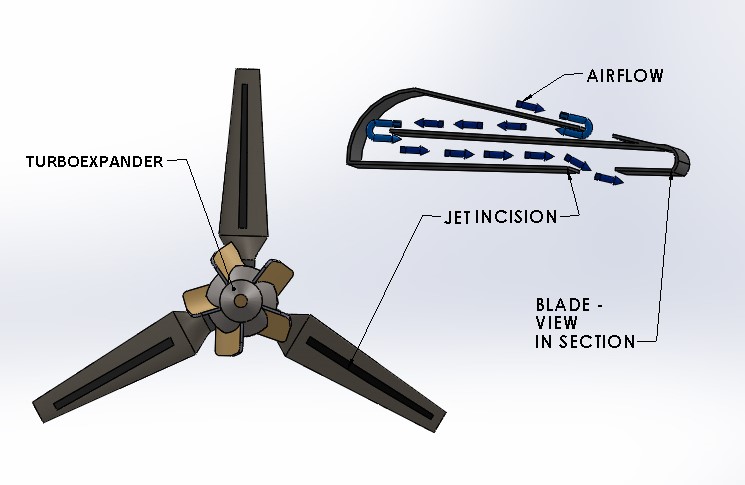 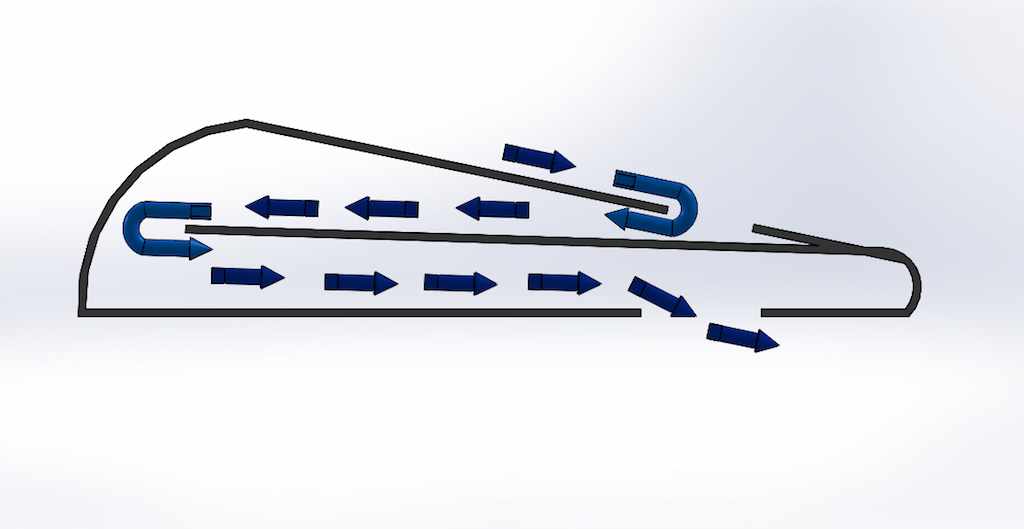 This turbine differs that has two additional elements - a turbo-expander in the center and jet cuts on blades. The turbo expander absorbs wind energy. Thus the non-working center of the turbine becomes effective. In some versions, the fairing itself will have grooves absorbing wind energy.

Blades of the turbine have cuts which open cavities inside the blades. The stream of air comes inside the blade and presses inside too. Thus the area of pressure of a wind increases almost in 2 times without change of a configuration of the blade. The wind presses on the bottom and top surface simultaneously from within. Accordingly the capacity of the turbine increases maximum in 2 times too, minimum on 50 % depending on a configuration of the blades.

Rigidity of the blade does not decrease thus. Longerons and ribs provide stability of the blade and reduce its weight. The blades have the second cut on the bottom part and an additional plane inside. The stream of air or water will come through the top cut, then it will pass around of a plane and will be squeezed out through cuts from other surface of the blade. This jet stream will increase capacity of the turbine even more as pressure and the jet moment will be summarized.

Turboexpander in the center increases power even more. Similar studies have been conducted with a hemisphere called EcoRotr.
https://www.ge.com/reports/post/120795016210/how-does-a-wind-turbine-work-with-ges-new/

Experiments have shown that the hemisphere in the center of the turbine increases power by 3%.

A similar system was tested by Biome Renewables: https://www.windpowerengineering.com/design/new-powercone-retrofit-increases-wind-turbine-aep-by-up-to-13/

But their PowerCone has only a simple propeller, which prevents the cooling of the nacelle. And in the presented system, the flaps are located directly on the surface of the gondola, which contributes to its cooling. In addition, the flaps capture a greater wind flow. If this is so, then turboexpander will increase turbine capacity by 10-15%.