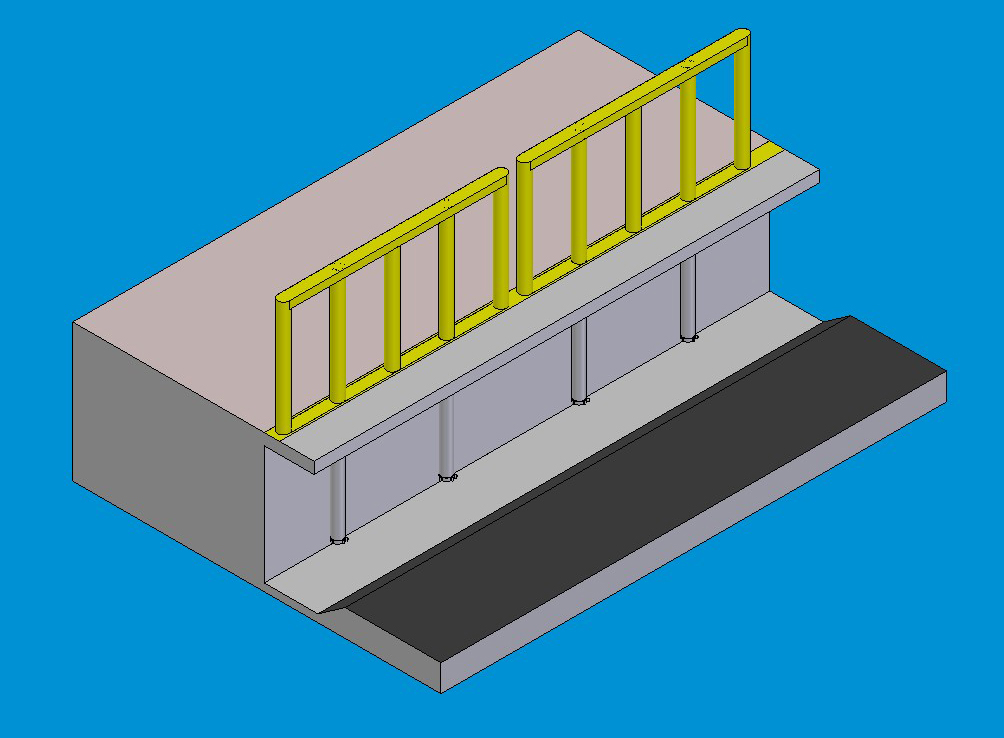 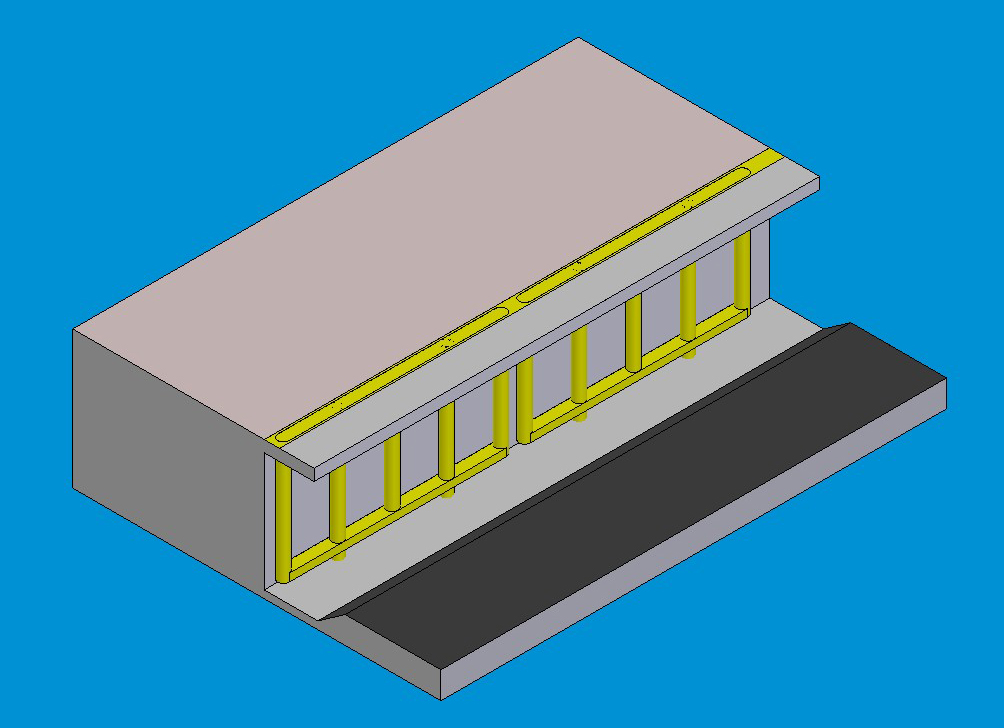 This device is intended to prevent people from falling or jumping into the train's way in the metro; subway, stations.
It consists in a retractile barrier of 1.5 meters in height which is deployed when the train isn’t in the station; and is retracted in the floor when a train is stopped in the station.
This appliance would be activated by pneumatic devices or by electromechanical devices installed under the platform’s floor.
It’s made from aluminum and acrylic; which makes it statically and architecturally compatible with the station building. This device will allow a safety distance between the people and the moving trains.
Its operations is as follows; when there isn’t a train in the station’s platform the sensors of the device block the mechanism and the barrier still up. When a train arrives at station the sensors active the mechanism and the barrier is retracted.
In case a person is hindering the rise of the barrier an alarm will issue and the overload sensors on the device prevent this from hurting the user; when the people have moved out of the barrier's way this will go up.
This could help avoid the cost due to delays, service suspension and legal process arising from death or injuries of a person that could fall in the train's way.