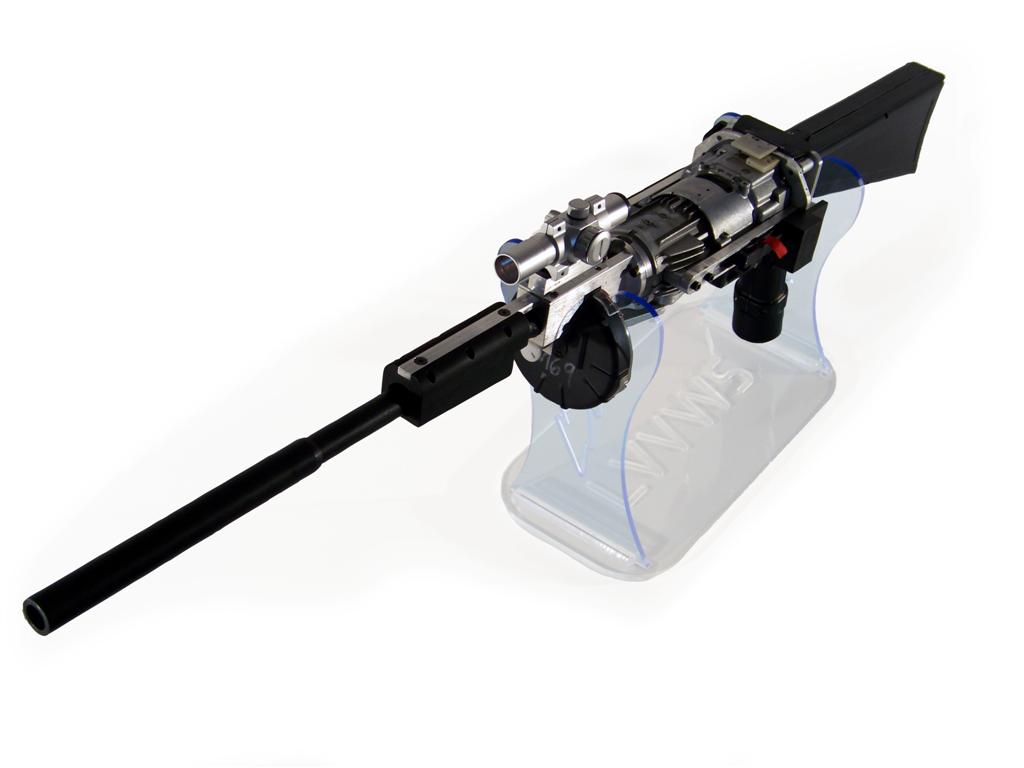 The Lund Variable Velocity Weapon System, or LVVWS, is a variable velocity non-lethal projectile launch system that uses a commercially available combustion gas in a single cycle engine to launch impact projectiles to deter or incapacitate an opponent.

This microprocessor-controlled weapons system is designed to launch projectiles at velocities appropriate for the distance at a minimum of two rounds per second. Magazine capacity is currently 15 rounds, which may be increased with simple design modifications. Fully loaded with the magazine in place, the final configuration of the LVVWS will weigh under 5 pounds, has minimal firing recoil and functions at extreme temperatures ranging from -15oF to +120oF.

Classified as a ‘green’ weapons system, the LVVWS has no discarded projectile cartridges, no smoke, and no powder residues. The safety system adjusts to provide projectile velocity that is non-lethal, regardless of distance to target, from 5 yards to 150 yards. A mechanical lock-out is also provided for the trigger. An automatic range finder can be incorporated with the microprocessor. The LVVWS system is covered by multiple patents.