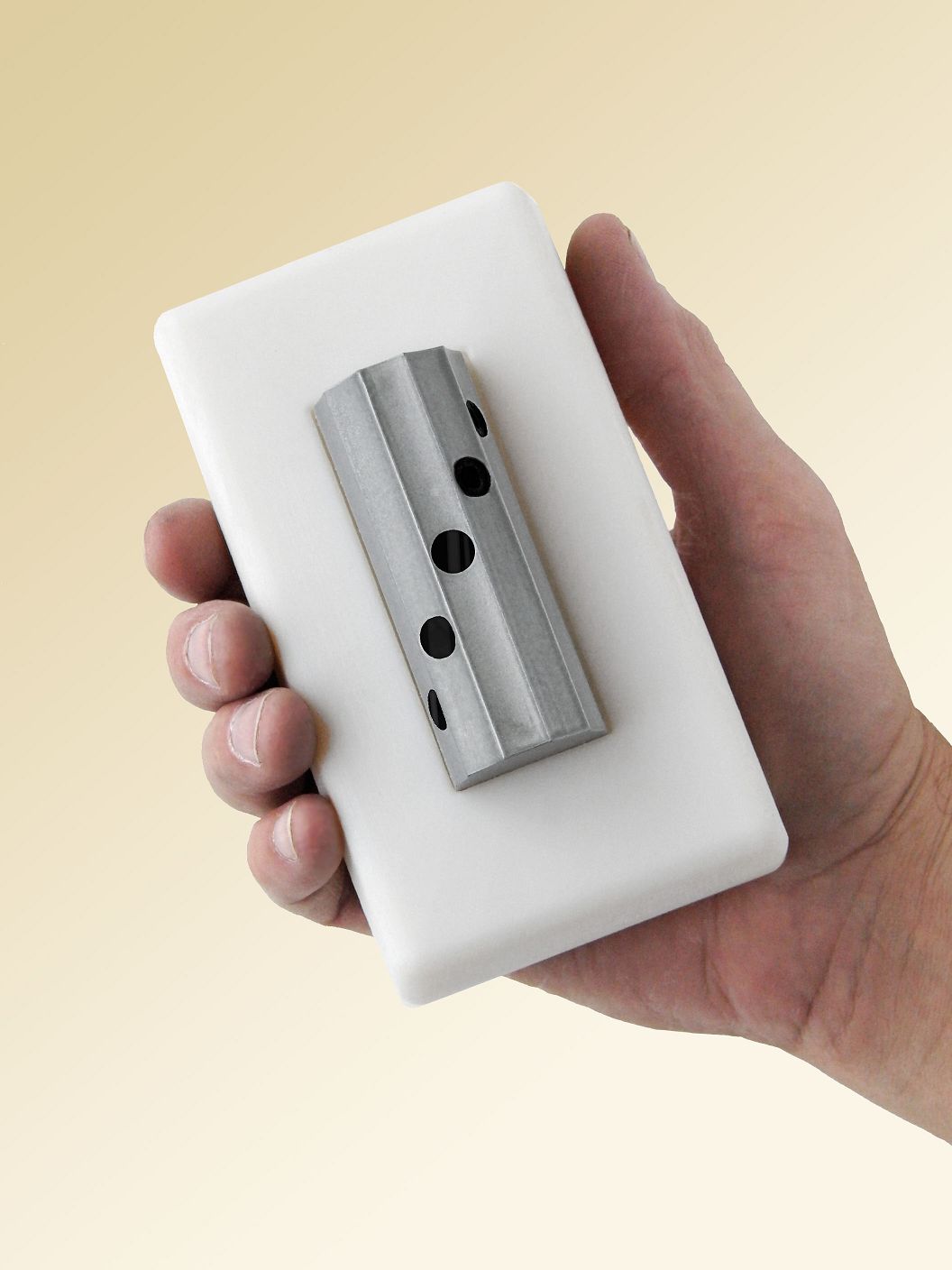 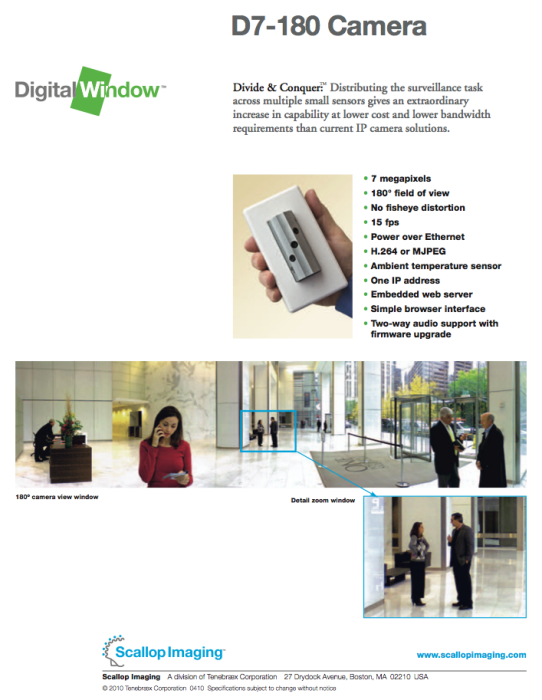 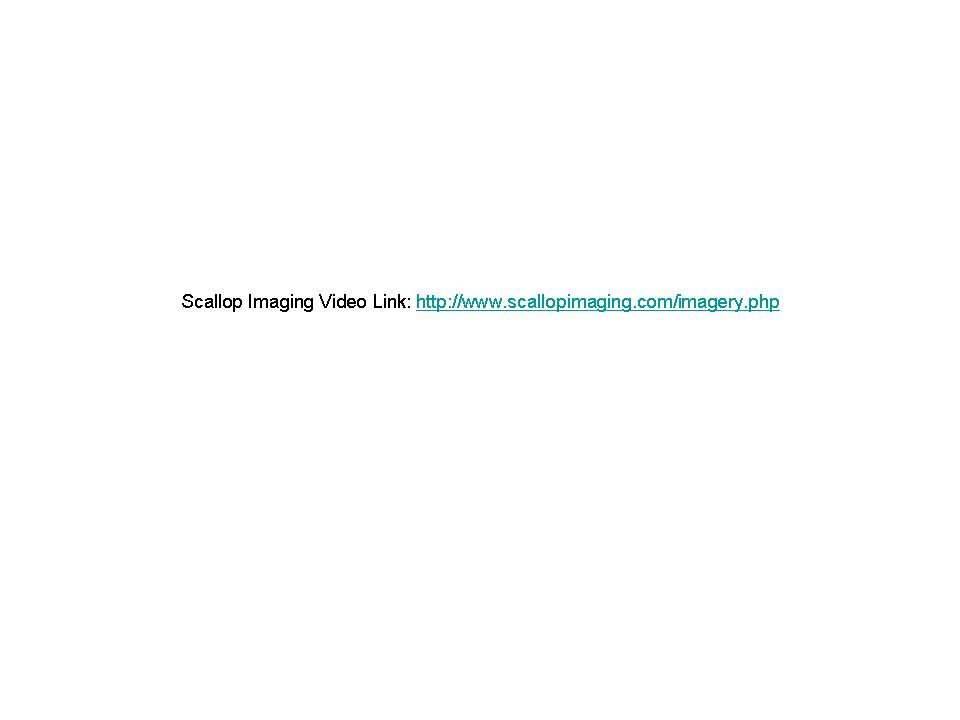 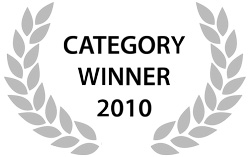 Scallop Imaging’s seven megapixel Digital Window D7-180 video surveillance camera is the first stand-alone computational imaging system, able to stream and record in full-color high resolution throughout its 180° field of view, without fisheye distortion. The imaging task is distributed among five powerful microsensors, synchronizing and assembling their output in the camera head. Processing over 100 megapixels per second, Digital Window synthesizes the image data into one (1) 15 fps HD window that combines a seamless 180° field of view, plus up to four separate and instantly repositionable zoom views. In addition, the camera can record the full resolution seven megapixel image stream at one fps in the background for storage and later review. With these views provided, users never lose sight of the overall scene, as often happens with traditional pan/tilt/zoom cameras

Most security cameras use a single lens to deliver up to a 140? degree field of view, in low resolution, often with fisheye distortion around the edge of the frame. These also often use a pan/tilt/zoom mechanism, which moves relatively slowly, making it hard to quickly zoom on area of interest. Further, traditional security cameras do not provide high resolution video at the low cost of a Digital Window camera. Altogether, Digital Window makes it much easier for security professionals and law enforcement agents to monitor and use surveillance video, significantly supporting security and advancing investigations.