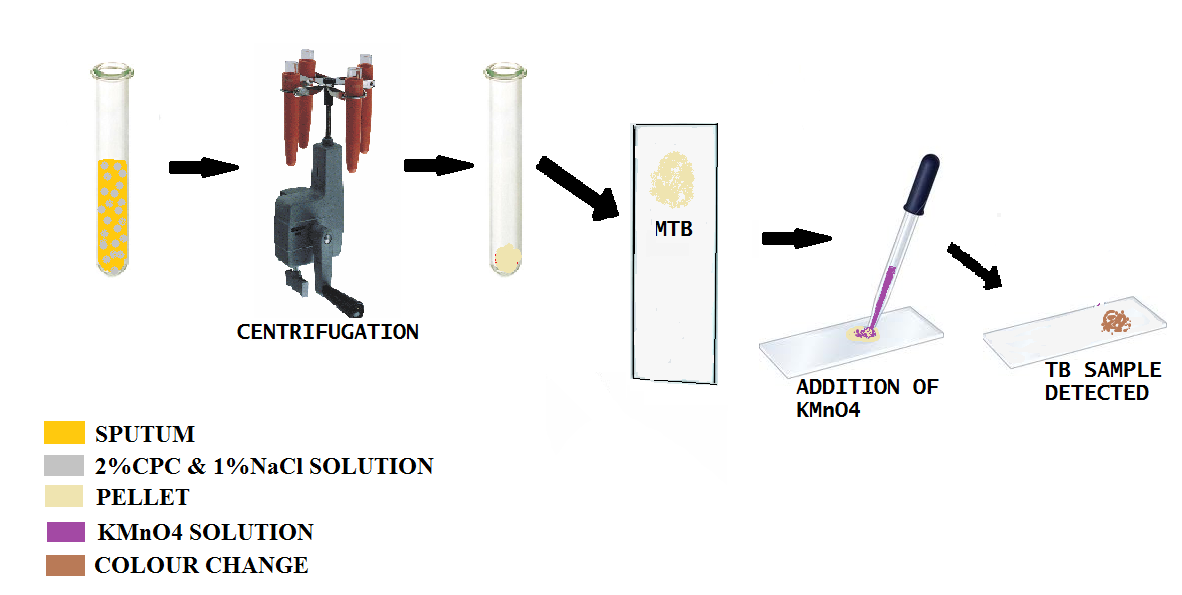 Tuberculosis (TB) continues to remain as one of the most pressing health problems among the world. It is the highest TB burden country in the world, accounting for one fifth of the global incidence - an estimated 1.96 million cases annually. Approximately 2.9 million people die out of tuberculosis every year worldwide; about one fifth of them in India alone. Nearly 500,000 die from the disease – more than 1000 per day–one every minute. The disease is a major barrier to social and economic development. The situation is more complicated because of the fact that TB disproportionately affects the young population in India.

The modern diagnostic techniques, inspite of being specific to an extent have some drawbacks: false positive results (Tuberculin Skin test and interferon gamma test), lack of specificity (X-rays, Smear Microscopy), time limitation (“gold standard” test). The cost incurred cannot be digested by a common man and thus he avoids screening and NEGLECTS the early symptoms which leads to spread of TB-DISEASE.

Keeping in mind these aspects, a detection technique is required which is affordable to rural clinics, providing instant results and being very specific in the detection of Mycobacterium tuberculosis. The proposed technique can be administered with minimal training, thus paving way for early detection and prognosis. This will eventually lead to decrease in mortality rate and improve the socio-economical development.

In the entire protocol we will be using only two chemicals:

Potassium permanganate is highly reactive under normal chemical Condition. It will oxidize a wide variety of inorganic and organic substances. Potassium permanganate (Mn 7+) is reduced to manganese dioxide (MnO2) (Mn 4+) which precipitates out of solution.
We will use this characteristic in order to effortlessly, instantly and inexpensively identify Mycobacterium tuberculosis in clinical samples compared with other methods.

1)A sputum sample is collected.

2)Then sufficient quantity of a solution of (CPC) and normal saline (NaCl) are added.The main role of CPC is to eliminate all the other components (macrophages and other bacteria etc)except Mycobacterium

3)The solution is then centrifuged .The supernatant is discarded.

4)CPC and NaCl added to pellet that is obtained.

6)The final residue is spread on a slide and treated with KMnO4 and the brown coloration is observed which is visible thus confirming infection of TB.

Thus this method is very simple and efficient to perform.