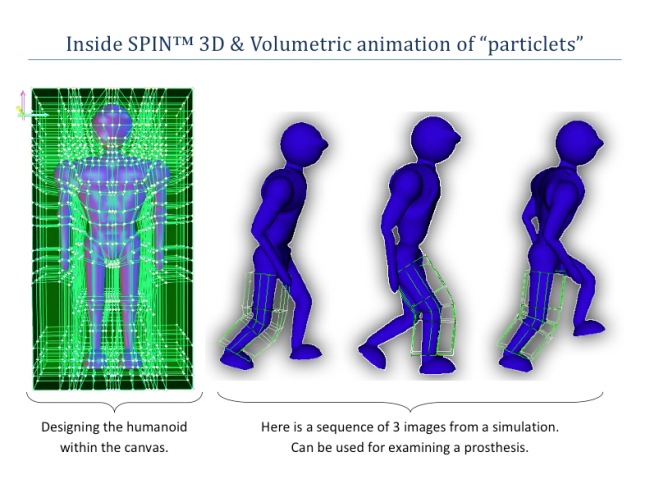 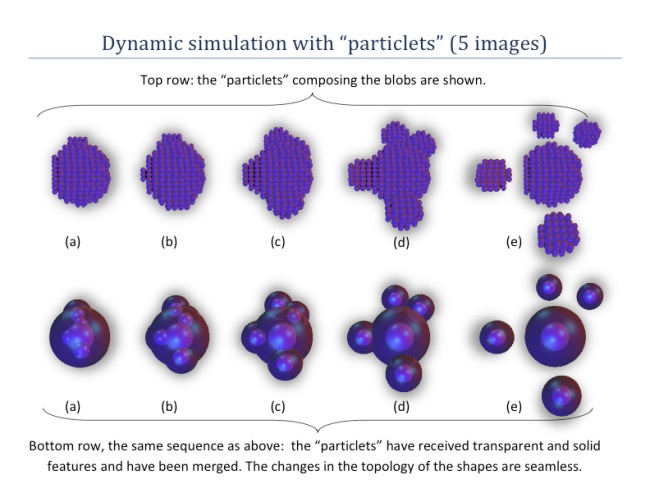 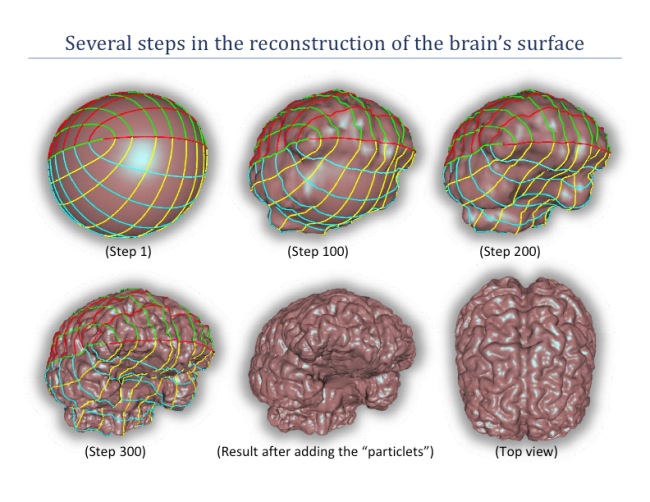 In biology, chemistry and medicine, the applications and complexity of 3D graphics are continuing to expand to new frontiers. Dynamic 3D graphics are used to simulate or interact with processes that involve both surface and volumetric transformations, such as chemical reactions, processes within a cell, development of a plant, and DNA studies.

The SPIN™ 3D method is designed for dynamic 3D graphics. Here are the key aspects:

1) Blends surface and volumetric features of a 3D object in a way that’s optimal for real-time simulation, interaction and free form modeling.
2) Uses "particlets" as building blocks for constructing 3D objects. Every “particlet” may carry surface and volumetric properties, similar to a cell in a living organism.
3) Exhibits on the fly approach for merging “particles”, enabling solid objects to become fluid and morph into any other shape in real-time.
4) Produces temporal consistent animation frames.
5) Exhibits adaptive level-of-detail. Increasing the detail is achieved by subdividing a parent “particlet” into sibling “particlets”. The siblings may have features that are different from the parent’s.
6) Modeling and animation with physics engines is performed in a natural way, the way it’s supposed to be.

The principles and dynamic aspects of SPIN™ 3D are depicted in the figures:

Fig. 1: Shows in green a grid, which is a placeholder for the “particlets” composing the humanoid. The walking humanoid frames illustrate a volumetric transformation applied via the grid to the particlets as to produce the desired outcome. The grid acts as a skeleton.

Fig. 2: Five frames showing the dynamics of a blob merging process:
a. top row shows the blobs composed of non-merged “particlets”.
b. bottom row illustrates the result after the “particlets” have received transparent and solid features and have been merged.

Fig. 3: Five frames of a dynamic process for reconstructing the brain’s surface using a grid convergence approach. Once the convergence is complete a “particlet” is inserted at each grid point. Further, the inside of the reconstructed brain can be filled with “particlets”.

SPIN™ 3D is CPU scalable and therefore is optimally running on any computer, including low power mobile devices. The applications of SPIN™ 3D also extend to engineering, gaming and 3D movie industry. SPIN™ 3D is best for virtual reality training tools, such as, in surgery planning.