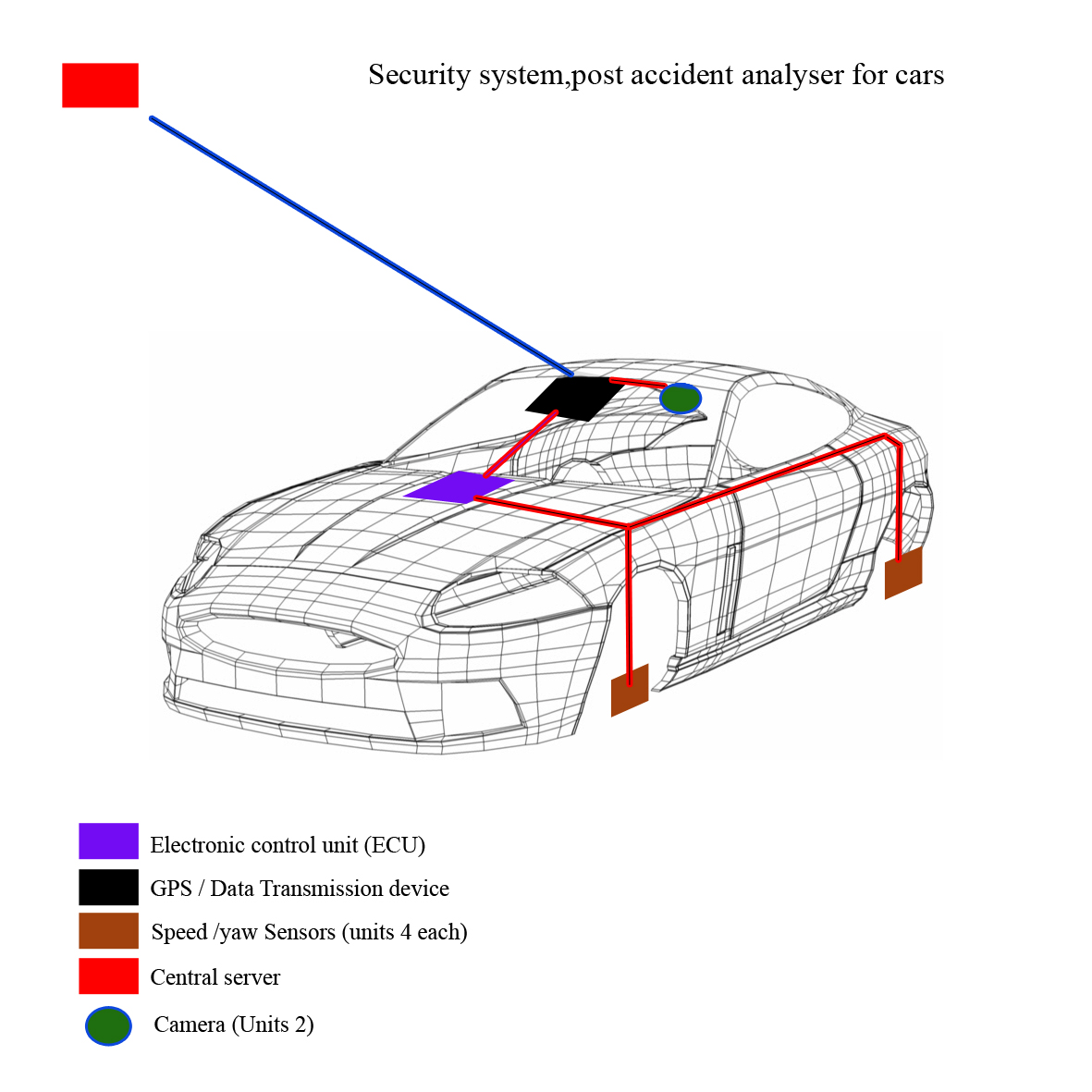 SSPAA (Security system and post-accident analyzer)
Description
A system which will take care of security needs and provide critical/predictive information on accidents.

Figure at left: represents normal driving mode, the driver is travelling at mid-30's, breaks down slowly and accelerates

Figure at right: represents speed violation, the driver's top speed is ~80mph which is a speed violation in most states. The ECU then registers the speed, GPS coordinates and transmits it to the central server where an operator/software could check the car and can issue speeding ticket. Further examination of the graph shows (green region) a speed drop of 78mph in 2 seconds after which the vehicle stops. Again based on the location the operator/software could make out if it was an accident. During such occurrences the front and rear cameras are activated and they transmit pictures to the central server which will act as a visual aid to the operator so that he/she can send support units in case of an actual accident.

Theft detection
The detection is based/started on
1. Complaint from owner
2. Car away from home coordinates by 200 or greater miles
3. Compromised ignition system

In case any of the above events occur the SSPAA does the following
1. Logs GPS coordinate continuously
2. Captures images of the driver
3. If confirmed the theft alarm is switched on automatically from the server to serve as an indicator to nearby police units.

Conclusion
The above concept is in its early stages of development. There is no actual demonstration. The estimated cost for this method would be less than 200$ excluding the central server. The central server should be governed by the government (Police) and this method can be integrated with the existing 911 service.