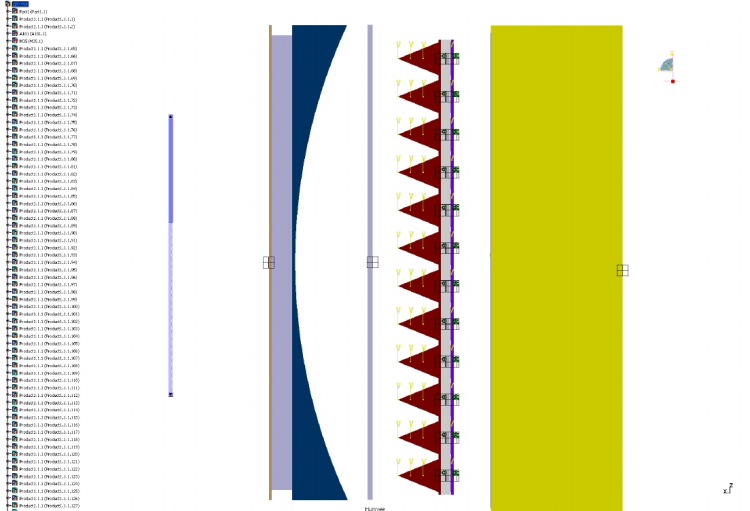 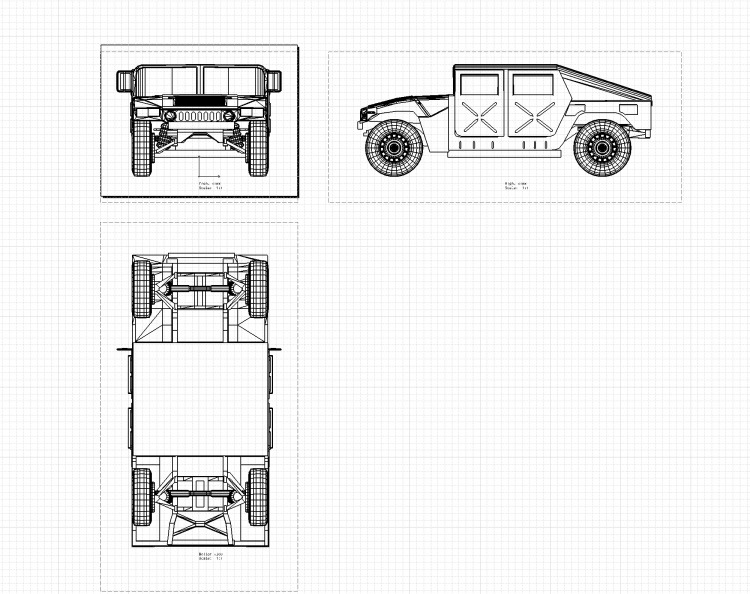 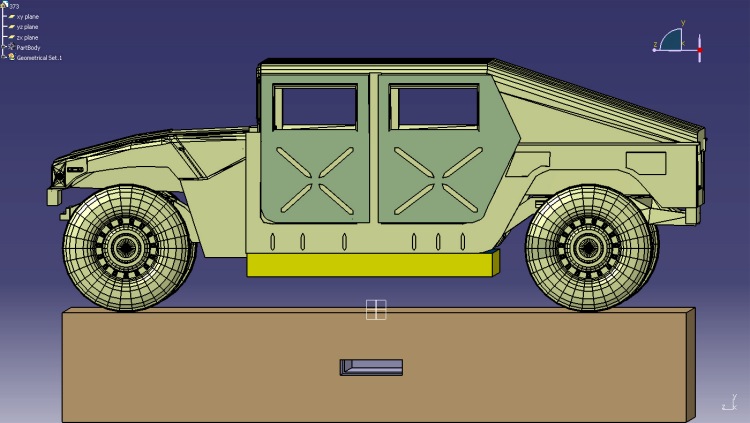 The device functions on the principles of quantum physics and wave destructive interference. It creates a counter shock wave through the use of sensors, reactive armor, and composite armor. We know from physics that a vector is a force with a magnitude and direction.

When a mine or IED explodes beneath the vehicle, laser sensors detect and quantify the shockwave and set off the energetic blocks which produce a counter shockwave and mass flux projected downwards degrading the in-coming wave and particles. The device will not allow the vehicle to be thrown in the air which can be fatal to personnel. Any remaining in-coming particle projectiles will not penetrate the shield or cause spalling.It is a product that can be easily mounted to vehicles. It is scalable and adaptable. No new vehicles need to be manufactured since it can be adapted to existing ones.

The device requires insensitive energetic materials such as LF-2 to produce the desired effect. But other formulas may be used. No prototype has yet been made nor is the device in production. The device will detect, measure, and destroy and IED or land mine. It is a smart device using a CPU and requiring a head-up display (HUD), inside the vehicle that transmits information to the users such as battery life on system components, and tampering information. It would also have a memory storage like an aircraft black box. This allows for the gathering of information, ie.-(temperature, pressure etc.), on any explosion that occurs beneath the vehicle. The information that is gathered on the IED is used to fine-tune and evolve the device over time to counter different explosions. The device also provides tampering information to the users, should a bomb be placed under the vehicle while it is parked. Finally the device can be removed from the vehicle and used as a shield to protect soldiers against attack in the defense of a perimeter. It can also be scaled and adapted to other vehicles or transports.

It is a shield for the hulls of vehicles and can be welded or fixed in a mechanical way to provide this protection. It is preferable to use a rail system to connect the device to the vehicle for easy removal by the crew or should the mission not require it.

It has no electromagnetic or compatibility issues. The architecture is open and its CPU can be brought in line with a computer network.

The manufacture of the device is not a complex endeavor. Most of the materials are readily available. The most complex items are the electronics and the Arc which can be made in sections as required. Although the electronics are sophisticated most components are also available on the market. The marketability to military or security forces is obvious but the development of the device is yet to be attained.