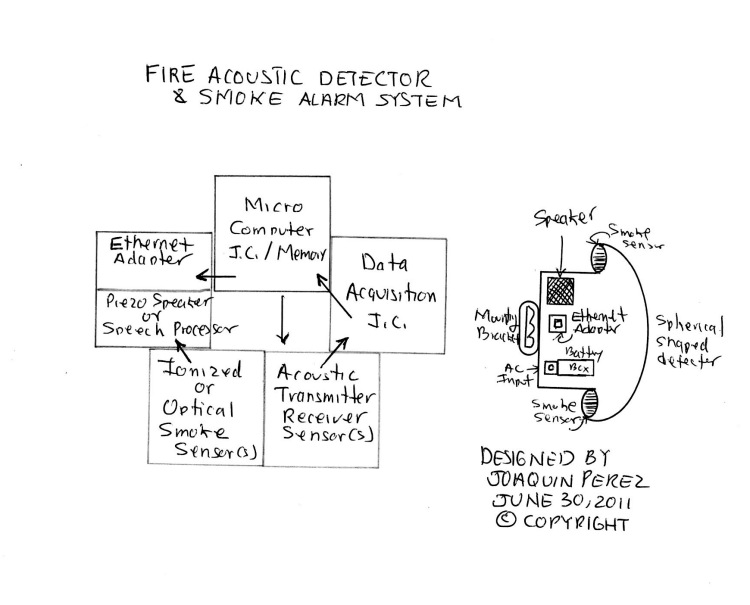 Innovation: To my knowledge no previous devices using acoustics have been manufactured to detect fires in homes just prior to become a full blaze. This device is unique because it will detect the fire just as is starting between walls and no visible or smell of smoke is present to warn of developed danger. This device could give people the extra time to get out of their homes to avoid injury and to call the fire department before is too late to save their homes. The problem with existing smoke alarms is that they will sound the alarm once the fire has produce enough smoke but not before. By using acoustic signatures or resonance you could detect the burning material by the sound it makes as it burns, as it has been known that most materials produce a burst or pop high frequency sound.

The principle behind my design is the following:

Manufacturability: Should not be hard as there are multiple companies making microcomputers in one chip. A lot of the components could be off the shelf and modified to fit design.

Marketability: Easy to market if you can save people a few minutes which in turn can save not only their lives but perhaps will give them more time to save their home.

Cost-effectiveness: Initial cost probably would be high until mass production gets started. Initial cost might not stop people from buying unit if the unit can really save them time to get out of their houses and call the fire department.